Chicago: Neither here, nor there 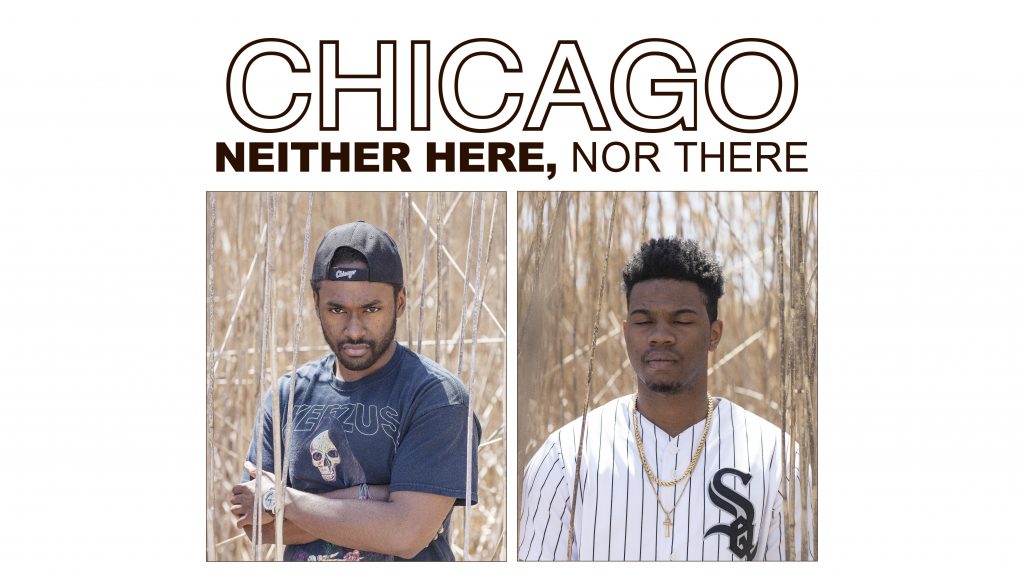 The city of Chicago redlined its black residents. The story of the segregated Chicago is prominent in the inner city. Those who live there understand this, while others believe it is a distant reality. If you leave that reality in the inner city and go to a place such as Iowa City, the entire battle changes. You are no longer around a community. You are alone. You are one of 1,035 black students at the University of Iowa, a school of 33,564 undergraduate, graduate, and professional students. It is as though self-segregation and isolation is a means to navigate this city day to day.
Glenn “Sonnie” Wooden
My family migrated to the South Side from Arkansas and Mississippi in the late 1800s. The black elite of Chicago was present there, areas such as Hyde Park and Bronzeville; then my grandmothers decided to move toward the West Side, where the promise of the suburbs was a little closer. They would later find out the black elite did not migrate to the West Side but maintained their position on the South Side. Once settled on the West Side, they found their family landlocked by gentrification and suppressed by food deserts. My family’s persistence has been prophetic. I am a first-generation college student graduating from the University of Iowa, and I will attend the University of Pennsylvania for a master’s in the fall.

But Iowa City presents an entirely new set of challenges. Iowa City is a place that markets itself on being diverse, it hooks you in by being a field of opportunity. The quaint town down by the river. Iowa never tells you it is 98 percent white, a mostly red state, and if you are black, you better get ready for the occasional “Nigger” to be thrown at you. Not many people see this Iowa City. They see another suburb at which to drop their white, college-ready children off at to make mistakes in a controlled environment that favors the white majority. The narrative of the black individual who struggles with this reality is barely ever written about.

Black individuals come to Iowa City hopeful and ready to become something. Oftentimes, we do not know what lies ahead, but we know it should be better than where we were. We face a different kind of violence. We navigate microaggressions, racism, classism, and the constant white fragility and nepotism that is pungent in the air. It is the new reality that is expressed behind closed doors with people who look like us. It is nearly forbidden to ever tell white people the truth here, but it is always acceptable to just smile and be someone’s black friend.
Joshua Housing
I was born and raised on the South Side of Chicago, just like the rest of my family. I was born at Mercy Hospital, and all but one of the schools I attended were on the South Side. The South Side is an odd place; there’s a flourishing community of blacks in a city in which they were never welcomed. They took communities they were redlined into and made homes, then branched out to areas in the city that were once neighborhoods for whites only. My paternal great-grandmother actually only was able to secure her home in South Shore because she was Creole with red hair. The atmosphere of resilience is instilled in all of us.

The story we are telling about Chicago comes from love. We wanted to tell our own narrative and show the community that they are cared for, and to tell those who see themselves as “helping” that we have it under control. We want to uplift our community and show that times may be hard, but we are fighting and will do what our ancestors did before us.