Smith: The Reality of Being Black in Iowa 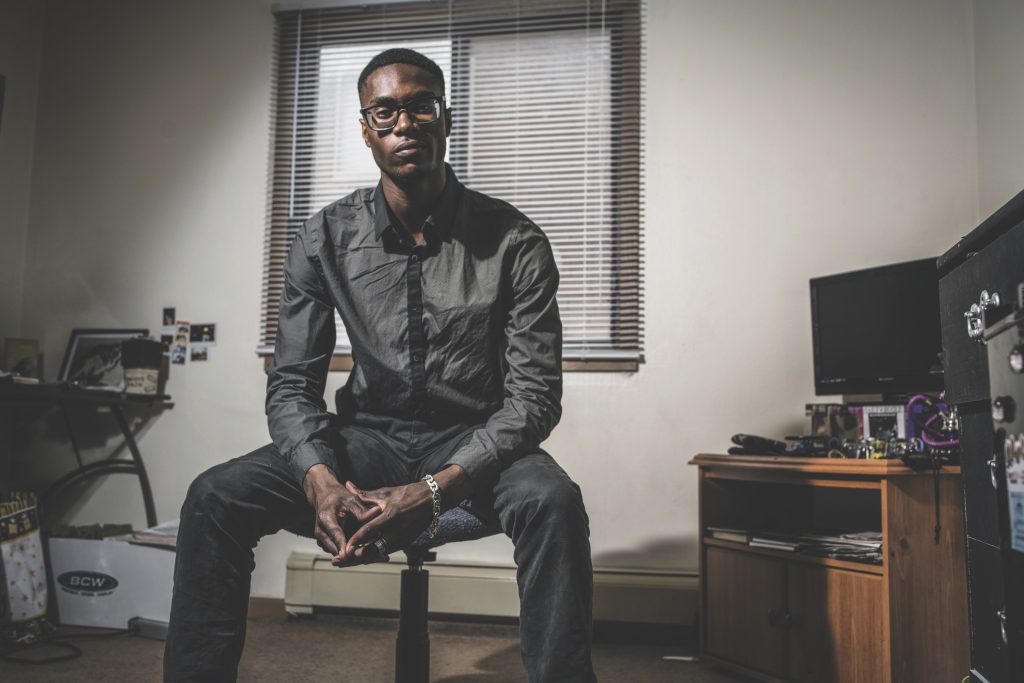 When I was about to graduate from high school in Grand Rapids, Michigan, many people ridiculed me for only applying to three colleges. My classmates had applied to eight or nine colleges and insisted I needed to broaden my options.

But I didn’t need to apply to 15 schools because I knew that no matter what happened, I was going to the University of Iowa. I wanted to to go to the UI because I’m a writer, and this is ranked No. 1 in the nation for its writing program.

When I told my family this, my mother said, “Enjoy all the White people and the corn.” I ignored everyone and came here anyway.

I didn’t think about the race, money, or location when I moved here. In my mind, it didn’t matter. I had secured a job at The Daily Iowan, I was a getting a degree for a career I loved, I was making connections with great writers, and I was following my dreams.

It never occurred to me that being one of 1,035 Black students in a school of 33,564 students would be a problem.

It’s been two years since I first visited UI to sign my registration papers. Now, I see the uglier side of Iowa. I see the kids crossing to the other of the street when I walk by. I notice professors complimenting me on how “articulate” I am. I hear conversations cease when I walk into the room.

“Sometimes the s****y part is you don’t know if it’s in your head or if it’s actually happening,” said UI senior Sam Osaro, who is involved in Hubbard Scholars, a black male group on campus, as well as the National Association of Black Journalists.

I felt crazy. People told me I was being overly dramatic, or that I was looking for racism in society, and that’s why I kept seeing it.

“As somebody who studies race, I can say that things aren’t just in people’s head,” said Jessica Welburn, a UI assistant professor of sociology and African American Studies. “I’ve gone into the CVS in the mall and felt like I was being watched and followed … And I knew that [the CVS employee] would never guess that I was a faculty member on campus.”

After my first year, I started to embrace my Blackness, and there was a massive backlash. Whenever I tried to speak out both in my classes and when I wrote for the DI, I was met with hate mail and bigotry.

After I wrote the story “Why the University of Iowa Needs Black-Only Events,” I received an email from “mlucky99” that said, “Can we get our drinking fountains back too. It goes both ways young man. Be careful what you wish for …”

RELATED: Smith: Why the University of Iowa needs Black only Events

When I grew my hair out, I was told it was nappy. When I wore a hoodie to my job, someone said I looked ghetto.

Black student activist and UI senior Matthew Bruce has described people telling him his natural hair being dreadlocks are unprofessional, and some have suggested he change it for job interviews.

The campus claims it’s diverse, and its motto is, “You Are Welcome Here.” But everywhere I turn, I feel as if I am instead being told, I am not welcome. My feelings on this issue are complex, but some UI students fully feel campus is “anti-Black.”

“My initial gut reaction is no, [UI is] not anti-Black. I think what the campus is, is status quo,” said Nadine Petty, the executive director of the Center for Diversity and Enrichment. “And the status quo here on this campus is White.

“Most of the campus community who are decision-makers are White, which means most of the programming and the services and the campus-focused activities are going to come from a lens that is also White.”

I find that people at the UI liked me more when I was being complicit in the racist beliefs on campus. They liked it when I laughed at stereotypes, such as “all Black men are criminals.”

They did not like it when I wrote stories dissecting those racist beliefs, such as my DI article “Acting Black, acting the part.”

When I say that this campus is not a place where Black students thrive, I am met with a five-worded response: “You chose to come here.”

Some would argue because of that fact alone, Black students should get over it. We did, after all, choose to go to this school.

Yes, I chose to go here, but I came here because I love to write. I did not come here to suffer racism both in and out of the classroom, and the idea that Black individuals should “know what they are getting into” is asinine to me.

I am not expecting the university population to have a Black percentage in the double digits, but that does not excuse both subtle, and blatant, racism. Saying that racism is just a product of being Black in the Midwest is the reason it still exists.