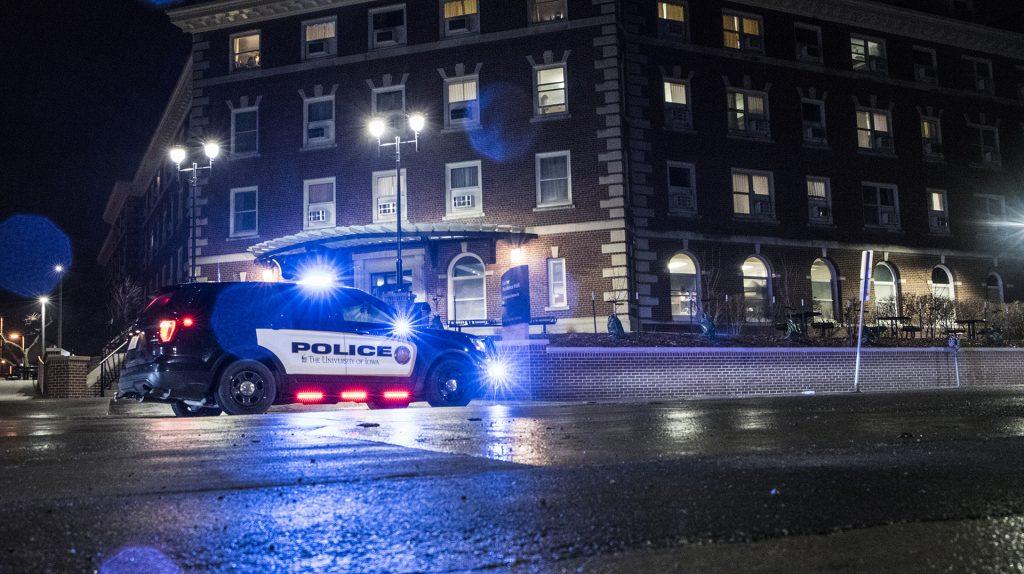 A recent study from the University of Iowa College of Public Health highlights the importance of being aware on the road, especially of emergency vehicles.

Published in the April issue of the journal Accident Analysis & Prevention, the study found police are nearly twice as likely to be involved in a car accident when in emergency mode, or when they have lights and sirens on. Fire vehicles and ambulances were also analyzed; neither were more likely to crash while in emergency mode than in usual mode.

This research was funded by Iowa Department of Transportation and the UI Injury Prevention Research Center. Co-author Corinne Peek-Asa said they decided to do the study after the Traffic Safety Bureau expressed interest in learning more about emergency vehicles and crashes.

Using data from the Iowa Crash Database for 2005-2013, the researchers determined whether each emergency vehicle involved in a crash was in emergency mode or not, then compared the numbers.

“Our findings showed that police vehicles were at increased crash risk when they drive in emergency mode and was especially problematic for the youngest and oldest drivers,” Cara Hamann, the other co-author of the study, said in an email to The Daily Iowan.

Peek-Asa said there are many factors that contribute to crashes. Age was one of those factors, as well as whether the vehicle was driving on an unpaved road, in bad weather, or through an intersection. She also noted factors behind the differences between police and ambulances and firetrucks with crashes in emergency mode, such as varied reasons for being in emergency mode and visibility on the road.

“When you think of fire trucks and ambulances, they’re big and you see them just because of their size,” she said. “Police often drive the same type of vehicles we drive, so by themselves, they’re not extra visible.”

Iowa City police public-information Officer Derek Frank said he was a little surprised at just how more likely it is for an officer to get in a crash while in emergency mode. Officers generally have a lot to deal with when responding to an emergency, such as digesting all the information as it’s given to them, figuring out the right response, and just operating the vehicle and paying attention to the road, but usually everything works out fine.

Despite this, Frank said he witnesses people not reacting correctly on the road almost every time he heads out in emergency mode. The most important thing to do when faced with an emergency vehicle trying to get through is to clear a path as quickly as is safe. Staying in one spot won’t help anyone, he said.