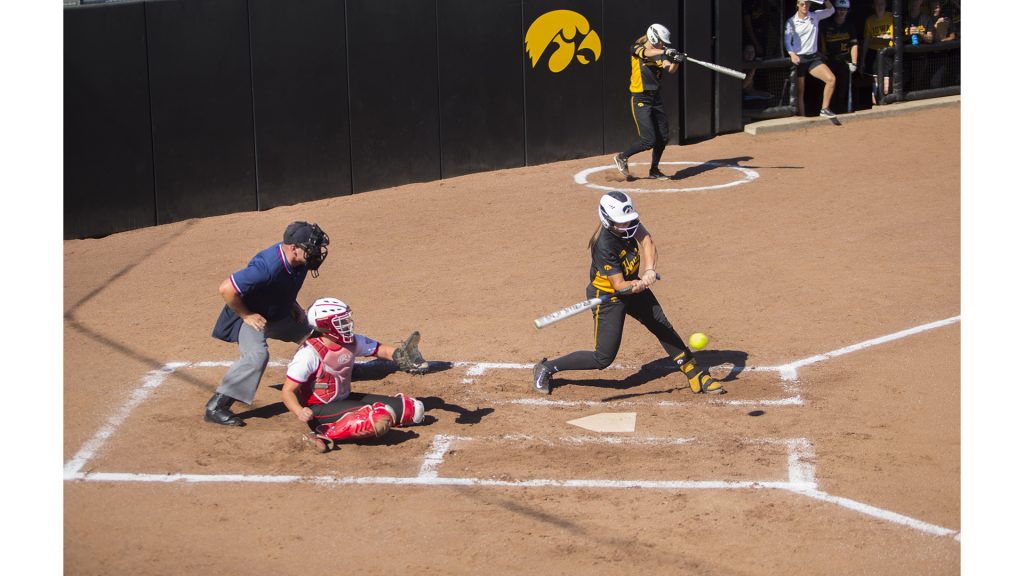 The Hawkeye offense jumped on the board first in the top of the first inning on an RBI single by right fielder Angela Schmiederer. In the Cyclones’ first offensive half, they collected 2 hits for 2 runs off of sophomore Allison Doocy.

The Iowa offense couldn’t step up and make adjustments that head coach Marla Looper has been preaching all year. Iowa State plated 2 more in the bottom of the third, both unearned, to set the score at 4-2.

“Iowa State did a good job of making adjustments in the circle and unfortunately we did not make those adjustments with them,” Looper said in a release.

The Hawkeyes had 5 hits on the day, all coming from the top five in the order. Schmiederer came away with 2 hits to lead her team, with second baseman Lea Thompson, shortstop Aralee Bogar, and catcher Taylor Libby also joining in on the action.

Five runners were left on base for Iowa, also leading into the disappointing defeat. Adding in an error on the defensive side, and it’s clear the squad is struggling to get back on track.

In the circle, Doocy took the loss and is now 12-12 on the season. After earning 2 runs on 5 hits with 2 walks and 3 strikeouts, senior Kenzie Ihle came in to pitch the final two innings, allowing only 1 hit.

“Ihle did a great job coming in, changing tempo on them, and letting us get through the rest of the innings clean,” Looper said in a release.

Iowa’s last win came on April 10 in the first game of a doubleheader at Nebraska. Since then, it has dropped seven Big Ten games and two non-conference matchups.

All hopes of having a .500 season or above are lost. With only six Big Ten games left on the schedule (before the conference tournament), the Hawkeyes can hit .500 in the conference, and 25-26 overall.

With the Big Ten Tournament just over two weeks away, the pressure now is on Iowa to beat out those teams below them.

Michigan State and Purdue both have four wins in the conference, compared to Iowa’s five.

Purdue’s next series is against Minnesota, which has won nine games in a row. In the last regular season conference series, Purdue comes to Iowa in a matchup that could potentially decide Big Ten tournament seeding.

Michigan State plays Rutgers this weekend, which only has two wins in the Big Ten so far. The Spartans will then play Michigan again for one game and finish out the regular season at Maryland.

Penn State is currently 13th in the conference with a 3-14 Big Ten record. It will play Illinois and Minnesota to finish out the season.

The Big Ten Tournament takes the top 12 teams out of 14, so Iowa has a good chance to outlast Penn State and Rutgers with the records and upcoming schedules. However, depending on how the upcoming weekend turns out, Purdue could overtake Iowa in the standings with a sweep in the last series.