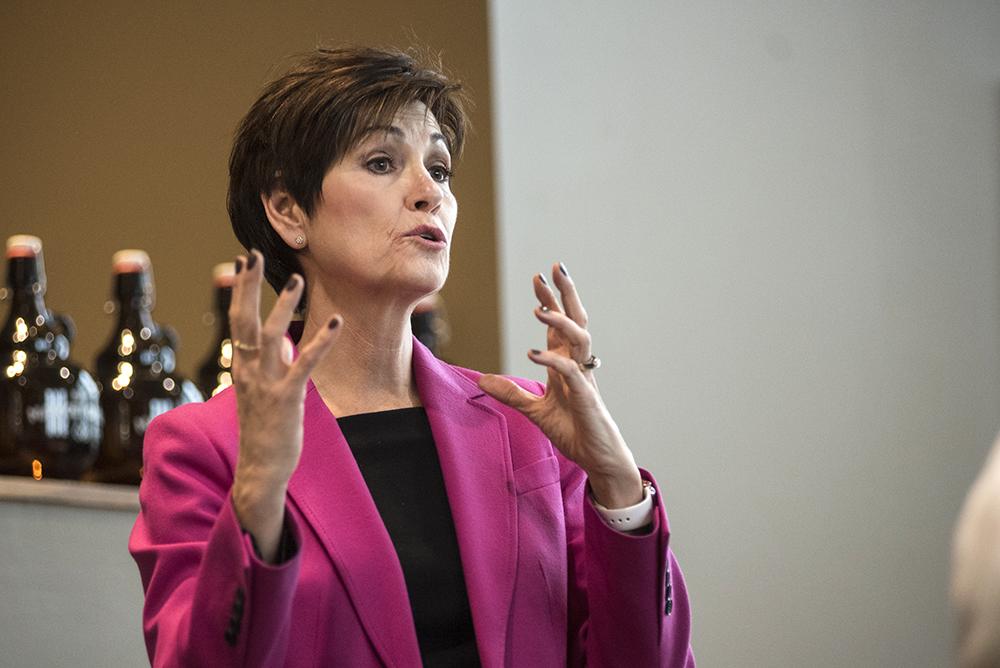 A bill to train school employees for suicide prevention is at the forefront of Gov. Kim Reynolds’ mental-health agenda.

The bill, Senate File 2113, was part of the focus in Coralville on April 5, where Reynolds discussed the bill as an important mental-health resource in schools.

“I talk a lot about mental health; we need to make sure we have a system in place that addresses children’s mental health so that we can have a resource in schools that can identify signs sooner rather than later,” she said.

According to a press release, Senate File 2113 is described as “an act requiring school employee training and protocols relating to suicide prevention and the identification of adverse childhood experiences and strategies to mitigate toxic-stress response.”

In 2017, the suicide rate in Iowa per 100,000 population was 13.95, slightly higher than the national average, 13.26, according to the Iowa Department of Public Health. The agency also reported that suicide is the second leading cause of death for people ages 15-34 and is ninth leading cause of death in Iowa.

“If you see a kid who is isolated, go over there and invite him over here, talk to him, make him be a part of the group,” Reynolds said. “We all have a responsibility to be aware of what’s going on, making sure that we’re including people, that we’re not leaving people out, that they’re not feeling isolated.”

City High Principal John Bacon said there have been students who have been affected by suicide, and he understands how extremely traumatic that experience can be. He wants to remain sensitive about the topic.

“I would be very open and excited to learn about professional development being proposed; it’s clearly very important,” he said. “There are a lot of different things competing for time, and this is something we should pay attention to.”

Bacon said City High counselors receive training and have student-family-advocate presentations that are given to the staff.

He stressed the importance of students feeling as though they are able to reach out to the staff in times of need, and he said school officials want to ensure each student has established a trusting relationship with at least one other adult in the building.

“We really pride ourselves with relationships with each and every student,” Bacon said. “We want to make sure our students don’t slip through the cracks.”

At the Coralville event, Reynolds also talked about signing House File 2456, which works to expand health care in Iowa by opening up access centers in residential areas and by creating a 24/7 crisis hotline.

By creating access centers, she said, people who don’t necessarily need to be hospitalized could receive adwequate care while staying around their families.