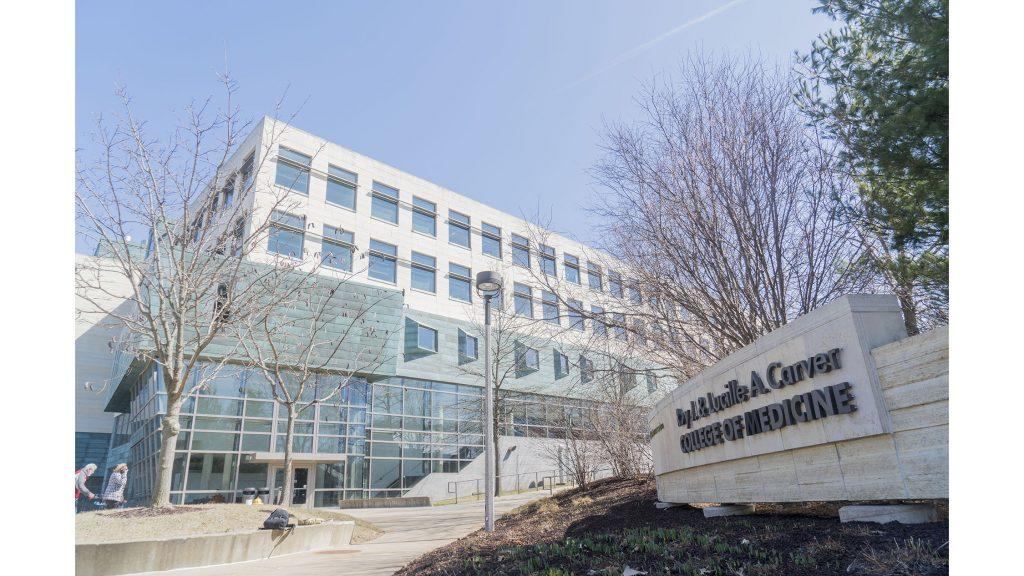 The Carver College of Medicine is pictured on April 4, 2018.

The University of Iowa’s National Ferret Resource and Research Center recently came under fire by the organization Stop Animal Exploitation Now, a group founded to end alleged abuse of animals in laboratories.

In October 2017, an animal-care technician found a dead mother ferret, called a jill, and two dead ferret babies, known as kits. A second jill was found to be in labor and was, for the first time, separated and labeled as a breeder animal.

The jill in labor produced numerous dead kits. She later fell ill and was euthanized. This added up to two dead jills and at least five dead kits. The necropsy (the animal form of an autopsy) showed that the two jills had been impregnated by a genetically engineered male ferret, or hob.

Jennifer Lassner, the UI senior assistant vice president for Research, filed a report to the National Institutes of Health on Dec. 28, 2017, after a meeting with the Institutional Animal Care and Use Committee.

Michael Budkie, a cofounder and executive director of Stop Animal Exploitation Now, filed a complaint against the UI with the U.S. Department of Agriculture/Animal and Plant Health Inspection because of alleged violations of the Animal Welfare Act.

Budkie stated in the complaint that the UI violated sections regarding adequate veterinary care as well as personnel qualifications.

RELATED: UI gets its goat

“If the laboratory staff would have labeled the ferrets as breeders, they would have had more frequent observations,” Budkie said. “If the animals were watched closely, they could have been given ultrasounds to determine if the kits were already dead. Leaving de ad fetuses in utero gives risks to the mothers.”

Stephen Pradarelli, the strategic communications director for the Office of the Vice President for Research and Economic Development, said in an email to The Daily Iowan that after the situation had been reported, IACUC took immediate action.

“After looking into the matter, IACUC ordered retraining of the research team’s lab staff, implemented new protocol to ensure adherence to appropriate cage labeling procedures, and notified the Office of Laboratory Animal Welfare in the National Institutes of Health,” Pradarelli said.

James Sheets, attending veterinarian and director of the UI Office of Animal Resources, seconded Pradarelli’s statement. His office provides veterinary care and services to all research animals on the UI campus.

“The OAR’s mission is preservation of the university’s animal research privilege and maintenance of a quality animal care and use program,” Sheets said. “The OAR staff are composed of extremely dedicated professionals that work tirelessly to ensure the health and welfare of the animals in their charge.”

The ferret violation is not the UI’s first encounter with reports of animal negligence from the USDA. In 2016, a goat was being transferred and subsequently escaped because of improper handling practices. After being distressed, the goat was euthanized.