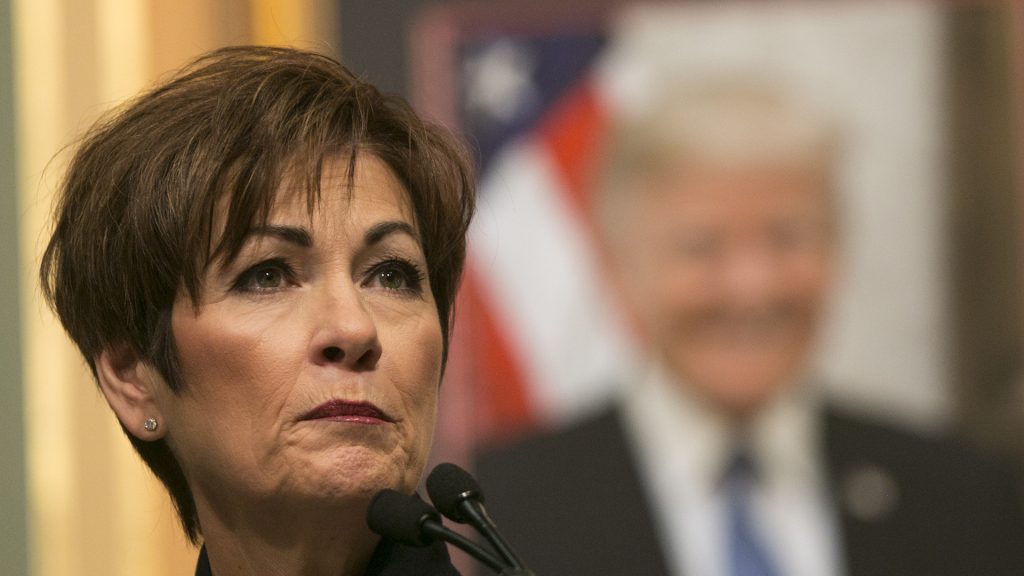 Iowa Gov. Kim Reynolds speaks during her first Condition of the State address in the Iowa State Capitol in Des Moines on Tuesday, Jan. 9, 2018. Reynolds took over the governor office in May of 2017. (Joseph Cress/The Daily Iowan)

Gov. Kim Reynolds signed 23 bills into law on Wednesday, one of which will cut $10.9 million from the fiscal 2018 budgets of the University of Iowa and Iowa State University.

In a press release from the Governor’s Office, Senate File 2117 was among those Reynolds signed.

Following the passage of the bill in the Legislature, UI President Bruce Harreld issued a statement with the deans of each college and other campus leaders saying their respective units would recommend places to cut funding on campus, as well as areas to increase revenue.

In order to achieve the UI’s goal of promoting student success, bringing in new talent, and hiring the best employees, Harreld said in the statement, tuition will need to be raised following the funding cuts.

“Requesting a tuition increase from the Board of Regents is not an action that the university takes lightly; however, it is now necessary in light of this continued generational disinvestment,” the statement said.

The state Board of Regents has delayed discussing tuition at Iowa’s universities until April.

In the statement, UISG said it understands the university will have to raise tuition to make up for the funding cuts, but the university must find a way to keep student debt low and increase graduation and retention rates.

“The data are clear: there are a significant number of students who struggle to afford their education at the UI, and students do not graduate at an acceptable rate,” the statement said.