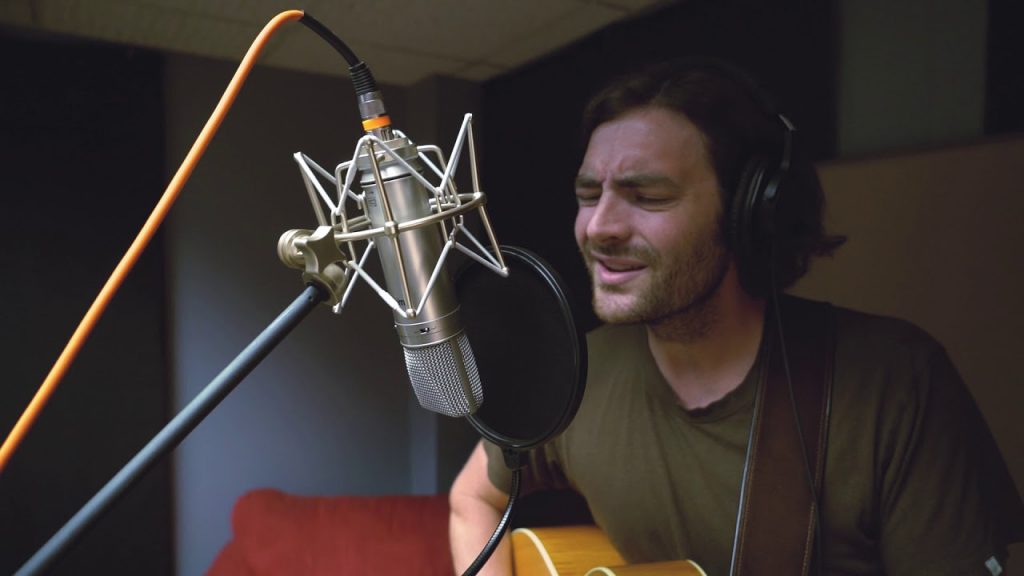 Ryne Doughty’s roots-Americana music is deeply entwined in real-life experiences, and love and loss are at the forefront of his narrative lyricism. As a musical storyteller, Doughty melds fingerpicking guitar with a resonant baritone voice.

He says his songwriting process is based on chord progressions and freestyling. He started out as a folk musician but quickly implemented a breadth of genres, including blues, country, and bluegrass.

As a native of rural Polk County, Doughty references Iowa as a critical influence both musically and culturally. He is inspired by the hardworking, blue-collar mentality of local laborers and farmers.

“I got introduced to folk music at a young age when a neighbor of mine used to have massive fire-pit parties where he would bring over all of his folk friends, and they would trade songs all night,” Doughty said.

His approach to guitar is inspired by the great singer/songwriter Greg Brown. Doughty said he was initially intrigued by his vocal and instrumental versatility. Fingerpicking guitar allows for clearer baselines and melodies and also creates a unique aesthetic that appeals well to interactive crowds.

Doughty takes pride in his live performances, which have taken him all over the Midwest. Connecting with new audiences and interacting with loyal fans are two of his biggest goals when touring, he said.

After spending a few years in the Colorado mountains, he saw the time as an invaluable opportunity to write and reflect.

“Colorado brought a lot of new things to my songwriting, and it also allowed me to reflect on my time in the Midwest,” Doughty said. “Colorado was also instrumental in my progression as a musician because the competition was so stiff out there. It made me up my game and realize what I love about the Iowa [roots-Americana] sound.”

“All of my albums have been a reaction to the previous album,” said Doughty. “For Date Night, I wanted to bring the songs to life more and have fun creating a bigger sound. I had great musicians to work with.”

His streamlined solo performances are filled with soul and energy. He said he plays each show “like it is the last time I will ever sing or play the guitar.” With this mentality, Doughty hopes to carry on the rich Iowa folk tradition by expanding his tours out of the Midwest as well as entering the small-theater circuit.

Doughty has performed in Iowa City numerous times at venues such as the Mill, Big Grove, and the Farmers’ Market. As a graduate of the University of Iowa, he said, his time in Iowa City were some of his most formative years. As an undergraduate, he played at open mics, local bars, and jam sessions, while honing his craft as a songwriter.