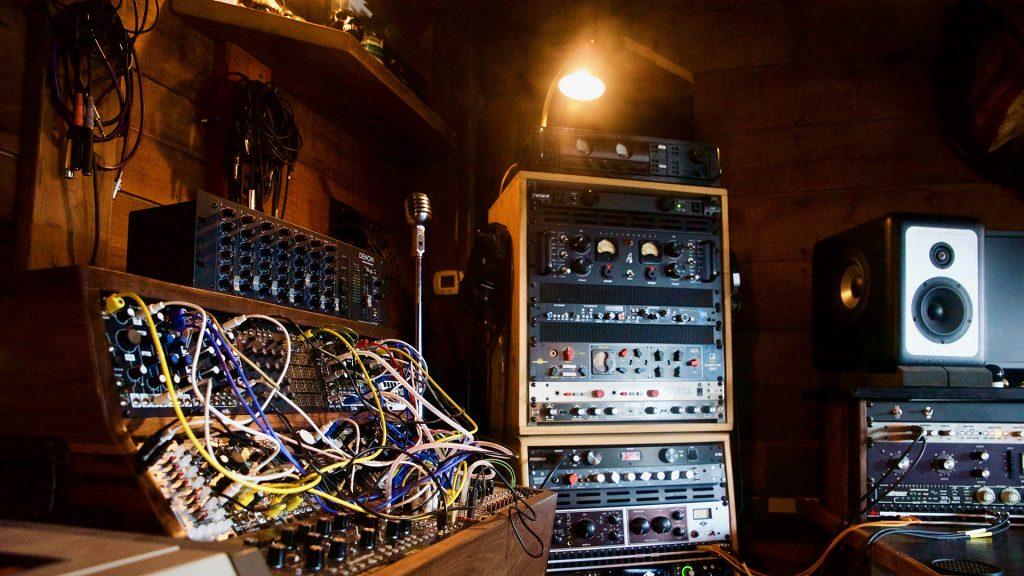 Soul Sherpa has played in Iowa City for roughly two years, and the fusion-jazz-inspired music collective has only two singles to show for the work. The band will bring a fresh set of tracks to the Mill on Friday from its album Same Wave Train.

The album was recorded at Flat Black Studios, a resort-style studio south of Iowa City owned and operated by music veteran Luke Tweedy.

“Luke knows so much,” said Ian Draves, Soul Sherpa’s leader and bassist. “It’s great to work with somebody so professional, yet so lenient.”

Leniency, along with the patience of a grade-school teacher, is paramount when working with Soul Sherpa. The group packed a full 10-piece ensemble into the studio, along with a camera crew.

The film crew recorded a preview for the band’s new album, and a music video for the lead single.

Draves and drummer Lukas Jack started the band. The two began their friendship playing in the jazz band at Kirkwood Community College.

Influences from their work at Kirkwood and a desire to groove a little harder led to Soul Sherpa.

“I think our first gig was a Halloween party, opening for the Hex Sisters,” Jack said. “They asked us to open for them, and we realized we actually had to do it in front of people.”

This led to a member of the party’s host house hopping on stage for an impromptu tryout, and that led to the idea of adding a full horn section. The combo turned ensemble now features alto and tenor saxophone, with a brass choir that includes trumpet and trombone.

“It is inspiring to know this many people can work together on something this complex and figure it out,” Tweedy said. “Good for them, I say.”

Soul Sherpa’s place in the Iowa City music scene will be defined by its 2018 release.

“Our scene has something for everybody,” said Tweedy, who engineered the majority of Soul Sherpa’s new album. “Soul Sherpa is a part of a long line of bands putting music out, playing shows, and seeing what they can do with their talents, and hopefully, getting some traction in their carved-out niche.”

Many members of the “long line of bands” that Tweedy describes have come through his studio.

“I get the extreme pleasure and honor to record about 50 bands a year [from all over the county], and the studio does about 60 albums a year,” Tweedy said.