The proposed budget plan for the 2019 fiscal year presented to City Council on Tuesday promises an “inclusive, just, and sustainable Iowa City”. 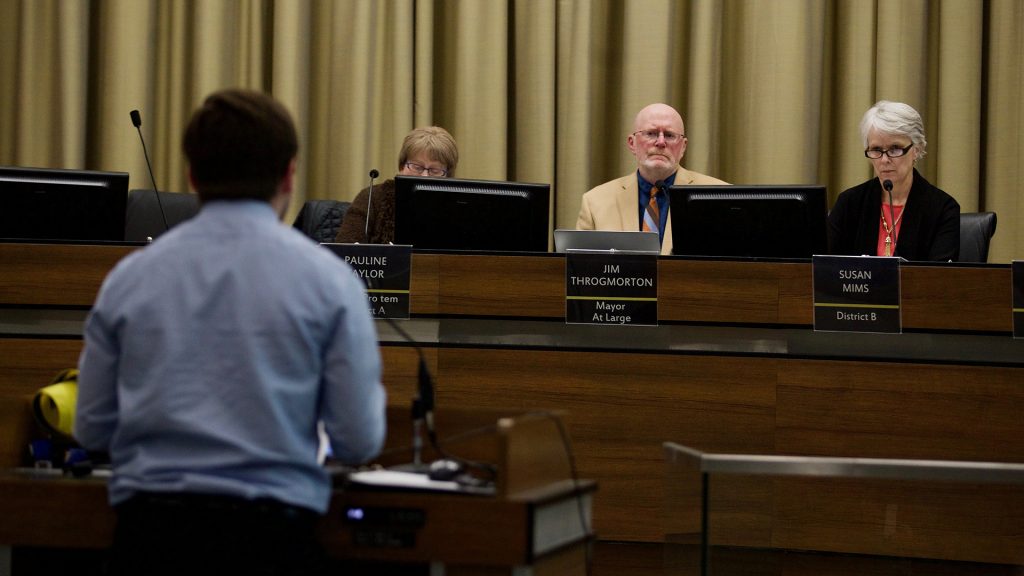 The 2018 fiscal year brought many changes to Iowa City including the Bike and Park Master Plans, improvements to the Pedestrian Mall, river bank restoration, and road construction.

A general obligation bond is secured by a state or local government’s promise to use legal resources. A recent example of this are the renovations for the Pedestrian Mall.

With the low debt the city owes and the high debt limit given, Iowa City is using around 20 to 30 percent of their limit, according to the FY 2019 Proposed Budget Plan presented in the City Council meeting on Tuesday night.
RELATED: City Council ponders budget past & future
City Manager Geoff Fruin said the strong fiscal state will lead to growth and establishment of many aspects of the city.

“Strong growth has allowed for a projected $4.9 million for emergency reserve funds, $2.5 million for public works facilities, $2.8 million budget for the Johnson county behavioral access center, and a $750,000 contribution to the affordable housing fund,” Fruin said.

This budget is in anticipation of the state ending backfill payments. As previously reported by the Daily Iowan, backfill comes from a tax amendment started in 2013 that reduces the taxes of commercial and industrial properties to 90 percent of their value. The remaining 10 percent is covered by the backfill state funding. This saves Iowa City an annual amount of $1.5 million dollars.

If the State decides to keep the backfill, the contribution towards affordable housing will raise to $1 million.

“I’m very proud that we have upgraded the affordable housing budget to $750,000,” she said. “I hope the backfill doesn’t fall through so we can give $1 million dollars to it.”
RELATED: City Council approves Ped Mall renovations, waives cafe fees
The main goal of the strategic plan is to create a “more inclusive, just, and sustainable Iowa City”, according to the proposed budget plan.

The seven current priorities include a promotion of a strong economy, encouragement of a vibrant community, furthering the goal of healthy neighborhoods, maintaining a solid financial foundation, enhancement of community and intergovernmental relations, promotion of environmental sustainability, and the advancement of social justice and racial equity.

Geoff Fruin expanded on the current priorities to also include the most crucial issues to Iowa City.

“Strong financial position enables us to tackle some of the most pressing issues,” Fruin said. “These include flood recovery, major infrastructure repair, enhancement of open spaces, affordable housing, the access center, and a more integrated transportation network.”

Councilor Susan Mims commented on the broadness of the proposed budget.

“We’ve increased various aspects of the budget that help various members of the community,” Mims said. “This makes it a more attractive community to come and live in.”

The proposed budget plan was approved 6-0 with councilor Botchway absent.