The night of the false shot in Currier Hall 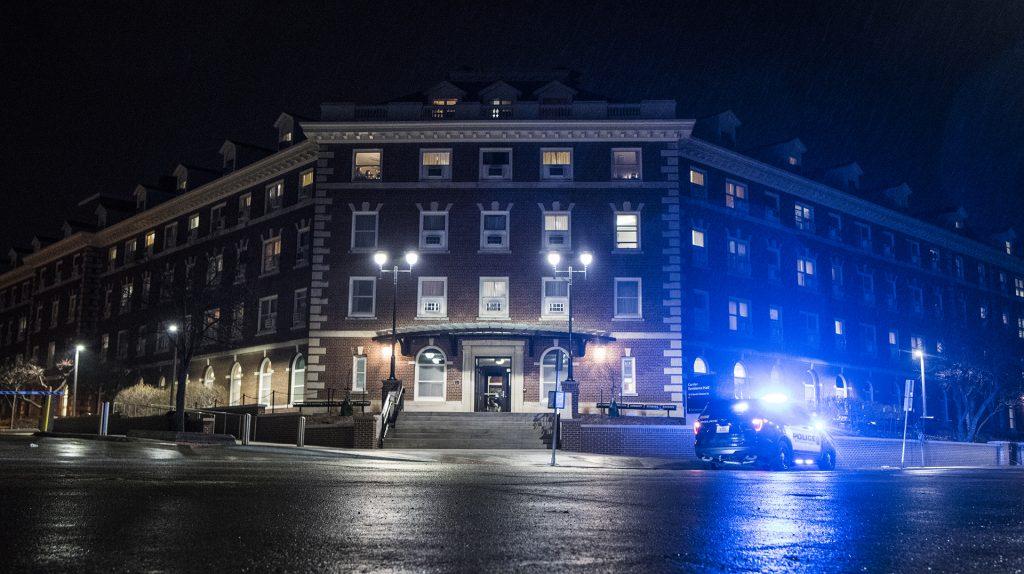 At 11:11 p.m. Wednesday, I was listening to music in my room. My homework was done, and I decided to get ready for bed when I got two messages at the same time. One came from my RA, the other from my editors at The Daily Iowan, asking if someone knew what was happening at Currier.

Confused, I read my RA’s message next. She told us there was something happening in or around Currier, and the police were advising students to stay in their rooms.

Later, I learned that there hadn’t been any real situation, and everyone was safe. A statement released by the University of Iowa Department of Safety said a student reported a loud noise that sounded like numerous gunshots, but after police responded to the call, they determined there was no indication that shots had been fired, and they were confident the sound did not come from a firearm.

I knew all this later, but at the time, I was in the dark.

My entire body went on lockdown. I couldn’t move, just thinking about what could be happening in the building while my roommate slept. My mind jumped to a shooter roaming from floor to floor, trying every door to see if it was locked.

I looked around my room, trying to decide where the best place to hide if someone tried to break down the door when I started getting more messages, telling of rumors about a student with guns in the building.

My pulse skyrocketed, and I briefly thought about calling my parents to tell them I loved them before deciding against it. I didn’t know anything for sure, and I didn’t want to scare them for no reason.

As soon as students got the all clear to leave their rooms, I raced through the hallway and down the stairs to the first floor. Heads poked out of doorways, and wide-eyed students clustered together, whispering, trying to figure out what was going on.

I ran into one of my friends on my way down the stairs, freshman Allie Hopkins, and she told me around 20 cops with guns were in the lobby and made her leave the building when she was trying to get her mail. No one would tell her anything.

“I didn’t know what was happening, and they had guns, it was ridiculous,” she said. “With what has happened recently … it was really scary.”

By the time everything was done, it was close to midnight. I had figured out everything I could, the adrenaline was wearing off, and I ready to just fall into bed. When I tried to sleep, however, my mind wouldn’t shut off.

What if there had been a shooter? What would I have done? What if I became another victim of the shootings that seem to be a common occurrence? These questions kept me up for the rest of the night.

Hopkins had some of the same questions, and a few others about what she said she saw as a chaotic reaction from the police and residence hall.

“I’m angry, because I feel like Currier didn’t have a protocol. What if there was an active shooter? It was a mess,” she said. “I left my room not knowing what could have been going on downstairs, and I feel like there needs to be a more set protocol.”