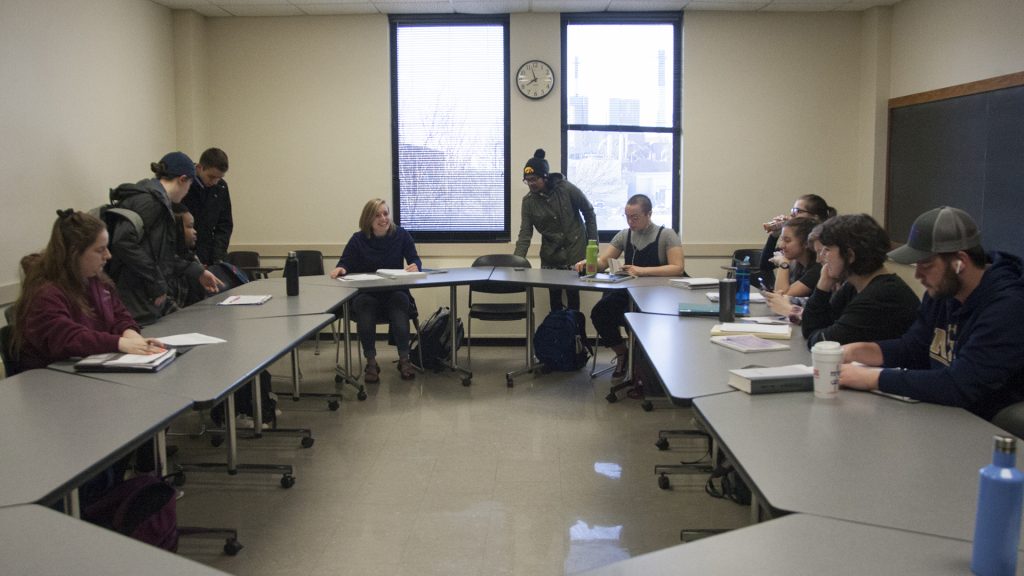 The English/Creative Writing Program has seen a surge in student enrollment since its inception in the fall of 2016. It is one of the most diverse programs, attracting many out-of-state students and international students.

The program has 526 undergraduate students enrolled in just its second year. The major is one of the most diverse, with 23 percent coming from minority backgrounds, according to an IowaNow article.

The English/Creative Writing major grew out of the creative-writing track, which was a part of the former English major.

The English major focuses on discussing the history of English literature and different literary movements that occurred. Students in the major might aspire careers such as professors or English teachers. The English/Creative Writing major has half its classes drawn from the English major.

However, this major also features a range of courses that teach students creative writing across the genres of fiction, nonfiction, and poetry.

A big pull for so many students is the reputation of the Iowa Writers’ Workshop and other writing programs, such as the International Writing Program, the M.F.A. in translation, the Nonfiction Writing Program, and the Playwrights’ Workshop, said Professor and chair of the English Department Claire Fox.

“Creative writing is becoming more popular as an area of undergraduate study in the U.S., but the UI is uniquely positioned because of the strength of its graduate writing programs on campus,” Fox said.

Iowa City is a place in which one could learn writing in the classroom and then enjoy a literary culture that the city has to offer, Fox said.

“The English and Creative Writing Program provides majors with a rigorous, critical education in English, and yet, it also brings into that education the resources of a university that has been historically dedicated to creative writing,” Writers’ Workshop Director Lan Samantha Chang said.

Although many other universities offer the major, the UI’s historic affinity with writing and literature makes this major special.

“The molecules of the air of Iowa City have been breathed by more illustrious writers per capita than any other city in the country,” Chang said.

A lot of English majors switched to English/Creative Writing as soon as it was announced. So, the first students came from the English major.

“But then, shortly after that, we did notice that there was an increase in applications from other regions of the United States and even international applications,” Fox said. “These were from students who wanted to study English and Creative Writing at UI.”

UI junior Austin Hughes was admitted to the department as an English major. But after talking to Robin Schiff, the director of the undergraduate Creative Writing Program, he switched to English/Creative Writing.

Hughes came to UI with the ambition to write. When the major announced, he wanted to broaden his horizons by trying something new.

“Robin [Schiff] had [described the major] in the vein of [something] for people who cannot help but read when they write and who want to write when they read,” he said.

One appeal of the major is that students get to pool classes from different areas of studies such as fiction, nonfiction, and poetry.

“What I imagine [five years from now] is this will be a department in which we honor a range of writing practices from literary criticism to fiction, nonfiction, and poetry,” Fox said. “And where the undergraduate community is engaged in constant exciting and scholarly endeavors around literature.”