“Motown: The Musical” to light up Hancher 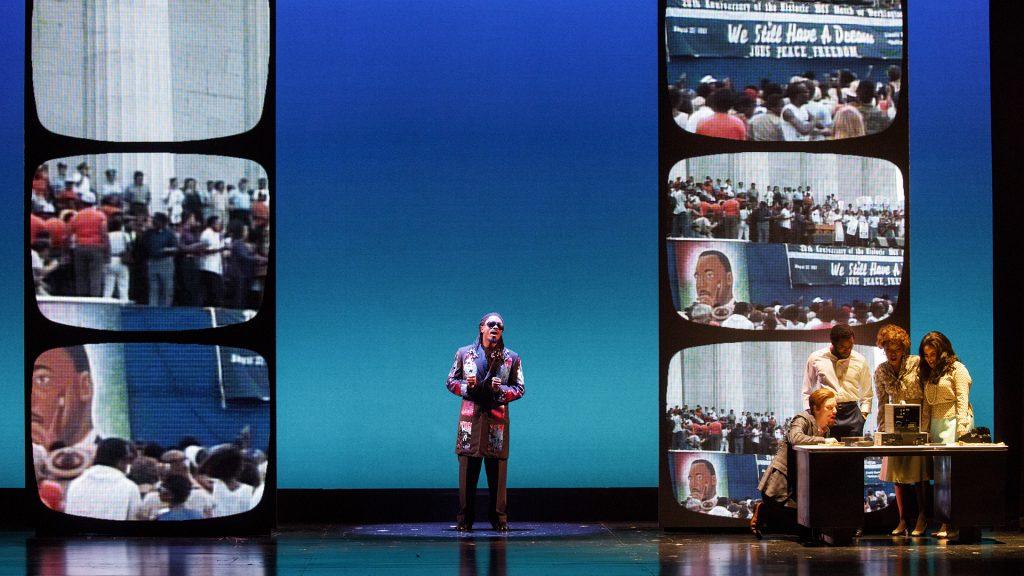 When Berry Gordy opened a record label in Detroit with $800, he began a movement that opened minds to sensational artists and new sounds. During a time when the music industry consisted of primarily white artists, Motown established opportunities for African-American artists to create and share their music with the world.

As a result of Motown, music stars including Diana Ross, Stevie Wonder, Smokey Robinson, Marvin Gaye, The Temptations, Jackson 5, and The Supremes amazed the nation with their talent. Eventually, the world acknowledged and adored music by these African American artists.

Tonight at Hancher, Motown: The Musical will depict Motown’s music and story, while talented Broadway stars perform more than 60 songs from Motown’s most prominent stars along with live musicians playing the instrumental melodies in the orchestra pit.

“Berry Gordy to me is a huge inspiration because he beat a lot of odds — a lot of things that were against him,” said Erick Patrick, who began performing when he was 13 years old and now plays Marvin Gaye in Motown: The Musical. “He just had a bigger vision for his life and for the music industry in general.”

Every cast member of Motown: The Musical had the opportunity to speak with Gordy, and he told them first-hand stories. Patrick described the encounter as surreal.

“He told me a lot about the people — those first groups like The Temptations — he just told me that they were, honestly, just regular guys off the street who really enjoyed singing and had that star quality,” Patrick said, “They were just regular people, [and] I feel like that is really inspiring, especially today where society [pressures musicians] to look a certain way or sound a certain way, but these people were just regular people who clearly wanted to sing — had a hunger for it.”

Along with the Motown artists’ exceptional singing, the artists also incorporated dancing into their performances, which will thrill audiences by adding even more exuberance to the music.

“The music of Motown is very exciting and lends itself to theatricality, especially [with] the dancing, because it’s a big part of Motown,” said University of Iowa theater lecturer Megan Gogerty, who has studied playwriting, musical theater, and dramaturgy for 18 years. “It’s not just the music, but the presentation of the performers, so I’m eager to see what that looks like on stage.”

Hancher will bring an astonishing performance to those who do not have access to Broadway musicals in New York City and those who have never experienced one.

“We are looking for ways to bring magical experiences to Iowa City and create memories for [audiences] to treasure,” Hancher Executive Director Charles Swanson said. “It’s amazing what impact music can have on a society, [and] music is the magic for sure in this.”

When Gordy established a new sound in the music industry, he created opportunities for musical talent from all races. Broadway’s Motown: The Musical will immerse audiences into a story that focuses on the beginning era of Motown and its artists, who created its strong Motown beats.