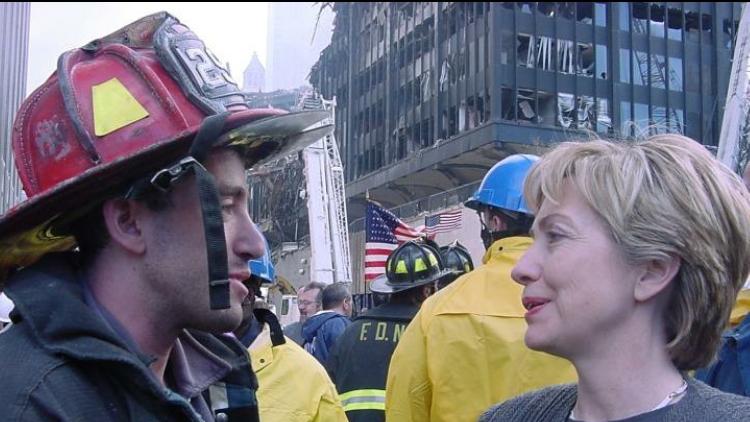 On Nov. 1, 1991, when his neighbor straight across the hall from his dorm room said there had been a shooting on campus, then-sophomore Michael Weinstock ran out of Hillcrest and hopped on a Cambus toward Van Allen Hall, the site of the shooting, without even thinking about it.

Weinstock, now a lawyer who owns a private practice in New York City, grew up in New York and had served as a volunteer firefighter/EMT when he was in high school. He had responded to numerous shootings before he was legally an adult. So when he heard about a shooting at the University of Iowa, on his own campus, he wasn’t afraid and just wanted to help someone.

“It was a no-brainer,” he said. “It was what I did in New York, and I figured they would be short-handed.”

By the time Weinstock got to Van Allen that late afternoon, only a couple of emergency vehicles sat outside. The shooter, Gang Lu, a UI graduate student with a hit list of victims including faculty and a fellow student, was nowhere to be found. Weinstock identified himself to the police officers as a volunteer EMT and ran inside. He found other EMTs tending to victims, but he saw one victim, alone, lying on the other side of the room.

“The guy was on the ground with one bandaged bullet wound,” he said. “He was put off to the side because they thought his injuries were less than the others. All I saw was a man being left by himself on the floor.”

The man was Linhua Shan, a postgraduate research investigator for the Physics/Astronomy Department after receiving his doctorate that May. He was also Lu’s former roommate.

“I kept him company, took his vitals, got a conversation going, talking about his family back in China and made corny jokes,” Weinstock said. “I held his hand for a while. I would’ve been scared out of my mind. I don’t always hold patients hands, but I did that day.”

Weinstock said he helped transport Shan on a stretcher, and when they both got outside, there were a lot more police cars, ambulances, and reporters all around.

“I initially tried to step off when I saw the cameras when we stepped out of the building,” Weinstock said. “Another EMT grabbed my jacket, holding me back to try to block the victim’s face while people were filming and taking photos.”

“I told him [Shan] that I would visit him at the hospital,” Weinstock said. “Obviously, that never happened.”

Shan was one of five victims who died in the 1991 shooting.

Weinstock said part of the reason he wasn’t shaken up during the events of the shooting was because of a car accident when he was a new firefighter in New York. The accident resulted in a few fatalities.

“Some guys were really shaken up by it,” Weinstock said. “I remember because my friend’s patient had died. That friend was later killed on 9/11.”

The friend, Jonathan Ielpi, was in a fire truck when one of the World Trade Center towers fell. He and everyone else in the truck were killed.

“When I was a freshman at Iowa [in spring 1991], I had the admissions people personally send him a letter to try to get him to come to Iowa,” Weinstock said. “But he stuck around in New York.”

Weinstock moved back there, too, after graduation in 1994. On Sept. 11, 2001, Weinstock looked out his window in downtown Brooklyn and saw a wave of black smoke pouring out of one of the towers of the World Trade Center.

“I did the same thing I did at Iowa,” he said. “I grabbed my firefighter T-shirt and my supplies, and I waved down an ambulance.”

As the ambulance made its way to Manhattan, the second tower was struck by a passenger jet, just like the first tower.

Weinstock arrived and unloaded medical supplies when the tower began to crumble.

“I felt and heard it before I saw it,” Weinstock said. “I felt the ground and sky rumbling. I made eye contact with another guy, and then we ran as quickly as humanly possible.”

As the debris kept falling, Weinstock and the others made it into a building. The ambulance they arrived in was crushed.

After the second tower fell, Weinstock was treating victims in the building in which he and others had sought shelter. He and other first responders set up shop in a conference room and used water bottles they found to wash out the debris from people’s eyes. One firefighter had a piece of metal protruding from his chest.

At one point, someone came in the room and told everyone that the United States had been attacked.

“I remember thinking, ‘What the f— is going on?’ ” Weinstock said. “I was just in bed, listening to the ‘Howard Stern show’, and now we’re at war. I went outside after that and saw all of the debris in the road and in the sky — that white snow falling down.”