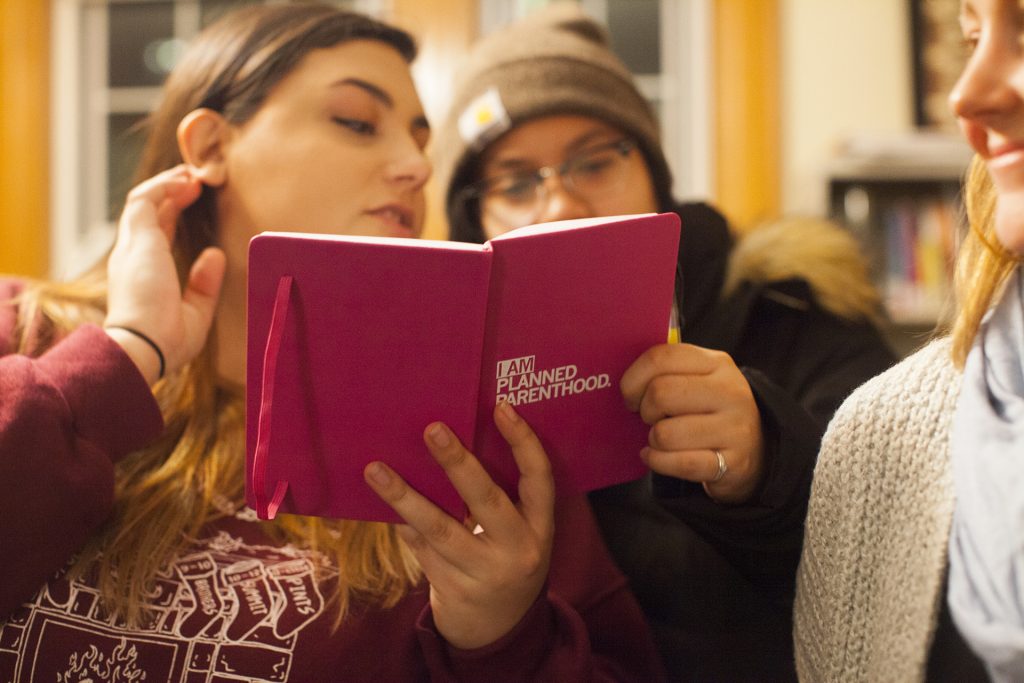 Pink flags were spread across the Pentacrest grass Thursday, each with a message about times people felt empowered or disempowered about their bodies.

“I reclaimed my body after years of battling an eating disorder,” one said. “At a young age, my sexual innocence was taken from me,” another said. “Someone saw my body as a physical object.”

The flags were part of MY BODY IS MY OWN: A public art installation held by FORCE: Upsetting Rape Culture and Student Advocates for Planned Parenthood. Participators from across the country submitted messages discussing birth-control rights, rape culture, and how the two intersect. The flags spelled out MY BODY IS MY OWN from an aerial view.

Student Advocates for Planned Parenthood is a part of the group Planned Parenthood Generation Action, which works to mobilize student groups around the country. Elena Greene, a community liaison for the organization, said the UI chapter takes an intersectional approach to reproductive justice. It began in January 2017.

The goal of the installation was to examine what it means to have ownership over one’s body. She said advocates’ definition of body autonomy means being able to consent to what happens to one’s body sexually or nonsexually, and how one wants to use it and take care of it.

Currently, the organization is pushing back against Trump administration proposals that would allow universities and other groups to remove contraceptive coverage from their health-insurance plans.

Because of this, the group launched its “Fight For Birth Control” movement along with the installation.

“We have reached out to the University of Iowa,” Greene said. “They have told our organization personally that they will not cut back our birth-control coverage, but they refuse to make a public statement about that.”

The advocates group planned to invite passersby to sign a letter to the UI to thank it for including contraception in health-care plans and encouraging the school to release a public statement saying it will continue to do so. Advocates also had free condoms available on a table in honor of National Condom Week (this week).

Greene said the organization wanted to provide solidarity to those who may have had ownership of their body taken away at some point and for those who have not to give them an idea of what it would be like.