University of Iowa researchers use pigs for arthritis treatment 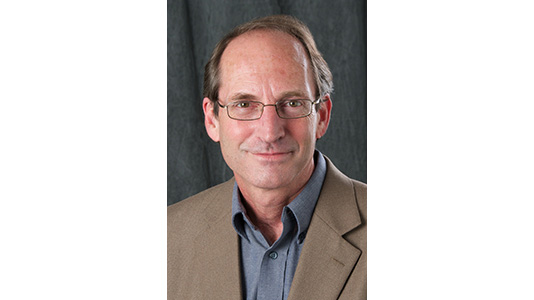 University of Iowa researchers enlisted the help of a common farm animal in their joint injury research, and they found a method that could help slow post-traumatic arthritis.

In a recently published study, UI scientists, doctors, and engineers used Yucatan mini pigs to test an arthritis medicine that is used on humans in a new way. The pigs’ ankles were fractured. Then, researchers injected either Amobarbital and N-acetylcysteine directly into the joint space within an hour of the break, then again a week later.

No other treatment was used on the pigs, and researchers examined the joints six and 12 months after the fracture.

The study was funded by the National Institute of Health and the Department of Defense.

Principal investigator and UI Associate Professor of orthopedics, rehabilitation, and biomedical engineering James Martin said the Defense Department is keenly interested in joint-injury research, because so many soldiers suffer injuries and diseases that develop later as a result, such as arthritis.

The problems can plague them for years before they can find relief in procedures such as total joint replacement. But such replacements don’t last forever, and doctors prefer to wait until patients are older before operating, Martin said.

RELATED: UI pushes ahead on arthritis

“Joint trauma and the osteoarthritis that develops from that is the most common reason for disability in active military,” he said. “It is particularly harmful for younger people … and if they do injure their joints and go down the path to post-traumatic arthritis, that will happen in as little as a few years.”

In order to have a replicable procedure, the pigs’ ankles were fractured in a specific way, then repaired as a human ankle would be: with plates and screws. The medicine has also been used to treat humans, but never so soon after the fracture or so close to the injured location.

“It was a repurposing of a barbiturate that has been used in humans for many years,” said Jessica Goetz, an engineer and researcher in charge of analyzing the bone measurements and cartilage before and after the treatment.

Goetz said she used a special microscope to conduct the histological analysis of the joints, which tells her about the overall health of the joint related to arthritis. The researchers found that this new process of treatment was fairly successful and helped a great deal in shielding cartilage from degenerating, which leads to arthritis.

“It was not perfect, but it made a huge difference in reducing the loss of cartilage degeneration,” she said.

While this is all great for pigs with joint injuries, the question remains about whether the procedure will work for people.

This is what researchers are trying to figure out. Since the study’s conclusion in mid-January, cell biologist Mitchell Coleman said scientist have worked on drafting proposals and finding federal funding for clinical trials, to see if the process is safe for people.

“The safety data are the next step; we have to prove it’s safe,” he said.

Coleman said he’s optimistic about the safety of the procedure for humans, and he is confident the benefits will transfer between species. Before pigs, cows and rabbits were also test subjects.

“That one intervention early on had profound consequences for whether or not disease would develop,” Martin said.