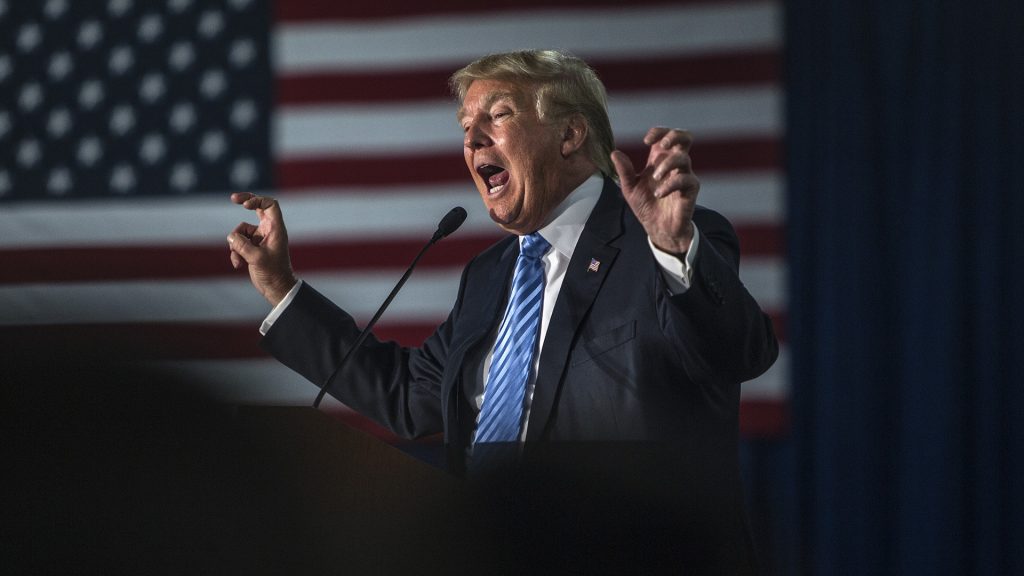 In light of the #MeToo and Time’s Up movements, President Donald Trump voices his opinion that resides in contrast with the rest of America.
Taylor Newby

“People’s lives are being shattered and destroyed by a mere allegation,” tweeted the president of the United States on Feb. 10 regarding the result of the #MeToo and Time’s Up movements. “Some are true, and some are false. Some are old, and some are new. There is no recovery for someone falsely accused — life and career are gone. Is there no such thing any longer as due process?”

President Donald Trump thrust himself into the unraveling conversation of sexual assault that has blanketed the entire country in speculation. In doing so, he seemingly set himself against the nation at a time in which that should be the last thing he should do — considering his response to these limitless movements is occurring at a time that the president himself has been accused of sexual harassment, sexual assault, and overall unwanted sexual advances by 12 women.

Many of these women are demanding justice — and they are not alone in their demands. Millions of Americans stand with these women as they rally alongside one another, voices weaving together a bold sound of resistance toward silence.

The togetherness and fortitude exalted by the American population is deeply moving, and it is moving in the direction of long overdue justice for those who have been forced into submitting to silence when their reports — old and new — have been disregarded. While, as a result of #MeToo and Time’s Up, a wave of corruption has been exposed in areas as widespread as the Olympics to the industries of media, music, and business to the U.S. government.

With women and men fiercely claiming their stories — not as victims but as victors over their own testimony — men in power have responded with fear-filled accusation and reluctance to comment. In removing themselves from their jobs, their roles in society, and halfheartedly dismissing the media gravitating toward them, some of the men — once power-filled — now appear to be in hiding.

These women have bravely taken on the burning spotlight and offered detailed accounts of the ways their superiors have taken advantage of, manipulated, and threatened them as working women. In an industry that is cluttered with bloodied-knuckled women who have been fighting for centuries for equal pay, the same women are now publicly fighting powerful figures — and getting a response.

Considering the president’s stance on “mere allegations” having “shattered and destroyed” the lives of those accused of sexual harassment and sexual abuse — and the potential of them being false accusations — one can only take into account the harsh reality that millions of men’s and women’s lives have been shattered and destroyed in wake of experiencing sexual harassment and sexual assault that has gone undocumented and unnoticed.

It is hard to believe such a growing number of men and women could all be lying or exaggerating about a problem that has plagued this society for centuries. This disbelief is deeply rooted and embedded in a systemic society that has been blind to the dehumanizing and unforgivable act of sexual assault for far too long, and the obliviousness will no longer continue on.

These are the silence-breakers — the men and women — who are standing from the shadows and bringing to light the 97 men and counting who have committed such unspeakable acts. And the silence-breakers are the ones speaking to life these unspeakable acts and advocating boldly for justice long overdue, regardless of what is being said against them by even those as powerful as the president.