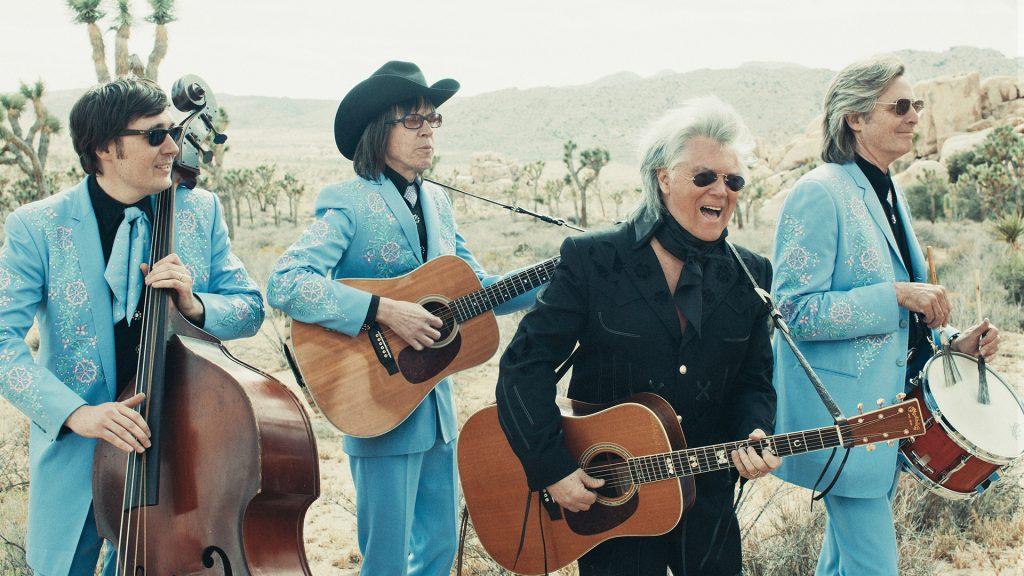 At age 12, Marty Stuart toured professionally with a bluegrass group called the Sullivan Family. Roland White, a member of Lester Flatt’s band, offered Stuart the opportunity to perform with the group at a show over Labor Day in 1972. Flatt later extended Stuart an offer to tour permanently with the band. Stuart spent his teenage years performing with Flatt & Scruggs until Flatt broke up the band in 1978 because of his death.

Two years later, Stuart joined Johnny Cash on tour as part of his backup band. During his tenure, Stuart released his second solo album, “Busy Bee Cafe”, which featured guest appearances from country greats such as Cash, Scruggs, and Doc Watson, among others.

As a jam-style record, Stuart was able to pay homage to his acoustic country and bluegrass roots, and “Busy Bee Cafe” found a keen balance between vocal and instrumental tracks. In 1985, Stuart left the band to pursue a solo career under a contract with Columbia Records.

He released his highly anticipated self-titled album. Despite the song “Arlene” peaking at No. 19 on the Billboard Hot Country Songs chart, the album was deemed a critical disappointment.

After briefly rejoining White’s group to regain confidence, Stuart released “Hillbilly Rock” in 1989 on MCA. Producers Richard Bennett and Tony Brown formed a multilayered album that transcended genre, and “Hillbilly Rock” entertained both the rockabilly and traditionalist side of Stuart. The title track marked his distinct shift toward commercial success. In 1991, Stuart collaborated with country singer Travis Tritt on “The Whiskey Ain’t Workin’,” and the next year on “This One’s Gonna Hurt You.”

Shortly after the release of “This One’s Gonna Hurt You,” Tritt and Stuart went on their “No Hats” tour, which was a jab at mainstream country music and the propensity of the stars to all wear cowboy hats. Throughout the mid- to late-90s, Stuart was involved in a slew of modestly successful singles.

He formed the Fabulous Superlatives in 2002. It is now on an expansive national tour that will lead well into the summer, promoting the 2017 album, “Way Out West”, which takes the listener on an epic across the Southwest.

Stuart “connects the dots among surf music, California country, and Spaghetti Western soundtracks, fashioning a sound as bold and broad as his own history,” Rolling Stone said.

Jim Allen of NPR music reviewed the album in a March 2017 article.

The album opens with a series of instrumental tracks that “punctuate the album, luxuriating in the kind of deep-diving guitar reverb that evokes the grand echo of the desert canyons” Allen wrote in the review. “… neo-traditionalist turning cosmic cowboy for a journey through the Joshua trees, shadowy canyons and desert dreams that tantalize travelers with the promise of a golden shore on the other side.”

Englert Marketing Director Aly High said the performance will include a balance of new music from “Way Out West”, classic fan favorites, and plenty of personal stories.

“Folk and Americana are our most popular genres, both in the number of tickets we sell and the genres our audience report they want more of,” High wrote in an email to The Daily Iowan. “The theater is ideal for these kinds of performance because it is ‘large enough to carry the performer’s sound but small enough that it feels very immediate and intimate.’ ”