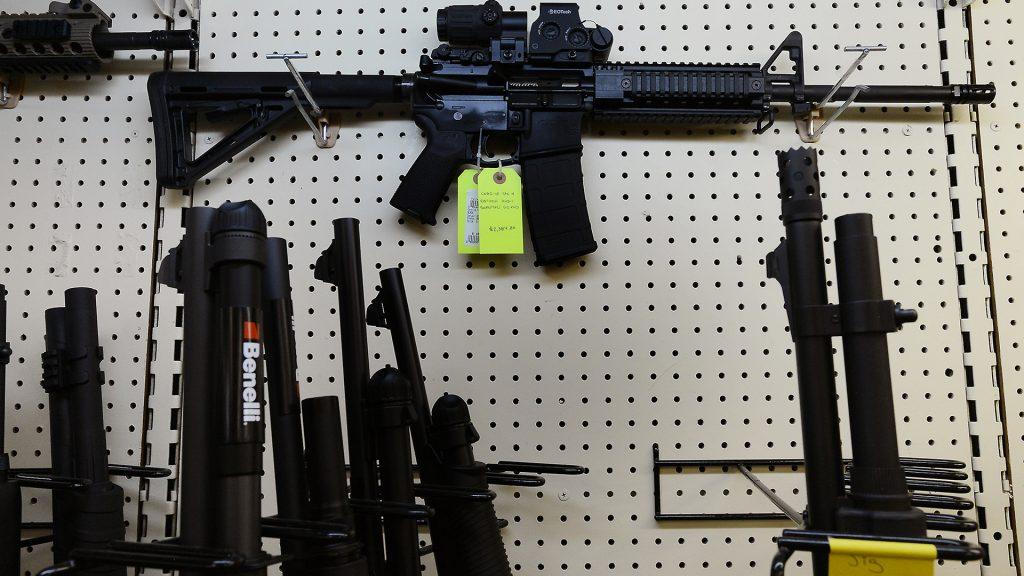 More than a week has passed since the fatal shootings at Marjory Stoneman Douglas High in Parkland, Florida, which left 17 dead and 14 wounded. The shooter used an AR-15 rifle, according to officials, which is known for its use in several other mass shootings in the U.S.

Matthew Halsrud, the CEO of Central Iowa Impact and a gun retailer in Boone, Iowa, said his company does not stand for fatal violence, but he noted that there are a number of semiautomatic firearms that have the same firing power as an AR-15.

“People think if we ban these guns, everything will be safe. There are a number of semiautomatic rifles, so it would only stop that one,” Halsrud said. “That’s only going to change the one gun the shooter is going to use.”

He said there are other common misconceptions about the AR-15.

“It’s a common misconception that they are classified as an assault rifle,” he said.

AR-15 stands for ArmaLite Rifle, the company that created them in the 1950s.

Halsrud says another common misconception is that AR-15s are fully automatic; they are semiautomatic.

He said that with one pull of the trigger, one round of ammunition will be expended. Even if you hold the trigger to its rear, the firearm will not shoot again. AR-15s have the same rate of fire as a handgun, he said.

“It will only shoot as fast as you can pull the trigger back and forth, and that’s with any semiautomatic,” Halsrud said.

Halsrud said that at Central Iowa Impact, he sells an estimated 50 AR-15s in a year. In Iowa, he said, the rifles are primarily used to kill coyotes and other predators that hunt turkeys. The rifle can shoot 400 yards, which, he said, gives the shooter a large advantage over animals.

The firearms are easy to adapt to the shooter to make the shooter more comfortable, he said. If a shooter has vision problems, he or she can put something on the rifle to magnify targets, such as a scope, and the stock, a part of a rifle that rests on the shooter’s shoulder, can also be shortened.

Halsrud said that in order for the buyer to customize a semiautomatic rifle, he or she needs to present a permit to acquire or to carry a rifle, he or she must go to the sheriff’s office, and there must be a local and National Instant Criminal background check.

To modify a firearm to shoot continuously is only for military and law enforcement and illegal for the public, according to Iowa law.

Lt. Kevin Bell of the Johnson County Sheriff’s Office said that to his knowledge, he has never seen applications for modifiers such as bump stocks go through the office.

“Occasionally, I get copies from folks who want silencers for their guns,” he said.

All paperwork goes through the Bureau of Alcohol, Tobacco, Firearms, and Explosives, Bell said.

On the ATF application available online, applicants are given basic questions about their demographics. The application presents questions regarding citizenship, mental health, and criminal history. The second part of the application must be completed by the seller, which asks about the firearm being purchased, the photo identification of the buyer, and the response from the national background check.

The Iowa Firearms Coalition, an NRA affiliate group, has not released a statement following the Parkland, Florida, shooting.

Firearm retailers in Iowa, Midwest Shooting Supply Inc. and JT Guns and Supply, declined to speak with The Daily Iowan. Fin & Feather and Brownells Inc. were not available when asked for a comment.