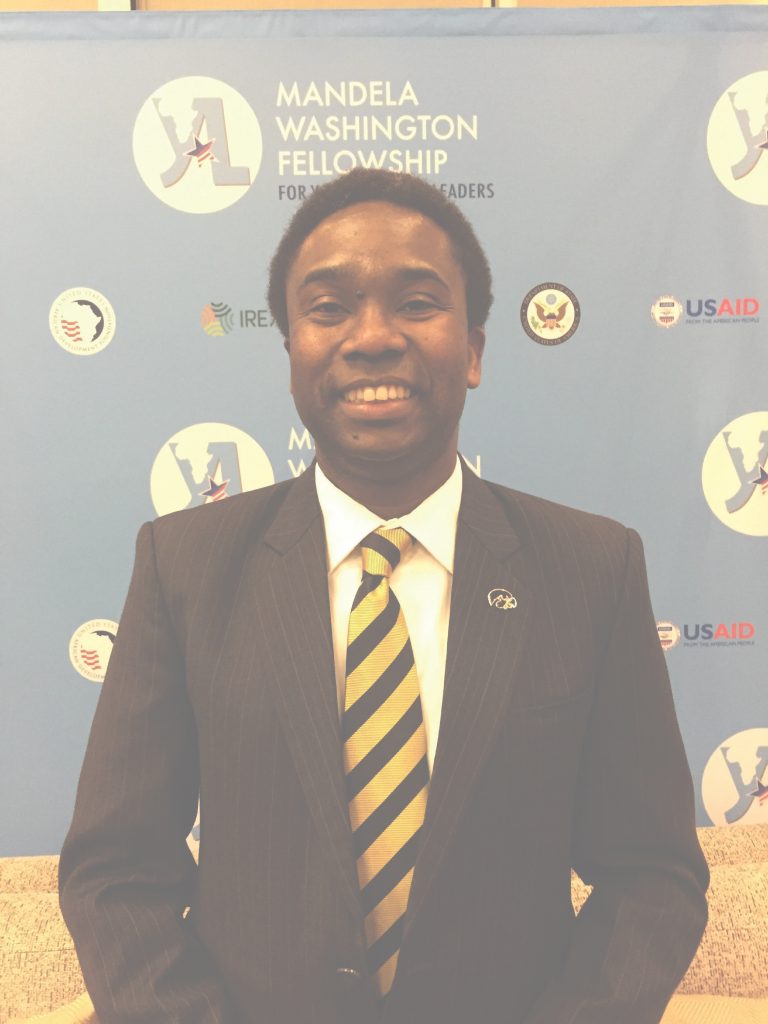 For the third year in a row, the University of Iowa will host young leaders from Africa for a summer program.

The Mandela Fellowship is a program of the Young African Leaders Initiative, which began under former President Barack Obama. Its purpose is to bring African leaders to the United States to hone their professional skills and make connections.

Since its inception in 2014, more than 3,000 African men and women between the ages of 25 and 35 have visited educational institutions across the country.

Institutions that would like to host the fellows must apply. The UI has won three years in a row, even this year, when the number of accepted institutions was reduced from 38 to 27.

Dimy Doresca, the director of the Mandela Fellowship at the UI, says this is a testament to the UI’s educational prowess.

“This showcases the strengths we have to offer the fellows, such as our strong background in agriculture, entrepreneurship, industrial technology, and health care,” he said.

Okech hopes to increase the rates of production and distribution of food in Africa to model the efficiency and integration of the U.S. market, which he observed while in Iowa.

“The U.S. has centralized farms equipped to produce for a high population,” Okech said. “Kenya only has small farms; they are the only ones producing food for everyone. The question is, how do you look at the U.S. distribution market and organize these small farmers?”

The connections Okech made in Iowa were invaluable to him, he said. He is collaborating on a project with the UI: a thermometer that takes temperatures from points in a body of water, then calculates the amount of food to feed the fish in specific areas to produce better yields.

He hopes to have the application running for 10,000 farmers in the next two years. He expects the cost of farming to go down by 40 percent.

Uche Udoha, an eye doctor in rural Nigeria, can speak on behalf of Doresca’s fourth strength of Iowa: health care. Prior to her experience with the fellowship, Udoha had traveled around villages in Africa, providing eyecare for the residents.

“I have had many interactions and made many connections while in Iowa,” she said, “I got the opportunity to meet several other eye doctors. I am currently working on a project with one of them right now.”

The project she is working on with UI Professor of visual sciences Chris Johnson is a screening device to easily test African men and women for glaucoma, a prevalent disease in many parts of the continent.

On the day Udoha spoke with The Daily Iowan, she had seen 479 patients.

This summer, the fellowship will bring 700 African leaders to the United States, 25 of whom will go to the UI.