Students assemble an exhibition of their favorite artifacts 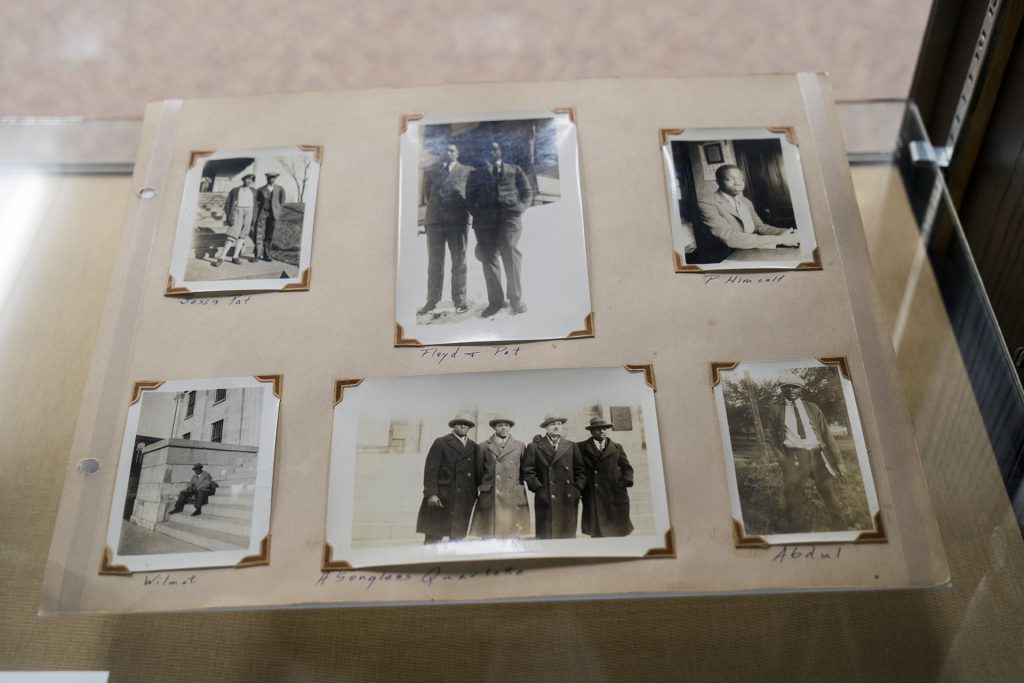 The Daily Iowan; Photos by Gaoyu

Student employees at the Main Library Special Collections and University Archives are showcasing the artifacts most meaningful to them.

The first Student Selections Exhibition is an entirely student-run exhibit featuring a diverse arrangement of materials. The student employees picked items from the archives that spoke most to them, and they wrote descriptive labels about the artifact’s history and personal significance.

The exhibit opened the second week of February and will continue to the end of April. It’s located in the Main Library Special Collections and University Archives.

“The items were chosen by students that relate to them in a significant way,” graduate assistant Micaela Terronez said in an email to The Daily Iowan. “From a miniature book to a sword, the exhibit includes a wide variety of backgrounds and origins.”

Public-services librarian Lindsay Moen said she has had the idea for the Student Selections Exhibition for a while. When she was a student at the UI, she always hoped for the chance to be a part of an exhibit. Now, she has helped make that idea a reality for the around 21 student employees at the UI Special Collections and Archives.

“As far as the exhibit, one thing that was important to me was I wanted it to be completely student driven,” Moen said. “They picked everything, wrote all their own labels, and I even had students decide where to put [the artifacts].”

With the exception of items of very old age or of certain value, Moen said, any of the hundreds of thousands of items in the archives were available for selection for the exhibit.

Students chose from this plethora of materials through the work they do shelving, processing artifacts, teaching to visiting UI classes, organizing artifacts, and more.

“One of our students picked a science-fiction pulp,” Moen said. “He is actively working on that collection right now, and so that stood out for him because you kind of take ownership over the projects you’re working on.”

Moen said they have a lot of books, science fiction, and popular culture represented in the exhibit. There is also a sword from a Civil War collection, a tea set, and a Star Wars pop-up book.

One display case features part of an autopsy report on Jack Ruby, the man who killed Lee Harvey Oswald, who killed President John F. Kennedy. There are autopsy slides with photos of his brain and old conspiracy theory newspapers from the Earl F. Rose Papers.

Terronez picked a scrapbook from the Patrobuas Cassius Robinson papers, who attended the UI 1923 to 1927.

“I appreciate this scrapbook because it gives a significant and often rare look at the life of an African-American student during the early 20th century,” Terronez said. “This scrapbook also serves as an important reminder that marginalized stories exist and that these experiences create value for others and deserve representation.”