Once a DI editor, now a journalism influencer 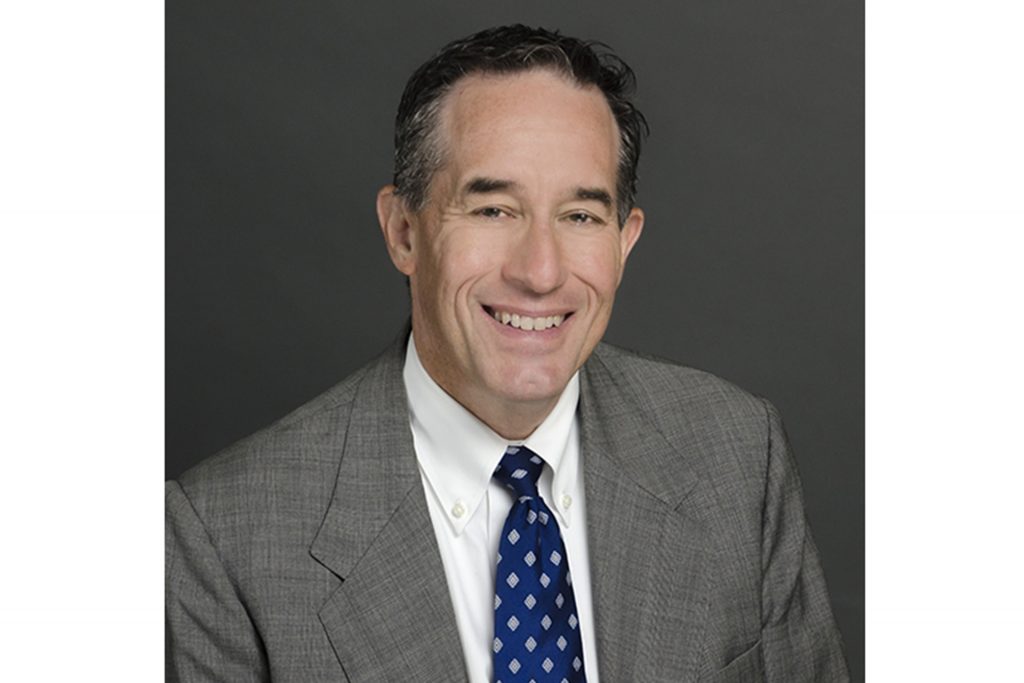 For the 150 years that The Daily Iowan has been around, the paper has seen many editors come and go. Most were good, some were great. A lot of former DI editors have graduated and worked for the most recognizable publications in the country, from The New York Times to The Washington Post.

One former editor, Neil Brown, is the president of the Poynter Institute and the former editor of The Tampa Bay Times from 2010-17 (after starting at the paper in 1993 and holding a variety of editorships). Brown was the editor-in-chief of the DI during the 1979-80 academic year, though his ambition led him to take a shot and apply for editor when he was only a freshman.

Brown recently took the job as president of the Poynter Institute, a global leader in journalism located in St. Petersburg, Florida, in September. Poynter owns The Tampa Bay Times.

During his days at the Times, the publication won six Pulitzer Prizes in the last eight years. He launched PolitiFact.com, a fact-checking website that boasts 14,000 fact checks in the last 10 years. Brown was inducted into the UI School of Journalism Hall of Fame in 2010.

From the time he was in grade school in Chicago, Brown knew he wanted to be a journalist. When it came to the college search, the UI and the DI were not initially on his radar.

“I was one of those nerds,” Brown said. “I was looking for a great opportunity and was accepted at Missouri. I was set on going there, but my dad told me about an appointment in Iowa City.”

So on the way home from visiting Drake University, in Des Moines, Brown and his father stopped in Iowa City, and as he came into town, he was taken by the campus.

“I thought it was beautiful. I met with the J-School and the DI and honestly, it was a tough call,” he said. “The J-School wasn’t as far along as Missouri’s, but the DI had such a great newsroom. So I went to Iowa and loved every minute of it.”

Brown said education comes in many ways, and working with the people at the DI was a real-world experience for him.

“I found myself competing with other papers and people like [former DI Publisher] Bill Casey and [DI Editor in 1977-78] Steve Tracy, and others were all into the idea that just because you were a student, it didn’t mean your work didn’t count as much.

“Why not do the job at the highest standards? We were journalists who also happened to go to school; we were never student-journalists,” Brown said.

As Brown spent his years at the UI and in the newsroom, he wasn’t one to shy away from fun. Games of tag football with other DI staffers were common on the grass by Hancher Auditorium on Friday afternoons, when they didn’t have to work. The group of young journalists also frequented bars on the weekends from Sanctuary to ending the night with food at the Mill.

One night in the summer of 1979, while out on the town, Brown scooped one of his most important stories during his college years. He witnessed a crowd gathered downtown upset because a bar owner instructed his bouncers to card blacks at the door but not whites.

“I went from being out to suddenly being at work and writing,” he said. “It led to an ongoing series of stories, and it was quite the firestorm. It was an experience to confront the owner and to talk to both sides. It was a scoop, and we had it, and we were a major player of influence.”

In his time at the DI, Brown also covered the pope visiting Des Moines and released an April Fool’s Day edition of the paper called The Des Moines Rooster. Its top headline was “Pope to fly over Iowa City.”

“It was a hilarious spoof about the media getting gaga about the pope’s visit,” he said. “The AP wire thought it was real, so it moved the story and had to issue a huge correction.”

Brown also said he once made what he called a controversial move by hiring a former city councilor to be the Editorial Page editor.

“People thought I was crazy, because she was provocative, but isn’t that what the Editorial Page is about?” he said.

When the U.S. military failed an attempt to rescue hostages during the climax of the Iranian Hostage Crisis on April 24, 1980, the DI was the only paper in Iowa to have the story the next day. But that’s because Brown said the paper missed deadline that night.

“We blew deadline so bad,” Brown said. “I was bad at deadline sometimes. Bill Casey and the production guy, Dick Wilson, were good at letting us have more time.”

Now, as the president of Poynter Institute, Brown said, the mission is to elevate journalism so it remains an essential tool of democracy.

“We are at a time where facts and journalism are under assault,” he said. “Poynter is a place I can be and take all the stuff I’ve been doing in newsrooms for 40 years, and start working to teach other journalists ethics on a wider level, and, hopefully, make a mark on many newsrooms.”

Brown’s leadership style is an open-minded one. He likes options and understands there can be more than one good idea to solve a problem. He also believes journalists should be better at showing how they get their information.

“People shouldn’t feel like they’re being lectured at,” he said. “Journalists have to do a better job at being more open to the sausage-making part of the program. Let’s show people how it makes them a better consumer. If we do that, we can build trust over time. Sometimes, you will be unpopular because of it, but you have to keep going, and people will find value in what you do.”

Brown has always had interest in leadership roles everywhere he’s been, from his days as a college student to now being the president of a leading journalism institution.

“I think for whatever you’re doing, you should be excited about it, and it should be fun,” he said. “I wanted to make impacts, and I like to decide stuff. That doesn’t mean I’m a control freak, I don’t think.

“I wanted to decide what goes on a front page ever since I was a kid. I enjoy the opportunity to make the call and can live with the consequences, popular or not. Journalism is all about making the world a better place, and to me, that never gets corny.”