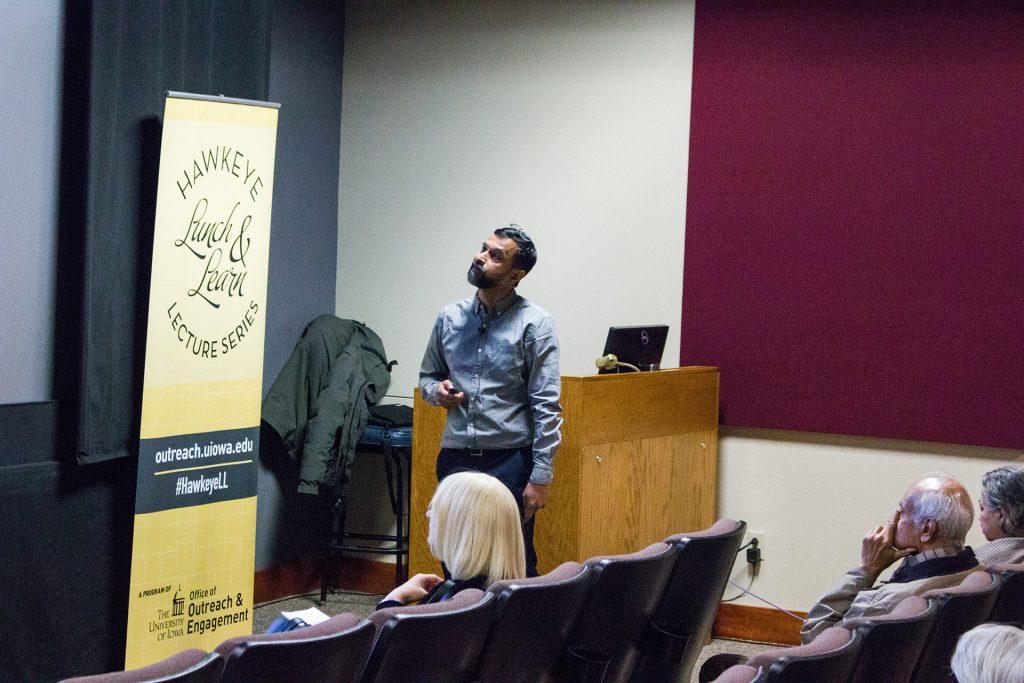 In the United States, it takes the equivalent of having 100 light bulbs on all the time to sustain our day-to-day lives on average, says UI Professor H.S. Udaykumar. In the developing world, however, access to energy is scarce.

On Thursday, the University of Iowa Office of Outreach and Engagement held a Lunch & Learn with Udaykumar, a professor of mechanical and industrial engineering. He discussed an ongoing project concerning energy sources used for cooking in developing countries.

The geographic areas Udaykumar’s team works on now are mostly located in India. But the type of wood fuel they use in the underdeveloped part of India right now comes with consequences.

“When they use this biomass for cooking, there are many consequences,” Udaykumar said. “The first is forest loss, and the second is the health impact on women and children, the ones who are inside these homes burning this fuel. This amounts to smoking two packs [of cigarettes] a day for the woman and child.”

Udaykumar said the team has tried solar cooking, among other methods, but none of them stuck, because the women usually cook indoors, in the early morning and night.

So the project has faculty from different departments, including women’s studies, anthropology, urban planning, and geography, aiding it.

One of the biggest sources of pollution in India is the burning of crop stubble. Because of this, New Delhi has pollution that is off the charts of the air-quality index. Crops must be burned after harvest in order to turn the soil over for the second growing season of the year. However, crop stubble could be used as biofuel.

“The solution we are looking at is taking that crop residue and ‘pelletizing’ it,” Udaykumar said. “That can be very, very clean burning.”

The technique is used in many countries, and even in Iowa, but the struggle is making it economical for poorer parts of the world. The goal is to make “biomass gasifier stoves,” Udaykumar said.

Currently, the team has contact with pellet manufacturers, stove manufacturers, as well as other Indian academics, but the problem is maintaining the supply chain. The project has even had undergraduates go on several trips to work on the project.

“As a university with resources, it’s important to reach out and help when possible,” lecture attendee and IIHR graduate research assistant Michael Krasowski said.

“We have an educational mission,” Udaykumar said. “Knowledge based here and translate it to progress on the ground there.”

Jordan Brown, the program coordinator for the Lunch & Learn Program, said reaching outside of the sphere of Iowa City helps students get a better worldview.

Reaching out to other countries is a “good mission of the university,” Brown said. More opportunities for outreach are always better, he said, but he thinks “the university is doing a very good job at expanding its reach right now.”