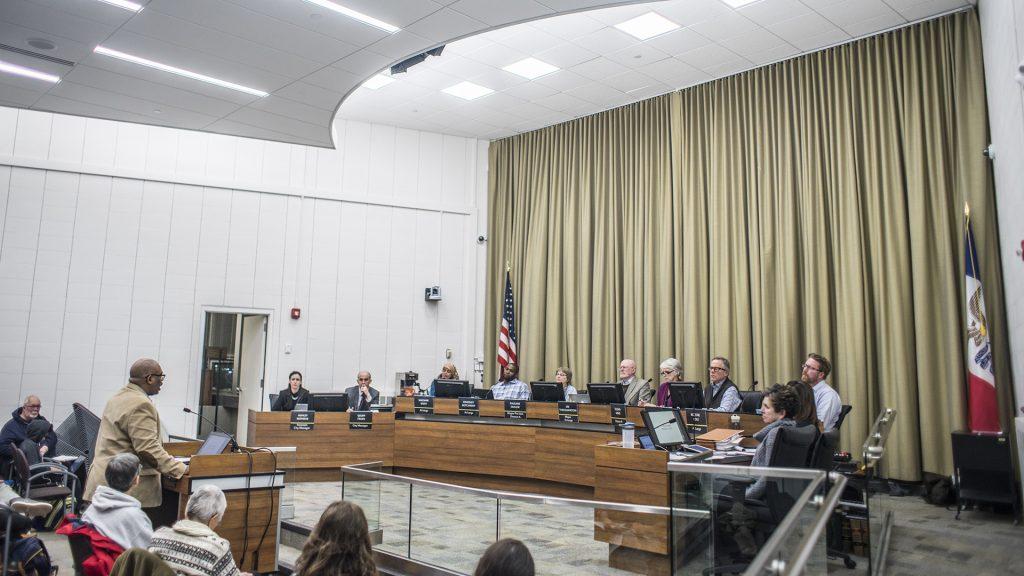 Currently, the ordinance defines gender identity as “a person’s various individual attributes, actual or perceived, in behavior, practice or appearance, as they are understood to be masculine and/or feminine.”

According to the American Psychological Association, it is difficult to estimate the number of individuals who identify as nonbinary because of limited research. However, it estimates that nonbinary individuals make up 25 to 35 percent of the populations that identify as transgender.

The ordinance defines these terms in order to protect community members of Iowa City against discrimination and to be consistent with the Civil Rights Act of 1964, which states that the United States outlaws discrimination based on race, color, religion, sex, and national origin.

The Iowa City Human Rights Commission was established to spread information, educate the community on discrimination and human rights, provide necessary enforcement, and to protect individuals from discrimination.

City Attorney Eleanor Dilkes said she believed the ordinance needed to be updated.

“Our current gender-identity definition talks in binary terms,” Dilkes said. “This change recognizes that gender identity is not binary and should include any number of identity expressions.”

City Councilor Kingsley Botchway said he was excited about the change.

“As a progressive city, our policy should speak to [and] continue the conversation on gender identity,” he said.

“I am really glad our city is looking to define these terms,” she said. “This way we can make our city inclusive for everyone.”

This is not the first step Iowa City has taken toward gender inclusiveness.

As previously reported by The Daily Iowan, as of 2016, University of Iowa students had the option to self-report a variety of gender identities, such as he, him, his, she, her, hers, they, them, theirs, ze, hir, hirs, and ze, zir, zirs on the MyUI system.

In 2013, the UI also became the first public university in the country to allow students to identify as transgender on admissions applications.

In a 2017 message from UI President Bruce Harreld, he said the university “will not tolerate anything but a safe and inclusive campus for people of all backgrounds, regardless of race, religion, sexual orientation, gender identity, or country of origin.”