After not setting a fundraising goal for Dance Marathon 24, the organization is celebrating raising a record-breaking $3 million. 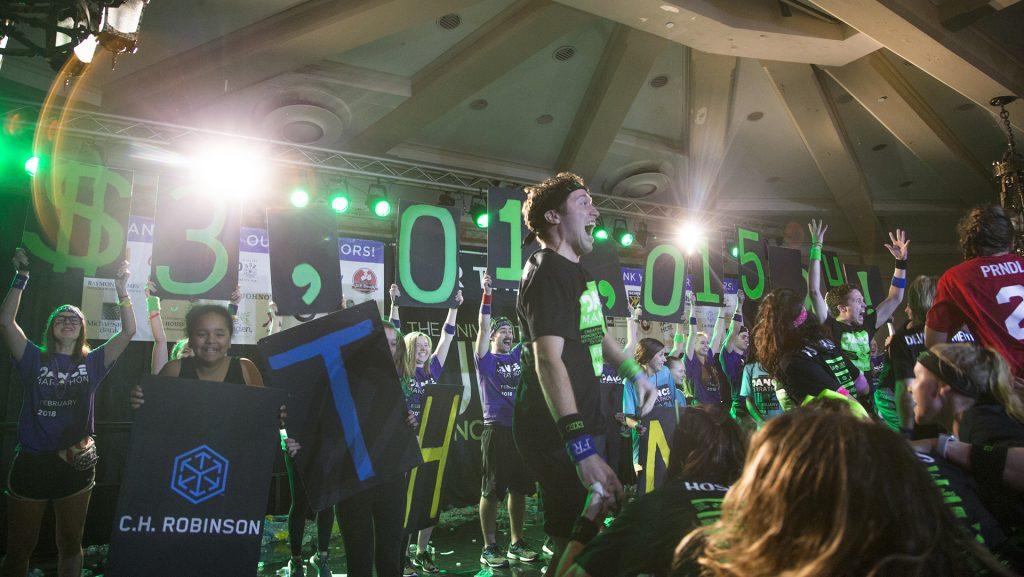 As a multicolored crowd cheered at the end of the 24-hour-long event, Dance Marathon revealed that its members raised a record-shattering $3,011,015.24, making it the second school to hit the $3 million mark.

In 2017, the organization raised nearly $2.6 million. While it was a record-breaking amount, Dance Marathon fell short of their goal of $2,76 million. Members decided not to set a goal this year.

“What this tote board reveals has never and will never dictate the success of this organization,” Business Director Dylan Ritchie said.

Freshman Dancer Haley Vaughn started out the Big Event unsure of what the next 24 hours would bring and ended it feeling overwhelmed and grateful for the opportunity to help those who need it.

She raised $500 to qualify as a dancer by calling on family and friends for donations. She had a little difficulty this year but said the experience will help her in the future.