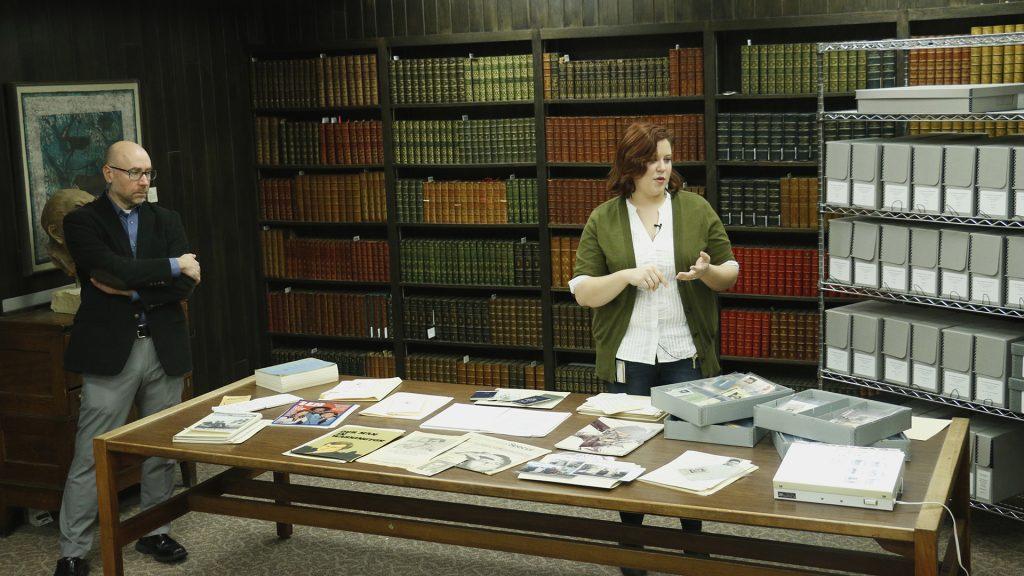 From papers, press badges, and manuscripts to rocks from the Great Wall of China, a 50-year career in broadcast journalism leaves a person with a lot of memories.

Tom Brokaw, a former Hawkeye better known for anchoring the “NBC Nightly News” from 1982 to 2004, and “The Today Show” from 1976 to 1981, gave all this and more to the University of Iowa Special Collections. Brokaw attended the UI for a short time as a freshman in 1958.

In late 2016, Brokaw donated papers and memorabilia from his long journalistic career in a collection titled “The Papers of Tom Brokaw: A Life & Career.” After over a year of studying and organizing more than 90 boxes of material, the library has opened the collection for public use.

As of Feb. 1, students and the public can view American and world history through Brokaw’s memorabilia.

Since the Brokaw Papers were received, they have gone through an extensive sorting process. The process began with library staff, headed by Jacque Roethler in Special Collections.

Three months into the process, however, the project was moved to information sciences graduate student Elizabeth Riordan. She worked on the assignment for the next nine months, up until the release on Thursday.

“I was first assigned to work on this for 10 hours a week, but obviously because of the scope of it, I often spent a lot more time than that,” she said. “It took hundreds of hours to sort through everything.”

Riordan said these materials will have a wide impact.

“I think political-science and history researchers would benefit the most from using this collection. It depends on the angle researchers take,” she said. “There is also lots of fodder here for journalists and English researchers as well.”

Greg Prickman, the head of Special Collections, also believes the papers could have a major effect on researchers.

“A lot of the study of the history of journalism has been about newspaper reporting, particularly in the 19th century,” he said. “Much can be done with this material to tell what earlier broadcast journalism was like, and it can be looked at with a historical perspective at this point.”

Prickman said Brokaw’s help has been invaluable when going through the documents. If librarians were unsure what something meant or what it was, they would contact him to get his firsthand account.

Brokaw was in Iowa City last week to film a segment for NBC’s “Today” and, among other things, catch the men’s basketball game against Wisconsin. Unfortunately, he did not have time to speak with members of the media, said Emily Nelson, a writer and editor for the Office of Strategic Communications.

“He is still active, so he’s a very busy person,” she said. “He was in and out pretty quickly. He didn’t even get to go to the Airliner for dinner, which he usually likes to do when he visits.”