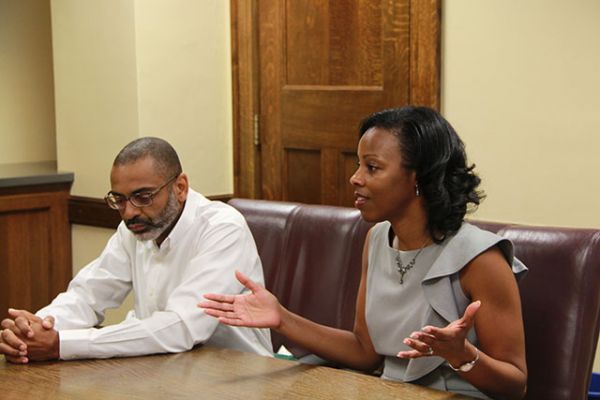 A new exhibit will highlight the lives of former African-American students at the University of Iowa.

Invisible Hawkeyes — African-American pathfinders & tastemakers, 1930-1970, will be a companion to the book of the same name, compiled and edited by University of Iowa Associate Professors Lena and Michael Hill. The book and exhibit focus on the works of African-American students during segregation and the Civil Rights Movement.

“It’s important to understand the history of our institution. We talk a lot about diversity but often think of it as a new occurrence,” Lena Hill said. “We don’t think much of the fact that our institution is rooted around the history of accepting students of color at an earlier moment. Lots of Hawkeyes came here at a time when many other institutions wouldn’t accept them.”

Music Librarian Katie Buehner, who headed the project, said the exhibit will feature theses, dissertations, musical pieces, writings, and some more mundane examples of student life during this period.

“It’s interesting because it’s from an era before what is generally discussed,” she said. “These pieces are amazing examples of students going above and beyond. It’s all very personal and born of experience. I think it will inspire a lot of students to do fine works.”

Michael Hill noted the effect he hopes the former students’ works will have on current UI students and the importance they hold.

“It seems that earlier generations were able to find ways to lay claim to the university, and say I belong here, I am a part of the fabric, even when dealing with segregation,” he said. “I feel that current students are losing that attitude and are expressing a disconnect between themselves and the university.”

Almost two years after the book’s release, the library decided to host an exhibit featuring both the works contained in it and some new pieces. Buehner said the exhibit made sense to do. She thought of pairing it with Invisible Hawkeyes, and because the staff at the library were big fans, it was well-received.

Lena Hill said Buehner read the book very closely and was the perfect person to put everything together.

The Hills, Buehner, and the library collaborated extensively on the exhibit, reviewing the pieces and deciding what should be put on display. The Hills used research they had done for their writing of the book, paired with the library’s collections and archives.

“From the start, the folks over in the library were very hands-on in terms of bringing materials out and setting up an opportunity to take a peek a them and talk about how they may be used,” Michael Hill said.

He said the process of putting everything together was interesting.

“It was nice to be reunited with materials we got to look at previously, as well as new materials they were able to pull out of Special Collections,” he said. “It was a collaborative process in which we were trying to give some sense of what we discovered, but they also had an exhaustive knowledge on the materials.”