The exhibition Dada Futures opened Jan. 27 at the UI Museum of Art featuring a variety of works from throughout history. 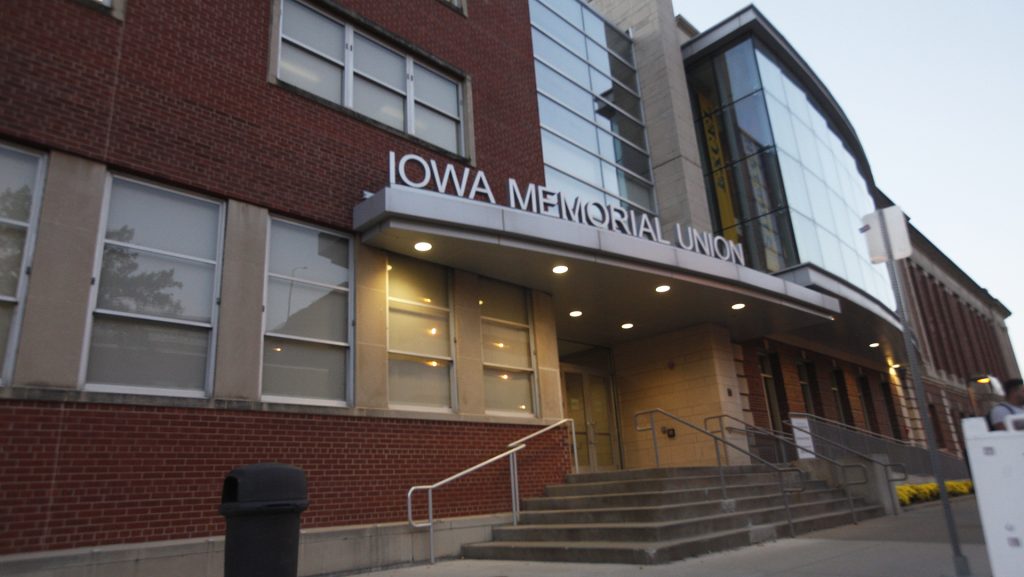 The Iowa Memorial Union glows in the evening Monday, Oct. 9 2017.

A new exhibition at the University of Iowa showcases a variety of pieces in a unique, experimental style.

Dada is a movement that emerged in Zürich and New York during the First World War. Curator and UI Clinical Associate Professor Joyce Tsai described the Dada works as critical, experimental, and political yet playful.

“A lot of these artists adapt this rhetoric of nonsense and screaming — the kinds of things that we associate with Dada,” she said. “But what they’re really trying to do is on some level throw a mirror up to society.”

Tsai said the exhibition contains a mix of early 20th-century materials, ’60s materials, and recent materials. She said most of the materials on display are from the Main Library Special Collections.

“It’s an exhibition that celebrates the relationship between the museum and the library,” Tsai said. “It also is the product of a lot of work across departments.”

Forty years ago, an exhibition of and symposium on Dada took place at the UI called Dada Artifacts. Tsai said it was one of the things that served as catalyst to establishing the International Dada Archives at the UI Libraries. As a result, she said, the Dada Futures show is an exhibition that celebrates the history of Dada at the UI.

“The show points to the kinds of ways in which the museum can serve as an incubator for new ideas in tandem with and in conversation with the other departments on campus,” Tsai said.

Throughout the show, there are many objects on display, including publications, posters, pamphlets, and postcards.

One piece in particular is “Grapefruit,” by Yoko Ono. It is a collection of instructions in a small book form. The page opens up to say, “painting to be stepped on.”

“It tells you to like basically take a piece of canvas and stomp on it,” Tsai said. “It’s something that runs counter to all of our kind of instincts or intuitions about what art is.”

“Before there were more empty spaces, but now it seems more dynamic,” UI student and gallery attendant Dalina Perdomo said. “I’m really excited about this exhibition because of the fact that it’s Dada, and we’re known for our collection of Dada at the UI in general.”

Tsai and her fellow curators and collaborators will also host a Dada Futures Symposium Feb. 16-17 to mark the 40th anniversary of the establishment of the International Dada Archives.

“[The art exhibition] is also not just about stuff in the past: it’s called Dada Futures,” Tsai said. “It envisions what this kind of experimental, playful, critical art making can do now and looking forward.”