UI study may link fat in heart with heart failure 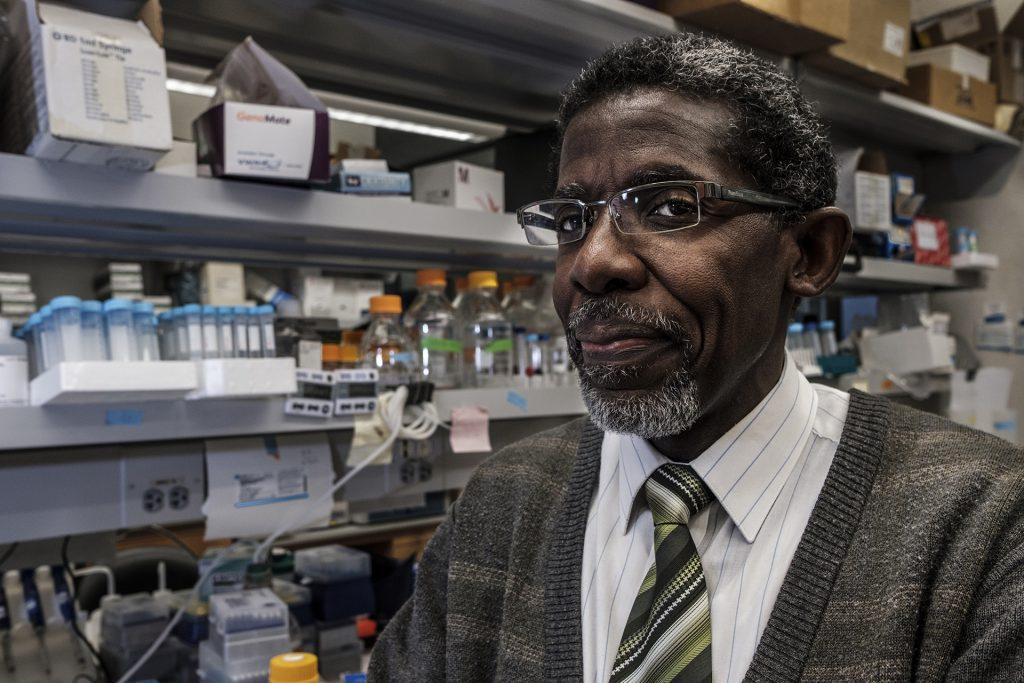 Dr. E. Dale Abel poses for a portrait in his laboratory in the Poppajohn Biomedical Discovery Building on Tuesday, Jan. 23, 2018. Dr. Abel and his team recently published a study on excess fat in the heart which could lead to new preventative treatments for heart failure. (Nick Rohlman/The Daily Iowan)

A recent University of Iowa study could open doors to a drug that can lower the risk of heart failure.

UI researchers have appeared to demonstrate how excess fat in the heart could possibly lead to heart failure by preventing heart cells from producing enough energy.

“We were interested to find out why people with diabetes are more prone to heart failure,” said E. Dale Abel, the chair of the Internal Medicine Department at the Carver College of Medicine.

Unlike other muscles in the body, the heart does not have the option of resting and must work constantly, Abel said. It does this through mitochondria that produce adenosine triphosphate, which fuels the cells.

The heart makes ATP efficiently, Abel said, but when a person becomes diabetic, the heart switches to using more fat for energy. When fatty acids are broken down, he said, that can become a problem — some toxic byproducts can be generated. Those byproducts can harm cells.

Previous research from the UI team has suggested problems with mitochondrial energy production may play a role in heart failure associated with diabetes.

“What is particularly important and striking about this study is for the first time, we have direct evidence that lipid overload alters the shape and the function of the mitochondria, and that much of the reason for this is due to oxygen radical formation in the mitochondria,” pharmacy Associate Professor Ethan Anderson said in an email to The Daily Iowan.

The toxic byproducts have both beneficial and harmful effects in the body, but this study shows that in the fat-overloaded heart, they cause serious problems with the mitochondria, Anderson said.

The end result of the sick mitochondria is the heart cannot properly metabolize fatty acids and sugar, ultimately leading to a form of heart failure called cardiomyopathy, he said.

“When you look at a tissue slice under a microscope, you only see in two dimensions,” Abel said.

However, what was particularly interesting about this study, Abel said, is how his team came up with a way to do a three-dimensional electron microscopy by putting on a virtual reality headset and going inside the cell.

“What we were able to show was how [byproducts] led to remodeling of the mitochondrial network,” Abel said. “This was a fundamentally exciting finding, as it tells us that the mitochondria are not static but are trying to adjust to an auto-diet by changing their shape and function.”

The study started about six years ago and faced a number of challenges, because it was a collaboration of various teams working in different parts of the world, Abel said.

“The issue of heart failure in diabetes remains a very large clinical problem that affects millions of people,” he said.

The next phase, Abel said, would be to understand if overproduction of byproducts can be reduced or scavenged.

“If we could [do so], that would potentially be a therapeutic strategy to mitigate the risk of heart failure,” he said.

Now that this study and others similar to it have confirmed that sick mitochondria are at the root of the problem, researchers can work to create drugs that might reverse or block this process, Anderson said.