Gymnasts fall in battle with rival 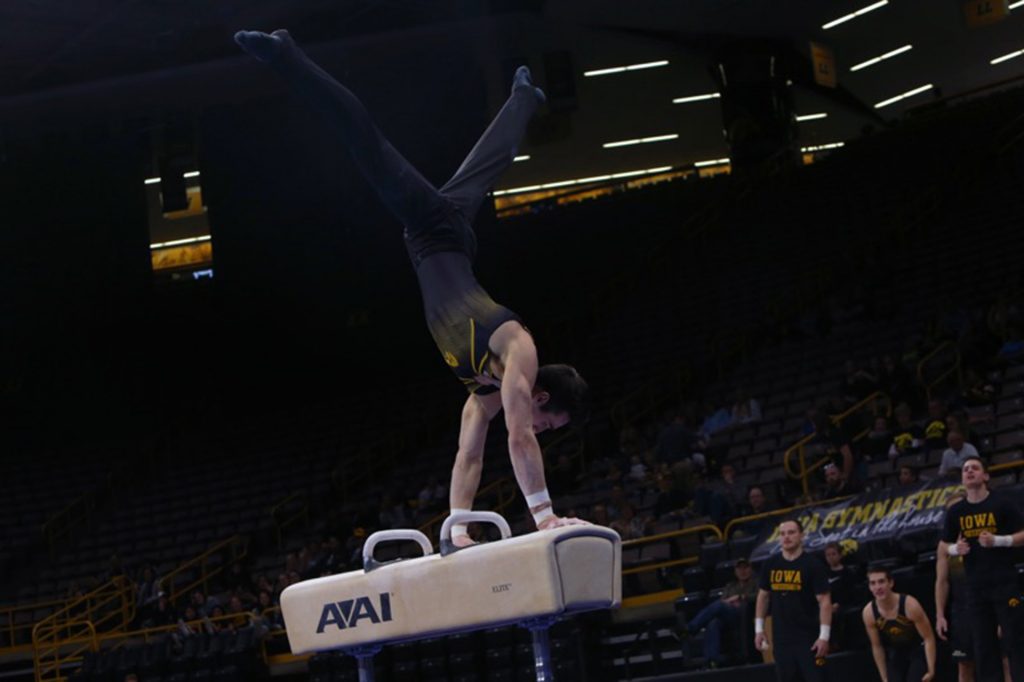 Iowa gymnast Austin Hodges preforms on the pommel horse during the Iowa-Nebraska match at Carver-Hawkeye Arena on Monday, March 20, 2017. The Hawkeyes defeated the Huskers, 408.300-400.000. (The Daily Iowan/Margaret Kispert)

The Hawkeyes began the meet on pommel horse, with senior Austin Hodges leading the squad with a first-place finish of 14.100. Junior Kevin Johnson recorded a 13.750 to tie for second.

Following on the rings, junior Jake Brodarzon took home first with a season-best 13.850.

On floor, freshmen Bennet Huang recorded a runner-up finish with a 13.900. Huang also lead the team on vault with a career-best 14.100, tying for fifth.

Junior Rogelio Vazquez led Iowa in both bar events. On parallel bars, he recorded a 13.550, good for third place. On the high bar, he finished fourth with a season-best 13.600.

In the all-around competition, Huang finished second with a career-best 77.300.

Iowa will make its home début on Feb. 3 against Illinois.