GymHawks take titles on the road

Both gymnastics teams are on the road to take home wins. 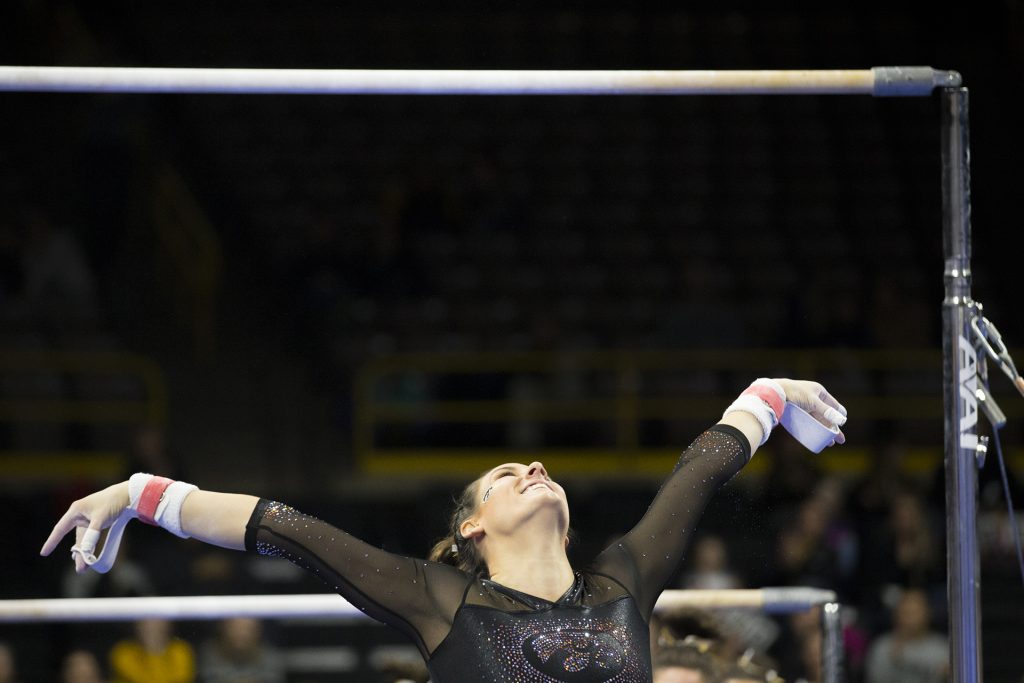 Starting on the uneven bars, the Hawkeyes jumped ahead with a season high 49.050. Sophomore Charlotte Sullivan won the even with a season-best score of 9.875.

Next on the vault, Iowa continued to lead after finishing with a 48.850. The GymHawks swept the podium in the event with junior Maria Ortiz leading a season-high 9.825.

Senior Lanie Snyder took home the victory on floor with a season-best 9.900. The team overall scored a 48.925 to extend the lead.

To finish the meet, Iowa landed a season-high 49.175 on the beam. Junior Nicole Chow recorded a career-high 9.900 to win the event.

In the all-around, Sullivan recorded her own career high of 39.300 to win the competition.

“This win was a complete team effort,” head coach Larissa Libby said. “There is still a lot of work ahead of us this season, but for now, we are excited to be returning home with a win.”

The No. 8 men’s team continues the weekend on the road as it takes on No. 6 Minnesota for the second time this season.

“I’m looking forward to going up against Minnesota,” senior Mark Springett said. “They’re a fierce competitor but it’s a team that we’ve seen before. Our team definitely has the skills necessary to go up there and come back with a win.”