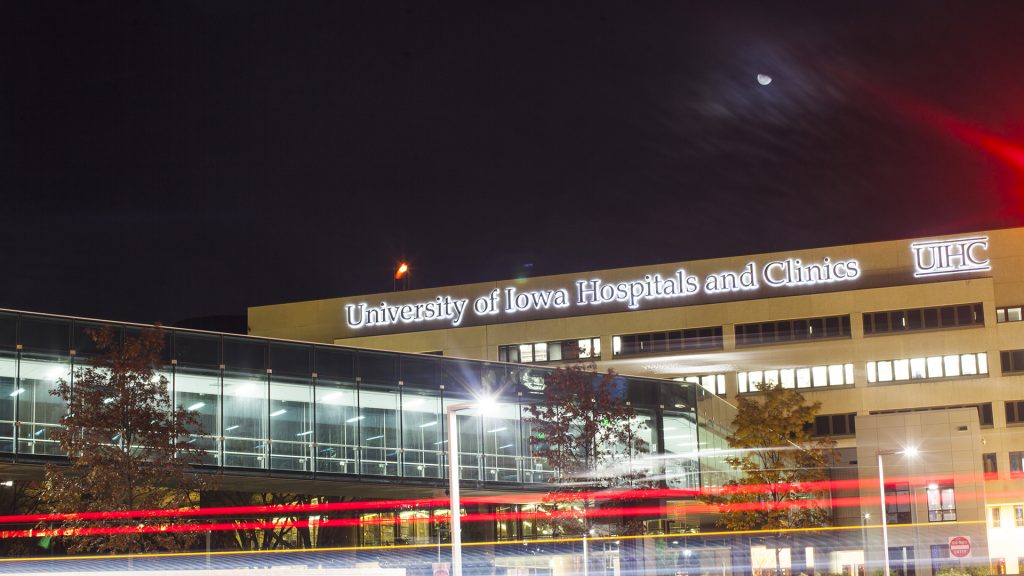 The University of Iowa Hospitals and Clinics building is seen from the west on Wednesday, Nov. 8, 2017. A $1.3 million grant now helps UI practicum students to provide counseling services in rural areas across Iowa for the next four years. (Joseph Cress/The Daily Iowan)

The University of Iowa Hospitals and Clinics will approach the battle against cancer armed with a common antioxidant: Vitamin C.

Vitamin C is a treatment option used to slow the growth and spread of cancer cells, particularly in childhood cancer patients, and the UIHC plans clinical trials that will implement the antioxidant.

In November 2017, UI Clinical Assistant Professor of internal medicine Varun Monga received a grant from UIHC and charity organizations to begin clinical trials for FDA-approved doses of Vitamin C to be administered to young cancer patients.

Vitamin C is an important element in the production of collagen, which can be linked to causes of different types of cancer. Studies have shown that the antioxidant can slow the growth of various types of cancer cells, promoted by the National Cancer Institute.

“Pharmacological ascorbate [high doses of Vitamin C] treatment increases tumor cell reactive oxygen species, such as hydrogen peroxide, that can damage tumor cell membranes, proteins, and DNA,” Bryan Allen, a UI assistant professor of radiation oncology said in an email to The Daily Iowan. “This damage, when combined with therapeutic radiation and/or chemotherapy, is especially efficacious in treating a wide variety of cancers.”

It also enhanced the efficiency of radiation and chemotherapy without causing increased toxicity to normal cells.

Monga is in the planning stages for a series of clinical trials; the process has been approved by the FDA and is awaiting further certification from UIHC.

The clinical trials follow those done on mice, in which sarcoma tumors were observed. Patients with advanced sarcoma will be observed as well in the human trials.

“We saw some really amazing results when Vitamin C was combined with radiation and chemo,” Monga said. “Some of the tumors shrunk, and some stayed stable. Our hope is that when we give this combination to patients, their tumors will do the same.”

A $49,000 grant came from St. Baldrick’s, a charity promoting “the most promising cancer research” for children with the disease, according to its website.

The charity provides the most grants for childhood cancer research in the world, and it hosts signature head-shaving events that have raised more than $232 million since 2005.

Monga’s study, while not yet underway, has the potential to affect many young lives, and he hopes to treat a wide range of patients.