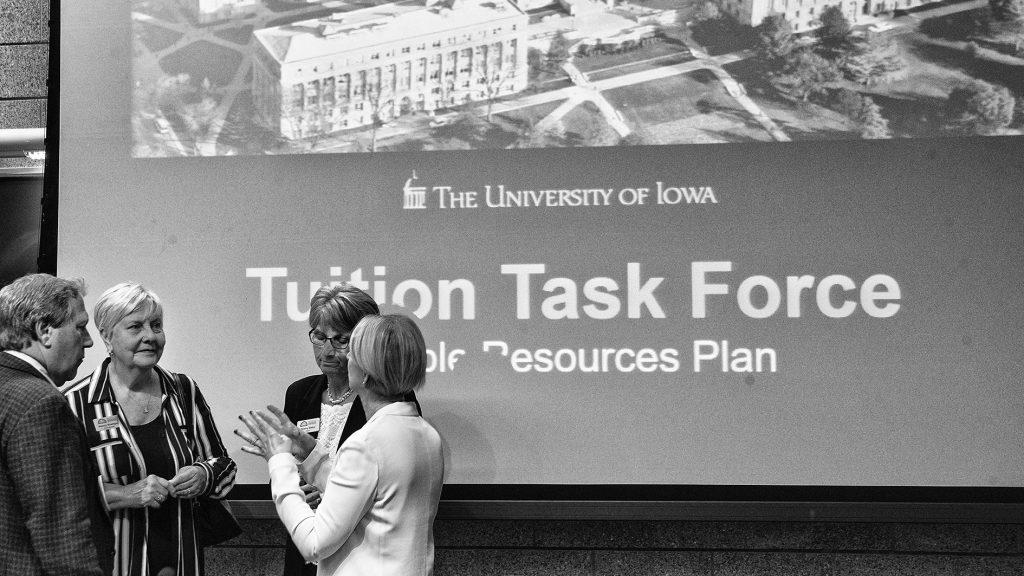 In August 2017, the state Board of Regents proposed a plan to raise undergraduate in-state tuition at the University of Iowa by 7.08 percent each year through 2022, which equates to 41 percent over the next five years. This means the UI’s in-state tuition will rise from $7,486 (2017) to $10,537 in 2022. It is unreasonable to expect Iowans to pay that additional sum for the same quality of education.

To make matters worse for Iowans, the UI does not have reciprocity with any other state. This means that, if Iowa residents want to go to any other state for higher education, they are expected to foot the out-of-state bill. Iowans are essentially being held hostage because there is no other affordable option. The UI could continue to see higher education prices skyrocket, because there is no other comparable option for future students.

Many people have argued that raising tuition at the UI by 41 percent in the next five years is justified because other Big Ten schools have higher in-state tuition than the UI does. Yes, the proposed tuition hike would bring the UI’s tuition closer to neighboring schools’ tuition rates; Wisconsin’s in-state tuition is $10,533, Michigan’s is $14,826 and Minnesota’s is $14,417.

But, upon further investigation, it becomes abundantly clear that just because these schools are all in the Big Ten, that does not mean they provide students with equal education opportunities. Every year, Forbes comes out with a comprehensive list of top academically ranked schools. Wisconsin ranks 68th, Michigan is 44th, Minnesota is 119th, and the UI is 184th. The truth is, the UI’s academics lag behind those of its Big Ten competitors. Of course, tuition would be less for an education that is less academically prestigious.

If the UI decides to follow through with the potential tuition hike, it could fall even further behind academically. The UI statistically lets in far more applicants than other Big Ten schools. Wisconsin, Michigan, and Minnesota accept 49, 29, and 45 percent of applicants. Meanwhile, the UI lets in 81 percent of people who apply. Raising tuition could deter top academic students from Iowa if they chose this school based on affordability.

I asked UI junior Jenna Pokorny why she came to the UI. “Essentially, Iowa was the cheapest option for me,” she said. Pokorny said she had gotten into her dream school, George Washington, but ultimately decided to come to Iowa because it was a reasonably priced school that would give her the opportunities she was looking for. When I asked Pokorny about the proposed tuition hike, she said, “I almost think it’s unfair to raise tuition that drastically. You don’t realize that two years from now, you could be paying thousands of dollars more for the same education.”

Raising tuition could easily lead to losing competitive students like Pokorny who chose this school because it was the most affordable option. If the UI was no longer considered the affordable school, academics would suffer greatly. The regents must tread carefully. They cannot tip the scales too far without losing Iowa’s affordability title, and with it, its top students.