Ink to mark Hancher with performance on empowerment 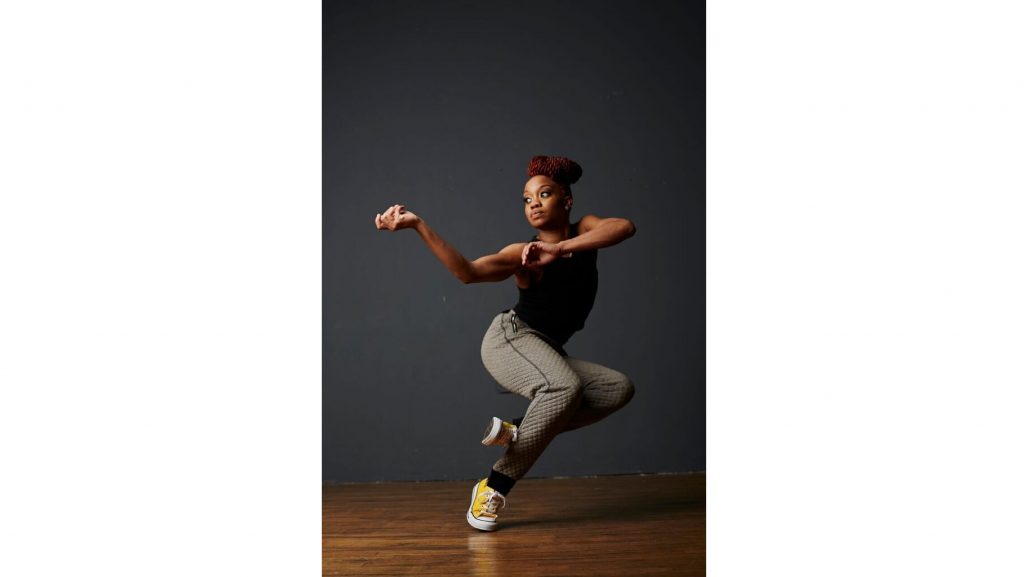 Ink uses a blend of everyday movements and traditional African dance to create a powerful display of African-American empowerment. Camille A. Brown, the creator of ink, roams around the stage with a mix of pedestrian-like motions and displays of modern-dance mastery.

At 7:30 p.m. Saturday, Hancher will welcome Brown and her dance company as they perform Ink, the third and final installment of a dance series focused on African-American identity; the first two being Mr. TOL E. RAncE, which was performed in 2012, and BLACK GIRL: Linguistic Play, which débuted in 2015.

The shows have several commonalities, including traditional African handmade instruments. The rhythms form the heart of the shows as the musical styles move from blues, jazz, swing, and hip-hop. Ink is no different from the previous two, employing percussionist Wilson Torres, pianist Scott Patterson, and violinist Juliette Jones to accompany the performance.

For Brown, history and lineage are an important in the production.

“One aspect of my lineage that is brought to the piece is my connection to West Africa, particularly that of the Yoruba people,” Brown said. “I make sure to pay homage to the Orisha Eleguá, which is the orisha that is responsible for opening up the roads, and homage is also paid to my guardian orisha, Obatala.”

Brown was inspired to begin to use art as a vehicle for social justice after a particularly important conversation.

“In 2011, I was walking with a former CABD member and dear friend Mora-Amina Parker one day and told her that I was interested in doing a piece about stereotypes,” Brown said. “Up until this point, my work had been seen as being lighthearted, spiritually based, and fun, but this would be my first ‘political’ and ‘controversial’ piece … Would people get it? Support it? With political satire, you just never know, but what’s the point of satire if you’re worried about what people are going to think, right?”

Ink seeks to celebrate different African traditions and reclaim African-American linage that has been victim to cultural appropriation. Brown uses her dance and dance styles as a way to examine parts of black culture/tradition that have been ignored by the American masses. Ink uses a culmination of traditional African dance styles, African-American social dance, hip-hop, jazz, tap, and modern to depict pedestrian lives of African-American individuals and their relationships as they find their own liberation.

When Brown looks back on what led to ink and its ties to her other performances, there was the overwhelming desire to tell stories.

“With ink, I felt like I still had more stories to tell — about love, brotherhood, self-acceptance, vulnerability, and play — all of which were concepts about black people that have historically been challenged and were explored deeply during the creation of the trilogy,” Brown said. “I wanted to reclaim these narratives by showcasing their authenticity while highlighting the humanity that exists which the work and the entire trilogy.”

In addition to Brown’s performance on Saturday, she will also present a lecture at 7:30 p.m. Friday in Hancher’s Strauss Hall. The lecture will be in partnership with the University of Iowa Office of Research & Economic Development and is a part of its Creative Matters series, which seeks to find the creativity at the heart of human experience. Brown will use her background and perspective to talk about creativity and social justice.