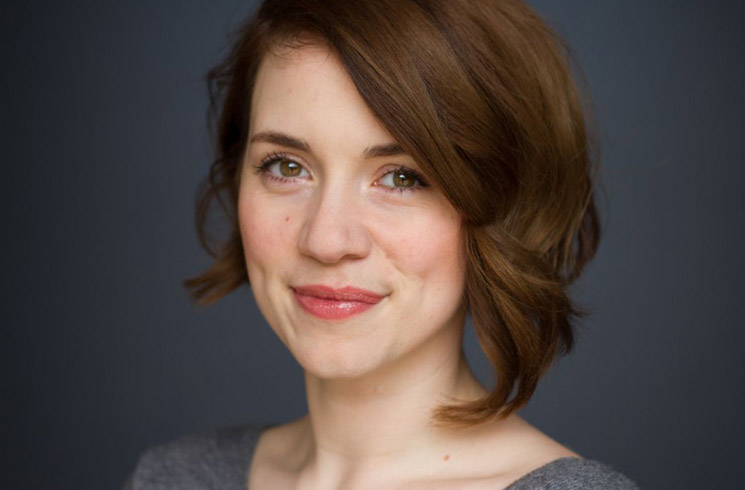 Standup comedian and actor Alice Wetterlund is known for her roles on the HBO hit series “Silicon Valley” and the TBS comedy series “People on Earth.” Originally from Minnesota, she has performed her standup nationally, headlining such historic venues as Punchie, Largo, Hollywood Improv, Comedy Attic, and UCB Theater. Wetterlund has also made an appearance on the Conan O’Brien show. She is thrilled to make her Iowa City début tonight at the IMU.

Daily Iowan: What were some of your biggest comedic influences?

Wetterlund: Anthony Jeselnik was a big part of our scene. Jesse Popp, who writes for Conan now, is an amazing standup writer. In terms of famous comedians, Chris Rock was influential to me. I watched him before I considered pursuing comedy. He really changed the idea of what standup could be for me. The way he dominates the stage — the way he is aggressive toward the audience in a way that is personal — and his stage persona are things that I can identify with.

DI: Moving from Minnesota to New York City for college — how did you break into the comedy business?

Wetterlund: My first big break came when I got a job on the show “Girl Code” on MTV. It was an awesome experience and my first comedy job where I was writing my own material. Being on the show got me a lot of standup gigs and helped put my name out there. I also have to say that there have been a lot of roadblocks — a lot of moments in my career where I thought it was over.

DI: Your routines feature personal stories. You discuss topics such as motherhood, LGBT rights, political activism, and feminism. How do you find a balance of discussing topical and heavy issues while finding a way to make people laugh?

Wetterlund: It is not easy. My job as a comedian is to make people laugh. People come to my shows to be entertained, and I realize that is my main job. When it comes to political contexts in my act, I only talk about politics because that is what I think about. I have always been a political person. My life and experiences have proven that I am a very outspoken woman. To me, personal is political.

I have worked on jobs before in which I have been shocked at how I have been treated. I realized that it was because I was a woman, and I looked the way I looked. When it comes to talking about sexual assault, somebody asked me recently if I would stop doing jokes and material about sexual assault being that it was opportunistic given the social climate. That is funny that from the outside it would be perceived that I am taking advantage of a situation in which men have taken advantage of women. To me, all standup is opportunistic — you are exploiting your own life and the lives of people you know to get laughs.