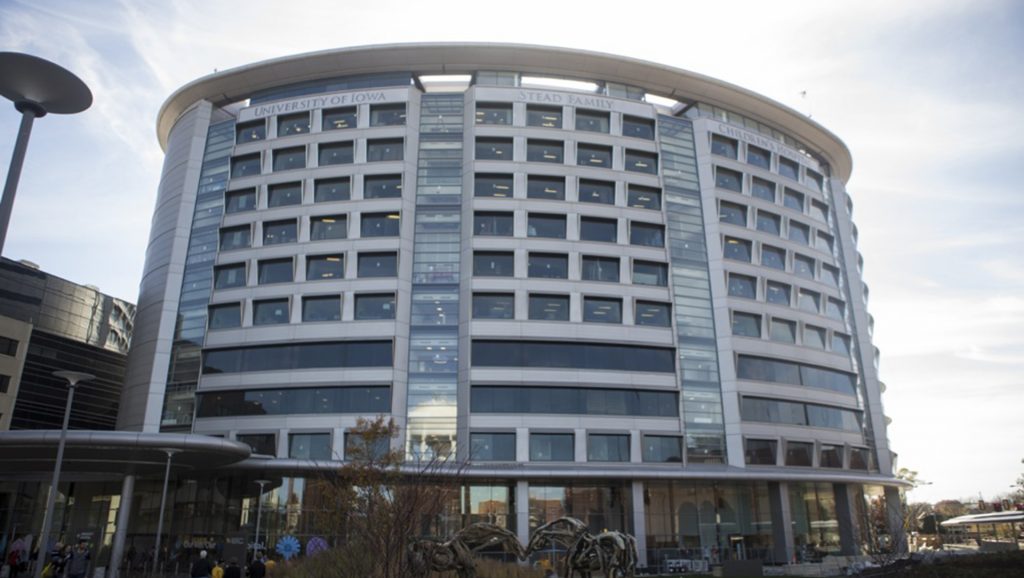 The University of Iowa Stead Family Children's Hospital on Saturday, November 5, 2016. The hospital hosted a weekend open house for the new $364 building. (The Daily Iowan/Olivia Sun)

New data suggests that rates of autism may be higher than researchers and medical officials had previously expected, and the research sheds light on factors that may contribute to those numbers.

University of Iowa physicians and researchers have recently come across a study and analyzed the raw research. They appear to have that found 2.4 percent of American children were diagnosed with autism, higher than previous estimates of 1.46 percent.

“More children are being diagnosed than there are resources available, so how can we provide enough resources for them?” UI pediatrics Professor Lane Strathearn, a developmental and behavioral pediatrician at the UI Stead Family Children’s Hospital said. “Why are we seeing so many children being diagnosed? What can we do to prevent autism?”

While health-care workers and parents understand their autistic patients, other populations may not have a well-rounded understanding of what autism is.

“Autism is diagnosed by observing patterns of behavior,” Strathearn said. “We obtain evidence for that behavior from the history provided by caregivers, we observe the children directly, and obtain reports from other professionals, such as teachers and daycare works.”

Strathearn said there are two different aspects of autism, one being deficits in social communication, delays in language, and challenges communicating, connecting, and making eye contact. The second is repetitive and restricted behaviors.

“This could include having restricted interests, repeating words and phrases, hand flapping, and becoming distraught if their normal routine changes,” he said.

In the latest study, evidence suggests that 1-in-41 children have been diagnosed with autism. Earlier findings had the figure around 1-in-68.

An environment that could contribute to the development of autism includes what the mother is exposed to during pregnancy, said Kelly Pelzel, a clinical psychologist at the UIHC Center for Disabilities and Development.

Researchers are looking into the gene environment of pesticides exposed to the mother and are also looking at the exposure of air pollution to those who are expecting.

In Iowa, autistic children who live in rural areas are less likely to receive the therapy needed to ease their symptoms, Pelzel said. The resources they require have not yet reached areas convenient for them. Financial complications may occur, and the child is left not getting the help that all children deserve.