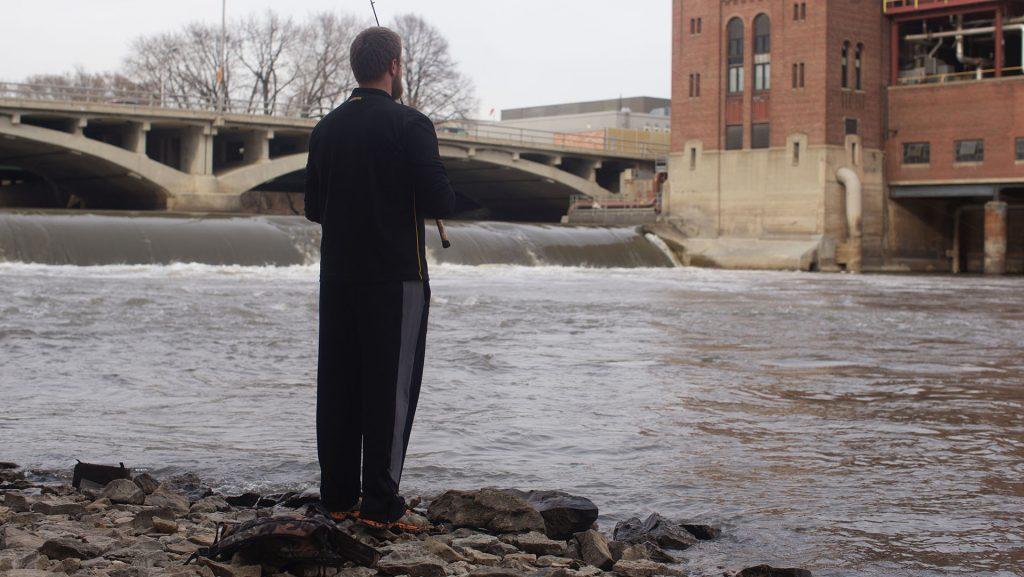 Andy DeCamp a freshman at The University of Iowa fishes at the base of the Iowa River dam on, Tuesday March 22, 2016. The first day of the spring season was Sunday March 20, the day before students returned from spring break. (The Daily Iowan/Jordan Gale)

The Iowa House of Representatives and Senate passed Senate File 512 on Tuesday — a water-quality bill that will allot $282 million to initiatives promoting water quality in the state.

The bill, which passed in a 59-41 Senate vote, will be Gov. Kim Reynolds’ first piece of legislation to sign as governor.

In a Tuesday release from the Governor’s Office, Reynolds said the bill will move the state closer to its goal of providing a long-term revenue source to help fund and scale practices through its Nutrient Reduction Strategy.

Reynolds also noted that Iowa still has a long way to go in terms of water quality.

“It should ignite a continuing conversation as we begin to implement and scale best practices that will continue to make an impact on water quality in Iowa,” she said.

“Today, I am glad that both rural and urban legislators put aside their differences and moved this bill forward on behalf of Iowans,” Gregg’s statement read.

When Reynolds will sign the legislation has not yet been released.