GymHawks battle through for a title

The GymHawks grind through the first home meet of the season and wind up being 2-0 in the Big Ten. 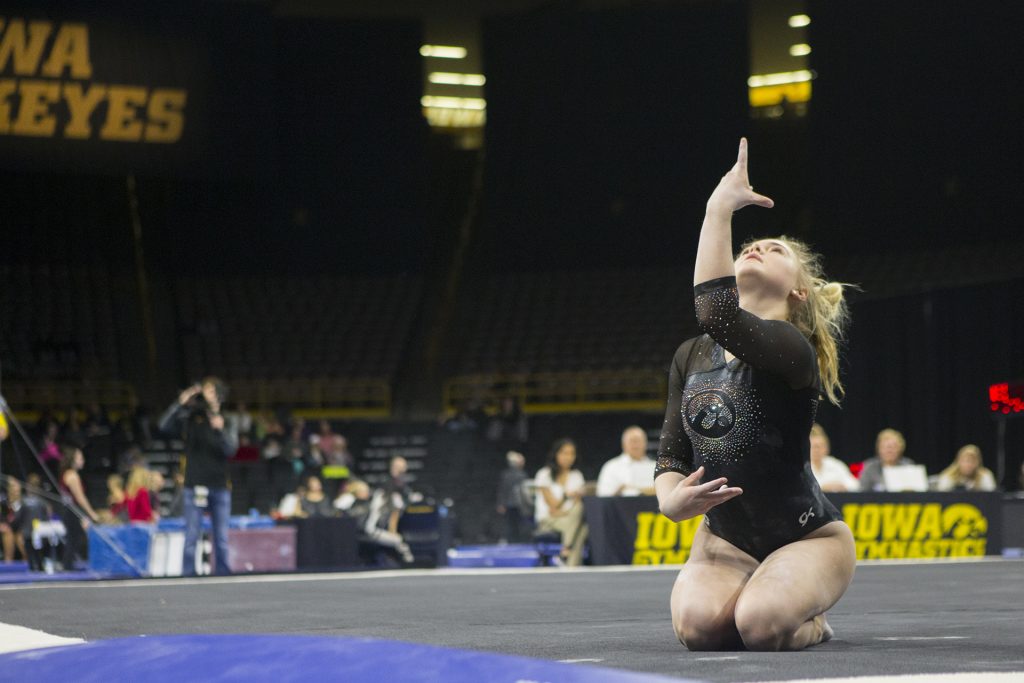 Iowa's Charlotte Sullivan performs on the floor during the Iowa/Ohio State gymnastics meet in Carver-Hawkeye Arena on Friday, Jan. 19, 2018. The GymHawks defeated the Buckeyes, 195.725 to 195.300, to win their home opener. (Lily Smith/The Daily Iowan)

The Iowa women’s gymnastics team recorded its second Big Ten victory on the season, beating Ohio State, 195.725-195.300. The Hawkeyes outscored the Buckeyes on the bars and floor on their way to a win.

In the first rotation, Iowa performed on vault. Senior Nikki Youd won the event with a 9.850, helping the Hawkeyes to a season-best 48.825 team score.

In the Hawkeyes’ lowest-scored event of the evening, they recorded a season high 48.775 beam finish. Youd and sophomore Clair Kaji tied for first in the event at 9.850.

Ending the night, Iowa finished on the floor with a 49.150 score. Senior Lanie Snyder and sophomore Charlotte Sullivan won the event with scores of 9.875.

“This was a very close competition,” head coach Larissa Libby said in a release. “It was a lot of work for that 195.725. We worked hard, and there was pressure on us the entire time.”
Click below for more photos