Iowa faced off against Notre Dame and Illinois and swam to a strong finish to begin the bulk of its season. 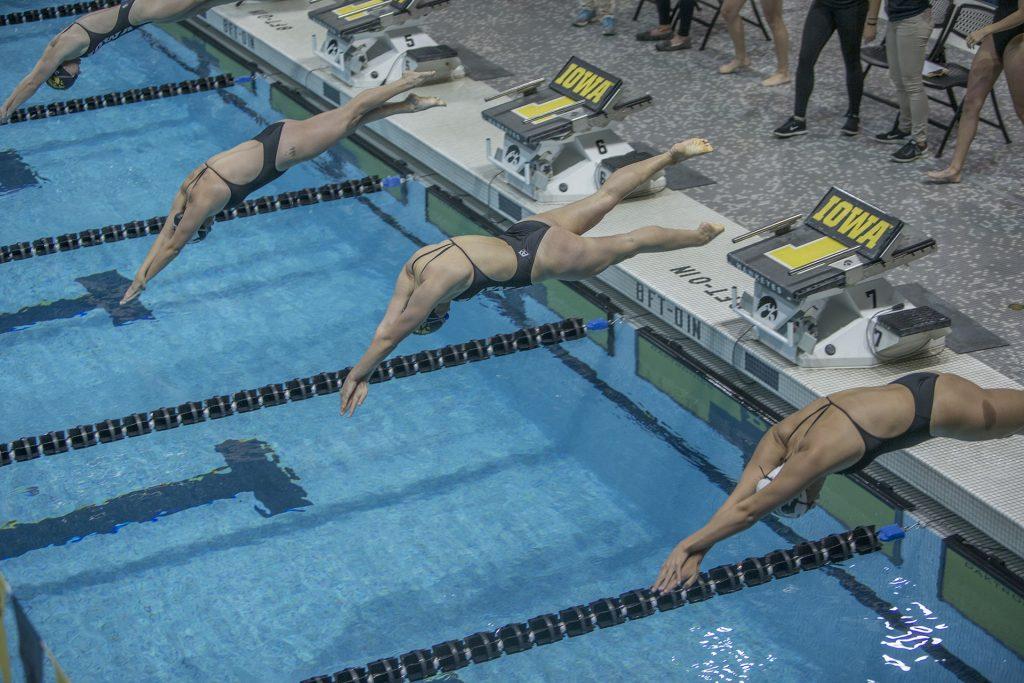 Swimmers leap off the starting blocks during a swim meet between Iowa and Michigan State inside the Campus Recreation and Wellness Center Natatorium on Thursday, September 8, 2017. The Hawkeyes opened their 100th season of swim and dive. (Shivansh Ahuja/The Daily Iowan)

The Iowa swimming and diving team had some mixed results in its first meet following a break in competition.

On Jan. 12, the swimming team won three out of five events.