The state\'s trend of disinvestment in support for higher education continues with the governor\'s fiscal 2019 budget proposal. 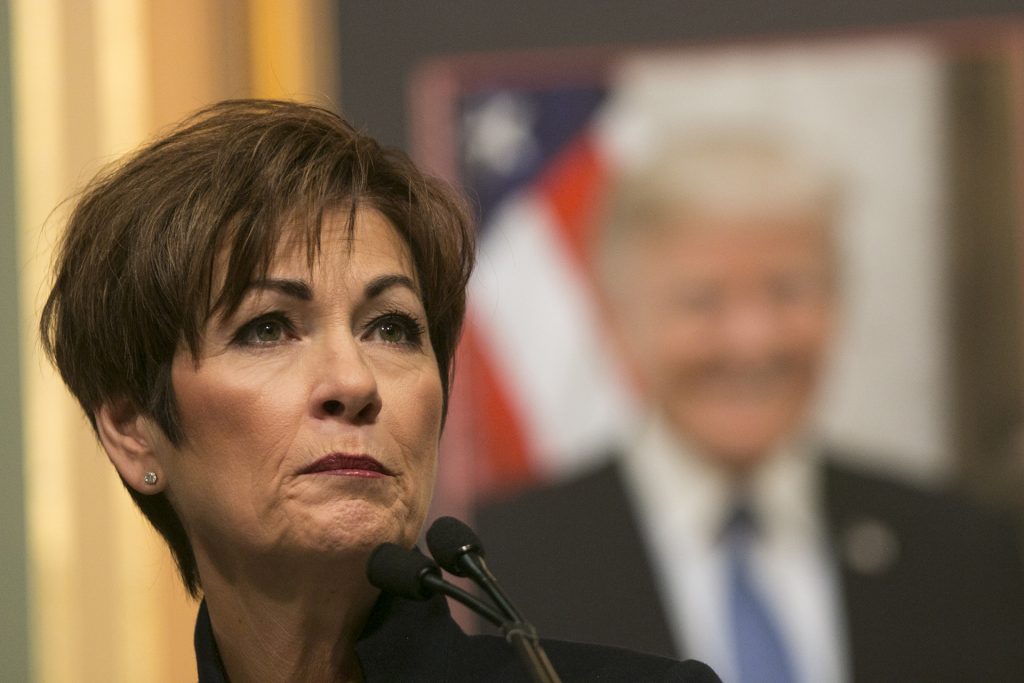 Iowa Gov. Kim Reynolds speaks during her first Condition of the State address in the Iowa State Capitol in Des Moines on Tuesday, Jan. 9, 2018. Reynolds took over the governor office in May 2017.

The state Board of Regents may see another reduction in state support amounting to $5.1 million if the state Legislature approves Gov. Kim Reynolds’ budget proposal.

At the start of fiscal 2017 (July 1, 2016), the regents received $513.6 million in appropriations. In February 2017, the General Assembly approved a midyear reduction in appropriations totaling $20.8 million across the three universities. Funding was reduced again in April 2017, with the state Legislature deciding universities would receive $9.6 million less for fiscal 2018.

Reynolds also recommended a $7.3 million increase to the regents’ enterprise in fiscal 2019. If Reynolds’ proposed cuts to the current year’s budget are approved, the funds would result in a net increase upwards of $2 million. The proposal falls short of the regents’ request for an additional $12 million in appropriations across the three regent universities, which would be earmarked for resident undergraduate financial aid.

In her Condition of the State address on Tuesday, Reynolds did not mention higher-education funding specifically, but said “education is a priority, and we will continue to back that up with real money.”
RELATED: After Tuition Task Force meetings, regents ask: ‘What do we do next?’Regent Executive Director Mark Braun said in a statement that the regents would continue working with the state Legislature and governor to see to it that sufficient funding is provided for the universities. He expressed appreciation for Reynolds’ support of higher education.

“ … We will continue to be good stewards of all funding, including appropriated funds,” Braun said. “Any reduction is challenging, but the Board recognizes the current fiscal situation the state is facing. We will work with our institutions to make any required FY18 reductions in ways that have as little impact on students as possible.”

UI Student Government President Jacob Simpson noted the change Regent President Mike Richards has ushered in since the departure of former Regent President Bruce Rastetter in a December 2017 interview with The Daily Iowan. Simpson said the summer 2017 Tuition Task Force meetings helped to provide insight on the UI’s thoughts on tuition in the long term.

“It’s all a balance to achieve a predictable funding model and then also important to us is the predictability for students,” he said.