UI Professor Emeritus Paul Greenough has studied the impact of urban house crows in Indian society as well as their recent decline in population. 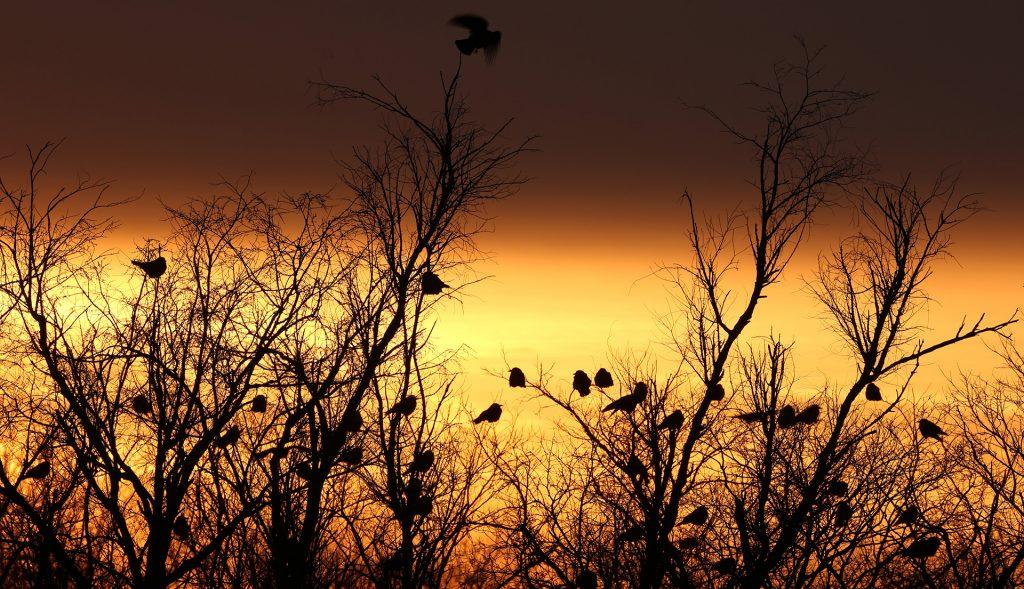 Urban crows across the world have been interacting and coexisting with humans for longer than anyone can remember.

Now, the relatively intelligent creatures (the crows, that is) are experiencing a decline in population, particularly in India. University of Iowa Professor Emeritus Paul Greenough has recently dedicated his work to studying the effect of crows on Indian society as well as the factors contributing to their disappearance.

On Dec. 14, he delivered the lecture “Chasing Urban Crows in India: A Fool’s Errand to Mend an Environmental Crisis?” for the Iowa City Foreign Relations Council.

Greenough described the traits of urban house crows in India as well as their interactions with humans. He presented a variety of factors contributing to their recent decline.

Greenough said he had his first encounter with house crows in Tanzania when the “local elders of the house-crow community” approached him. Eventually, he spent a six-month research fellowship in India studying the urban birds.

The crows themselves are a part of a genus known as Corvus, which have the ability to solve problems, create tools, and possess self-awareness.

“Animal studies have shown that corvids have intelligence absolutely comparable to that of the great apes, gorillas and chimpanzees,” Greenough said.

RELATED: For the birds, with feeling

It is very common for people in India to interact with crows by leaving out leftover food, he said. In response, he said the crows sometimes bring back small gifts such as shiny objects.

“House crows have had an effect on humans just as human provisions of foodstuff have shaped and directed the survival of the house crow,” Greenough said. “They are interdependent.”

One cultural example is crows’ critical role in some Hindu funerals. Greenough said rice balls are symbolically given to ancestors by feeding them to crows. But with the recent decline in the number of crows, he said, some priests have had to carve wooden crows to replace the real crows that don’t show up for the ritual.

Some of the possible causes for the disappearance of urban crows in India include mechanical trauma from cars and motorcycles and electromagnetic radiation from mobile-phone towers, he said.

He noted that the increase in building construction and tree-cutting could be destroying the nesting and roosting location of crows. Even the simple practice of putting garbage in a plastic bag is likely keeping crows from one of their biggest food sources.

“We live in an age of environmental crises,” Greenough said. “The ecological era we now live in is now characterized by industrial and agricultural practices that are so extensive and so energetic that we have begun to alter the surface of the Earth and the living creatures in it, on it, above it, and in its lakes, and seas, and so on.”

The Foreign Relations Council will continue to have weekly presentations about various international issues. Council Executive Director Ed Zastrow said the organization “schedules lecturers a semester in advance based on availability.”