Tribute for the Grateful Dead heads for the Englert

The Englert and Yacht Club will host a tribute for the classic rock group Grateful Dead with the help of cover band Winterland. 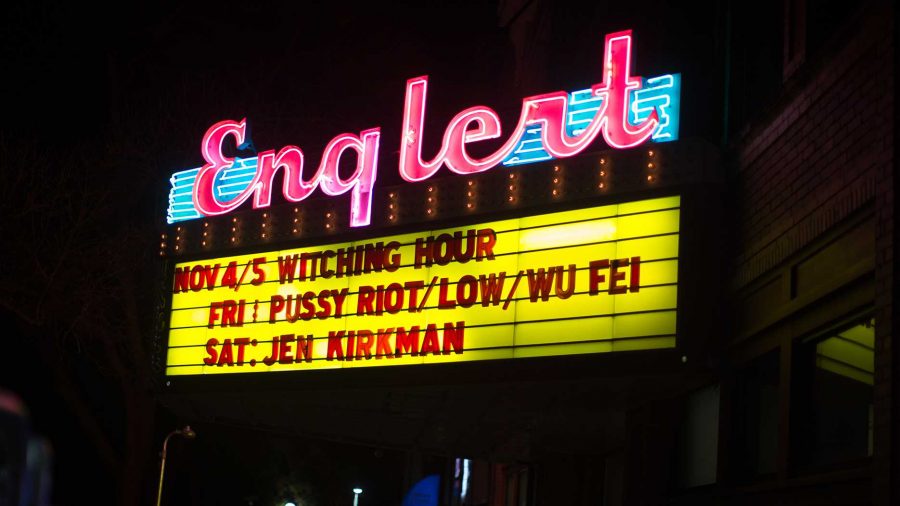 Stacy Webster, Winterland’s lead singer, lead guitarist, and band manager, was living in a University of Iowa dorm when a friend showed up at his door at 3 a.m. with a copy of the Grateful Dead album Terrapin Station in his hands. His friend immediately turned on the turntable and told Webster to “Just listen.” Webster, who had just awakened from a dream, has been a fan of the Dead’s music ever since.

“[I] listened to the songs in Terrapin Station … it’s just this strange, psychedelic, brilliant music, and it took me to this place I haven’t been taken to in music before,” Webster said. “After that, I was sold, and they became by far my favorite musical act. They just have, for my taste, more depth and possibility in their music than most bands do.”

The project for a Grateful Dead cover band began as a Halloween project with The Mayflies, a band that creates original music. The Mayflies began performing songs from the Dead at its Halloween shows, and, after receiving great response from audiences, Webster decided to create a cover band, which became Winterland.

“[In the early ’70s, the Grateful Dead was] doing a lot of freak-out, acid-trip jamming,” said Winterland drummer Jon Wilson. “There are great melodies and great chord changes … This is why this concert is exciting, because we are paying tribute to [the Grateful Dead’s] European tour in ’72.”

Similar to Webster, Winterland keyboardist Nick Vasquez became a fan of the Dead by listening to Skeletons from the Closet.

“I was 15 or 16, and I got Skeletons from the Closet: The Best of Grateful Dead, [and] it was just different from anything I’ve ever heard at that time,” Vasquez said. “[The Grateful Dead’s lyrics, written by Robert Hunter], are written in a pretty special way, and they had a great connection musically and lyrically.”

With band members from different musical disciplines, including soul, jazz, blues, and country/bluegrass, Winterland stylistically separates itself from other Grateful Dead cover bands across the nation.

“One thing that stands out in performing is [The Grateful Dead’s] improvisation,” Wilson said. “I play a lot of jazz, [and the songs] really [encompass] jazz [and other genres], in that there is a lot of improvisation in the music, especially the solos and jam sessions, where they may not play things the same way twice, and they go on adventures. So if I can be myself when I play, I enjoy that because there is spontaneity, and it doesn’t get stale, and you … let the music take you somewhere — it’s just fun.”

Webster, who sings the Jerry Garcia vocals, stresses that he and his bandmates do not try to sound exactly like the Grateful Dead. Instead, Winterland incorporates its own music styles into the songs, taking more risks on stage.

Playing the Dead’s music is not the only reward of being a cover band, though.

“What’s [also] rewarding to play [The Grateful Dead’s] music is just to see [its] fan base and [see how the] songs reach so many generations and genres,” said Wilson. “The collective family that [the Dead has] gained through [its] decades of performing still lives on … So I feel proud to bring [the fans’] memories back and to see them dance and their faces glowing.”