The DI Arts staff takes a look back at some of their favorite things from 2017. 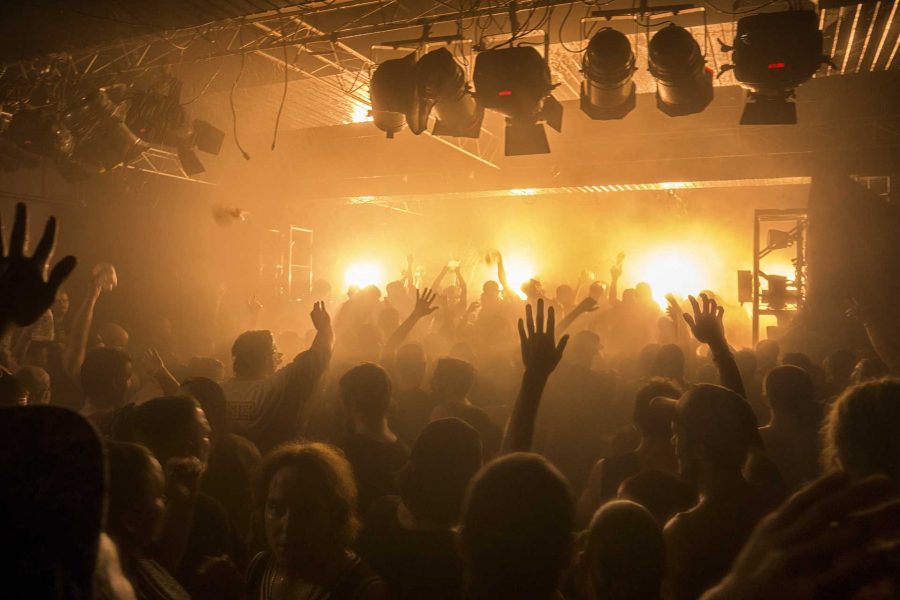 The average student day begins with pushing snooze three times, going to class, attending meetings, doing homework, or maybe hanging out with friends. Even with such a full day, something is still missing: background music, oh, and perhaps an amazingly shot crime-scene getaway. Baby Driver, a crime and action film written and directed by Edgar Wright, drove audiences mad with love on June 28.

Instead of having background music unknown to the characters, the film drew perspective from main character Baby (Ansel Elgort), who listens to his iPod to block out his ongoing tinnitus. Employed as a getaway driver by head mastermind Doc (Kevin Spacey), Baby helps out in an extremely dangerous heist, with unstable and questionable personalities. Will Baby be able to pull it off just one last time? Unlike most stars of action movies, Baby is kind, generous, and is seeking a way out of his unusual situation.

Baby’s work life remains isolated from his personal one. That is, until Baby gets in trouble with one of his most recent heist members. While taking care of his elderly, deaf, foster Dad, Baby meets music-loving waitress Debora (Lily James). Baby Driver holds the perfect balance of romance and action throughout the story line. Not all action movies are horribly written — some, such as Baby Driver, prove to be exceptional, sharp-witted, and funny. Character development was crucial, and grew with Baby and Doc. Toward the end, the audience sees Doc as a redemptive figure instead of a smart, entitled guy.

The soundtrack, created by “Baby” himself, thrilled audiences with some groovy hits to oldies such as “Baby Driver,” by Simon & Garfunkel. A film could have decent cinematography and writing, but to a select few, a soundtrack is what makes or breaks an exceptional film. Baby Driver is an original in itself, stretching the idea of an utterly normal crime/action movie.

Lorde’s Melodrama is a wonderful combination of alternative and pop-style music as it laces in electronic elements. Lorde encompasses the complexities of love and heartbreak through honest, emotional lyrics, as well as synthetic beats and dub steps.

Lorde also opens up about the fears of dating and letting someone else in your life in one of her most relatable songs, “Liability.” In this piano ballad, Lorde begins by singing about a breakup with someone who thought she was too much to handle.

The song becomes more poetic when she sings of running to be with someone else to make herself feel better — herself. Lorde expresses the feeling of being abandoned like a toy when ex-love becomes bored with her. “Liability” is a relatable ballad with heart-wrenching lyrics.

Melodrama is an intimate album filled with intense music and deeply honest lyrics.

This year, Taylor Swift returned after a yearlong break to release her sixth studio album, Reputation, reclaiming a top spot in the music industry with a new sound.

In her astounding comeback, Swift features electro-pop music with relatable, captivating lyrics. Throughout her most intimate album yet, Swift takes listeners into her world behind all of the gossip and drama that follows, but as Swift swears, “I swear I don’t love the drama — it loves me.”

Reputation marks a period of maturity for Swift, as she addresses heartbreak, sex, relationships, cruelties, and her reputation with vulnerability.

As a result, Reputation was recently certified as 3X Platinum by the Recording Industry Association of America in addition to being its top certified 2017 album to this day.

Ed Sheeran’s third studio album, Divide, portrays his incredible ability as a singer/songwriter to create a beat with his guitar and distinctive voice as a one-man-show. The music is also interspersed with electro-pop elements, providing more variety to Sheeran’s music.

Divide uses a diverse set of sounds. Sheeran incorporates synthetic, heart-racing pop beats in “Shape of You,” which quickly became a hit with its addictive beat and catchy melodies and lyrics.

It is evident that he put a lot of thought into his album and songwriting. As a result, Divide continually landed at the top of the Billboard music chart.

Kesha’s comeback is bigger and better than ever with Rainbow. She finds a new confidence as she sings “Praying” in which she deals with the trauma of sexual assault. Her assertiveness also shines in other tracks, such as “Let ‘Em Talk,” a fun song to dance along with while singing about not caring about what others think of you.

The Beatles drummer Ringo Starr is back promoting peace and love. Starr sings about themes of bettering the world as whole by taking action in being a part of the solution. The album even includes a few revisions of some of his first hit singles including, “Don’t Pass Me By” and “Photograph.”

The Zac Brown Band sticks with their classic acoustic sound and songs filled with love on Welcome Home. Their newest album feels rawer than their previous releases, since the majority of the songs are more mellow, as he sings about the meaning of home and how to fall in love once again after so many years of being with someone.

Illenium creates a euphoric atmosphere with Awake. Many tracks only contain some vocals, and differ from the stereotypical “beat drop,” which is not bad, but it fun to listen to how Illenium plays with that concept. The tracks are lively, even when the lyrics are sad, which is uplifting.

Each time The Maine releases a new album, it is always a surprise because the band is always changes their sound and it always seem to work. Lovely Little Lonely is no exception. The album is filled with faster tracks along with slower, along with more melodic songs that are never lacking in energy.

The album speaks for itself. Kendrick is known for his powerful raps, and DAMN. does not disappoint. However, Lamar also creates a lighter sound in his newest album. The album finds an exemplary balance between love, finding oneself, and social justice in only 14 tracks.

Khalid’s debut album showcases his beautiful voice, while the album navigates what it means to grow up, which means dealing with heart ache and sadness, but also discovering a sense of self. The album is filled with original melodies that make it hard to believe American Teen is Khalid’s first album, and that he is only 19-years-old.

The Killer’s explores a more soothing soulful rock in their newest album, Wonderful Wonderful compared to their past work. The album works with themes of trying to feel better even when it seems impossible. Each song explodes with emotion differently, some all at once, while others in the powerful lyrics.

Bleachers plays with synth drums, keyboards, and guitars for a unique sound that is easy to dance to, while playing with deep meaningful lyrics. The Gone Now album is versatile, since it is great for a jam session with friends, or to cry to alone. Many of the songs are about loss or love, and how to deal with those anxieties.

“Dear Evan Hansen” is about a misfit boy, who feels invisible until he is given the chance to reinvent himself after a traumatic incident hits his town. The music seamlessly maneuvers through the life of Evan as he discovers what it means to belong. The hit song, “Waving Through A Window” is a beautiful power ballad about what it feels like to feel unheard.

Unfortunately, if you’re just tuning in, The Black  Tapes wrapped up in November, but that’s the beauty of podcasts, you can start from the beginning and go from there. The Black Tapes is about an investigative reporter named Alex Reagan, and her story follows her investigation into Richard Strand, the founder of the Strand Institution, which works to debunk claims of the paranormal. Told through diaries and interviews, the podcast will make you want to sleep with your lights on as you get further and further into the season.

Think of it as a refresher on some of those classic books you had to read in high-school English but never did. Jason Weiser takes some of the classics of English literature and breaks them down into something digestible by putting it in both modern wording and context. It is a fantastic way to help yourself stay up with some of the plots to those classic books you only read in high school and never again.

Weiser also has another podcast called “Myths and Legends,” in which he takes the legends we think we know and “re-words” them. Recently, he wrapped up his multipart series on Norse mythology, starting from the beginning of the Norse gods all the way to Ragnarök, the supposed end of the world.

True-crime fans, rejoice. You finally have an in-depth series exploring Heaven’s Gate, the cult known for the mass suicide of 39 of its members in September 1997. The people believed that if they killed themselves, they would be able to reach the extraterrestrial spacecraft following Comet Hale–Bopp. The podcast is hosted by Glynn Washington of “Snap Judgment.”

Among all of the natural disasters, exposed celebrities, and political nonsense, we lost one of the most innovative social platforms in 2017.

In January, Vine had officially died after running strong for four years, being renamed as Vine Camera. The lifespan of Vine documents another tragic tale of a figurine falling from its glory just as it reached its prime.

However, with co-creator Dom Hofmann stating he may bring the app back, it’s important to reflect on the pieces of art Vine continuously provides for our pleasure.

With 2018 approaching, we can also see if Vine 2 can possibly live up to Vine’s impeccable standards.