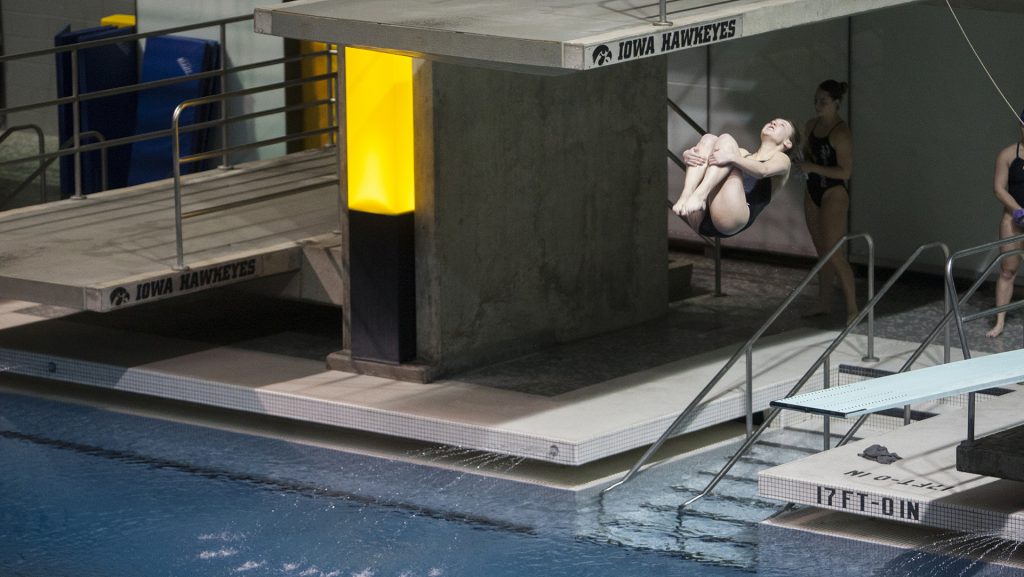 The Iowa men’s diving team has sent two of its members to Greensboro, North Carolina, to compete in the USA Diving Winter National Championships today through Dec. 19.

Senior Will Brenner will compete first for the Hawkeyes in the 1-meter competition today. There are no preliminaries, so the semifinal round is held in the morning, and the finals will be held tonight.

There are 23 entries for the men’s 1-meter dive, with only eight going on to the finals. Each diver will perform six dives per round.

Freshman Anton Hoherz will compete over the course of two days. On Friday, he will dive in the men’s platform preliminaries, followed by the semifinals that night. On Dec. 17, the finals will be held as the first event in the evening.

Only 12 divers are entered for the platform competition, with all of them going onto the final to perform six dives.

Each day starts off with an open warm-up for both the morning and afternoon sessions. Each event has its additional warm-up time. For each finals round, it will start with an event introduction followed by the awards ceremony.

Around 150 athletes will compete for 10 national championships on both the men’s and women’s sides.

Last season, the Hawkeyes didn’t compete at the USA diving event. However, both Brenner and Hoherz competed in USA Diving Championship meets.

Hoherz last competed in the 2017 USA Diving National Diving Championships. Before that, he placed second in the junior platform competition at the National Preliminary Zone B Championships.

In the 2016 USA Diving National Championships, Hoherz placed third on the senior platform, giving him plenty of experience against this level of competition.

Following this meet, both the men’s and women’s swimming and diving teams will return to competition at the Campus Recreation & Wellness Center Jan. 12-13 to face Notre Dame and Illinois.