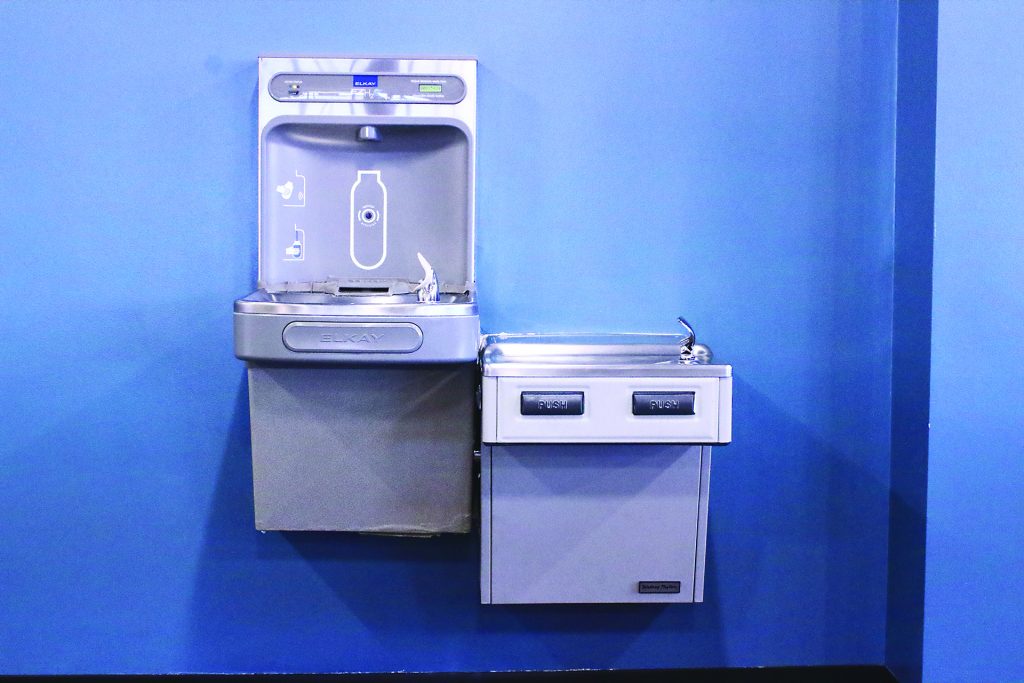 A shiny water fountain sits in Hillcrest on a crisp afternoon. It pours water into bottles, and also shoots water for those who do not own a water bottle. (Ashley Morris/The Daily Iowan)

Water fountains on campus could see some changes in the future.

Although it was suggested in a petition that gained attention on University of Iowa campus that the filters on refill stations for water bottles may be discontinued, Facilities Management said it will continue to replace the filters on the fountains as needed.

A petition by UI law student Ryan Shellady took off several weeks ago that urged the university to continue replacing the filters on the refill stations across campus. As of Thursday, it had garnered more than 2,600 signatures.

“From the beginning, what was told to me is that Facilities Management was initially kicking around the idea of stopping replacing the filters because it was going to install a reverse-osmosis system on campus,” Shellady said.

Shellady believes the stance of Facilities Management may have changed in light of the petition.

Wendy Moorehead, the strategic communication manager for Facilities Management, said that at this time, the department has no plans or discussion of halting the replacement of the filters on existing refill stations.

She said Facilities Management plans to begin research on the costs and benefits associated with the filters in order to make an informed decision for the future.

“Since March of 2017, we installed a new carbon filtration system at the main Water Plant. In essence, there’s already a carbon filtration method in place,” Moorehead said. “So having a filter at the tap is kind of redundant.”

She also said officials are considering using a gooseneck faucet on water fountains instead of the Elkay stations that are installed at campus water fountains.

“The university Water Plant is held to the standards in the Safe Drinking Water Act,” said David Cwiertny, a UI associate professor of civil/environmental engineering. “Thus, the filters are not necessary from the standpoint of producing safer or ‘cleaner’ water.”

Moorehead said that early next year, Facilities Management will have a reverse-osmosis system installed at the Water Plant as well.

Iowa Institute of Hydrosciene & Engineering Research Scientist Christopher Jones said reverse-osmosis filtration systems remove virtually everything from the water, including salts and ions such as nitrates that carbon filtration does not. It also removes fluoride, which he said, has beneficial properties for dental health.

“Reverse osmosis is a very high level of treatment. It will produce a very clean drinking water,” Cwiertny said. “So much so that oftentimes large scale water-treatment facilities using reverse osmosis have to ‘re-mineralize’ their water after treatment.”

Cwiertny said the downsides are that reverse osmosis is more expensive and energy intensive, and it can waste a lot of water.

“Ultimately, this issue is really about making sure students are informed and involved in changes that fundamentally affect their daily lives,” Shellady said.