Mission Creek is entering its 13th year, and it has announced its lineup for next spring. 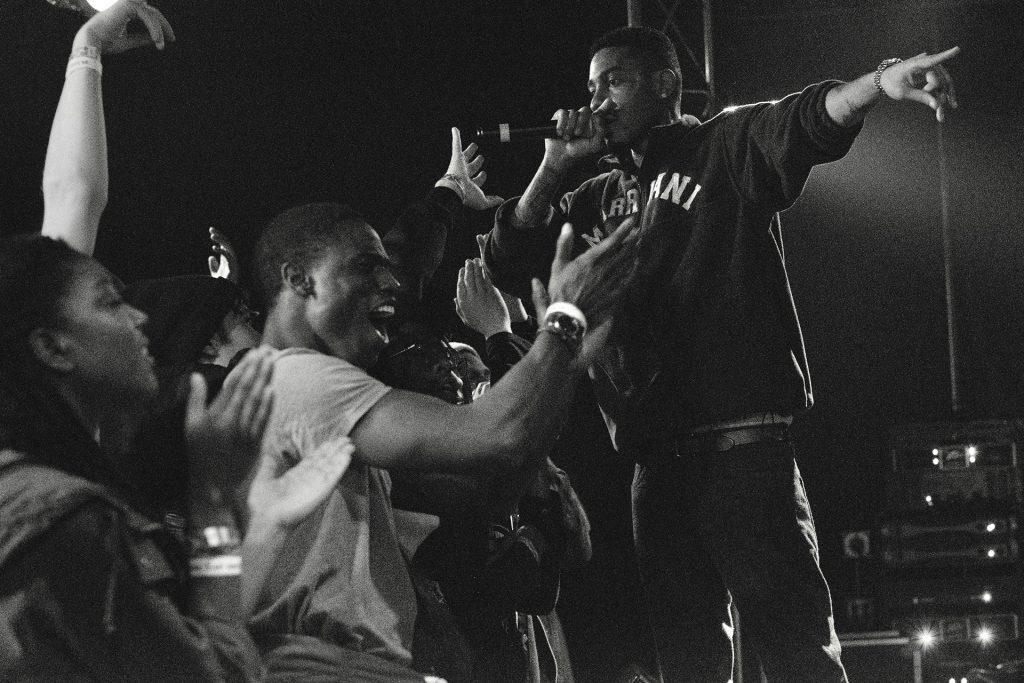 Sir Michael Rocks of The Cool Kids Performs at Blue Moose on Friday April 7th, 2017. The Cool Kids reunited in July 2016 after a hiatus beginning in 2012. (The Daily Iowan/Nick Rohlman)

Mission Creek, Iowa City’s music, art, and literary festival has continually grown for going on 13 years, with each year promising better lineups. This coming year, Mission Creek will run from April 3 to 8 and will include such famous names as Roxanne Gay, Carrie Brownstein, and Amber Tamblyn.

The festival has released its lineup and pass information: A full week pass is $150, and a weekend pass — new this year — is $75.

Below are some festival highlights.

Perhaps the most exciting event of Mission Creek this coming spring will be a panel discussion with Slater Kinley lead Carrie Brownstein, essayist Roxanne Gay, known for her essay collections Bad Feminist and Hunger, and actor and poet Amber Tamblyn. It will take place at the Englert, 221 E. Washington St.

All ticket-sale proceeds from the event will benefit Girls Rock, an Iowa City nonprofit that focuses on helping young girls and trans-identified kids explore creativity and build self-esteem with rock ’n’ roll.

Who’s Who of the Music Lineup

Some of the lineup for Mission Creek’s 13th year includes the likes of the indie-rock band Built to Spill and indie-rock duo Wye Oak. Other recognizable names include Younger, Hot Tang, Jack Lion, and Sister Wife, among many others.

Those familiar with the Iowa City music scene will recognize Elizabeth Moen’s name in the lineup. She is an Iowa City local who has spent the past year or so touring around Europe and the continental United States. Moen is reinventing folk; this is not your dad’s Judy Collins. Instead, this is a folk band for the new millennium.
RELATED: Mission Creek dazzles Iowa City crowds again
Who’s Who of Comedy

The readily recognizable name for those familiar with the international comedy circuit is Bassem Youssef, an Egyptian comedian, writer, and media critic. He is best known for hosting the Egyptian satirical news program “Al Bernameg” (which translates to “The Show”) from 2011 to 2014. Other comedy acts include Quinta Brunson and Friends.

Who’s Who of Literature

While Iowa City no longer holds the title of the only UNESCO City of Literature in North America, that doesn’t mean the city’s love of literature is going away anytime soon. Mission Creek’s lineup of literature-related events serves as a reminder of how instrumental literature is to the very fabric of Iowa City.

Aside from the trifecta that will be the conversation among Gay, Brownstein, and Tamblyn, literature events seem to make up a large portion of the programming this time.

Some of the events include: Lidia Yuknavitch, the American author of the memoir The Chronology of Water, and the novels The Small Backs of Children, Dora: A Headcase, and The Book of Joan. She is also known for her TED Talk “The Beauty of Being a Misfit,” which has garnered more than 2 million views on TED’s website.

Other prominent names include Sandra Allen, the author of A Kind of Mirracullas Paradise: A True Story about Schizophrenia; Hafizah Geter, a Cave Canem Fellow and a 2013 Blacksmith House Emerging Writer; VIDA, a nonprofit feminist organization that helps amplify marginalized voices in the literary community.

With Mission Creek now in its teenage years, and this coming spring holding more promise than ever, it will be exciting to see what the season holds for the Iowa City community.