Young steps aside for Marinelli to claim 165 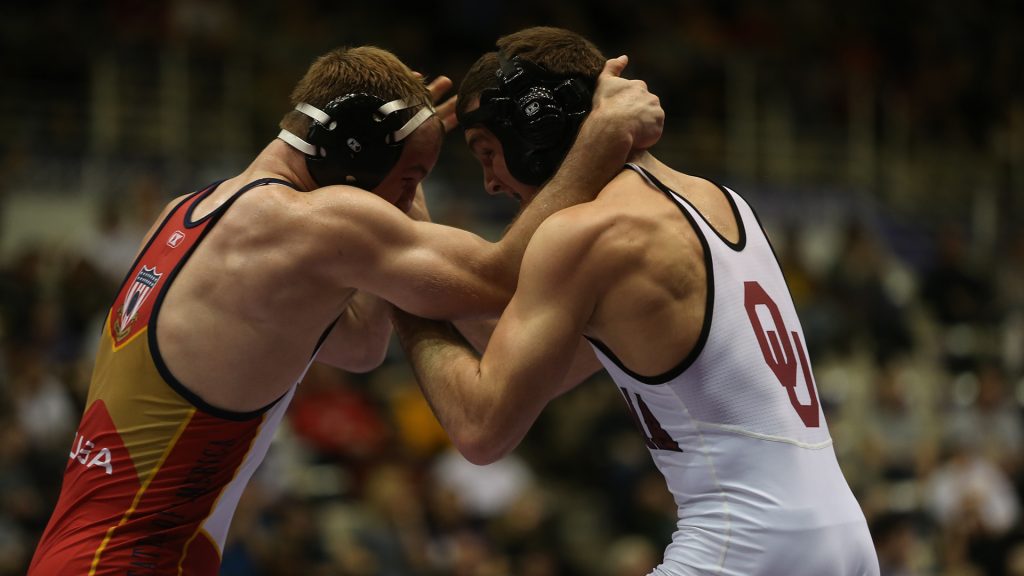 Marinelli will make his début after taking Young’s spot at 165.
By Taylor McNitt
[email protected]

A record of 3-2 isn’t a bad way to start the season, especially when the only two losses came by wrestling the third- and second-best wrestlers in college wrestling at 165 pounds.

This is where unranked redshirt freshman Kaleb Young finds himself coming into this weekend. Where he doesn’t find himself is securely in his spot in the lineup.

“I know one guy that’s going to go [to Rutgers and Maryland] that’s really excited, and that will be at 165: Marinelli,” head coach Tom Brands said. “He’ll be going. We got Kaleb Young on the trip as well, [but] Marinelli’s got the nod. It’s his weight class.”

Young held Marinelli’s weight class until now, but this is when Marinelli steps forward to claim it as his own.

Upon joining the Hawkeyes, he was redshirted to build more experience and collect a few more titles along the way. He ended last season with 13-2 record and is coming off of an injury to take the mantle.

“Alex Marinelli, we’ve been talking about him a long time,” said Brands. “And you know what? We’re excited about him, and we know our fans are as well.”

But where does this leave Young?

Brands said, Without much complaint, because that’s just who Young is.

“Young is good in a lot of ways,” said Brands. “He covers two weight classes for us. It’s not just a fill-in. He’s a guy who’s bought in. There’s no drama with him. He knows his role. He’ll do whatever the team needs, and he’ll do it with a good attitude.”

Even with a good attitude, being bitter would be understandable in Young’s position. But still a freshman, he has time to claim that spot again or claim another, as Brands hinted at.

What the program is focused on, however, is the present. And at the present, Marinelli is ranked No. 14 by Intermat, healed, and ready to go.

“Everything’s good, I’m 100 percent healthy,” said Marinelli. “Tom made the call to not push anything and let my body heal; if you push something too fast, something bad could happen. My mentality is just stay smarter and take my shots. My position’s a lot better than last year. Being here for a year and redshirting has kept me in good position and improving. It’s what I’ve been dreaming of. I’m excited to go out there and wrestle.”

Marinelli’s excitement isn’t hard to spot, and he and Brands aren’t the only ones excited. Sophomore Michael Kemerer is as well.

“He’s eager to get out there,” Kemerer said. “He’s excited. I mean, he’s been around for a while, and every week, he’s been saying how he wants to be out there and he’s ready to go. As far as wrestling, he’s always tough, and he’s working hard every day. It’s good to see him being out there. He’s been waiting for it.”