War against ‘War on Christmas’ grinds on 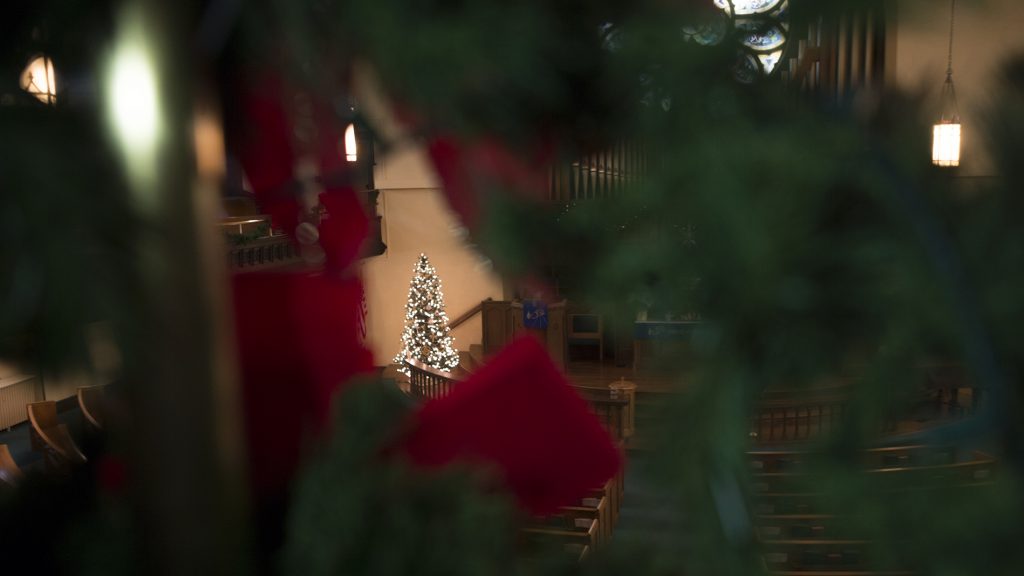 President Trump proclaims that he will end the so-called ‘War on Christmas,’ but University of Iowa students don’t see it quite the same way.
By Julia Shanahan
[email protected]

President Trump said in a speech on Oct. 13 that he will ensure that “we’re saying ‘Merry Christmas’ again.”

This was in response to the so-called “War on Christmas,” which goes back to the 17th century, when Puritans thought Christmas celebrations were not following their interpretation of the Bible.

In 2005, radio host John Gibson published a book titled The War on Christmas: How the Liberal Plot to Ban the Sacred Christian Holiday Is Worse Than You Thought, which centered on the idea that educators and officials were banning nonreligious symbols like Christmas trees and Santa Claus. The arguments put forth in the book became widely publicized after Fox News promoted them.

Today’s War on Christmas focuses on the political correctness of saying “Happy Holidays,” along with holiday decorations this time of year. Trump wants to “end the attacks on Judeo-Christian values,” he said in  his October 13th speech.

Haley Steele, a student leader at the University of Iowa’s Salt Company, leads weekly connection-group meetings in which attendees talk about that week’s sermon. Salt Company is a campus ministry, and it meets once a week to listen to its pastor talk about God, Jesus, and the Gospel.

Steele attended a public high school, which had a Christian majority, and it used sensitive terminology such as “winter break.” Steele said her meaning of Christmas is based on the original message from the Bible, so it doesn’t matter what Trump’s view is or what the correct terminology should be.

“God calls us to love everyone and to respect everyone, even if they don’t match my personal beliefs,” Steele said.

In Iowa, 77 percent of adults described themselves as Christian, accord to Pew Research data from 2014. In the study, fewer than 1 percent were Jewish, 1 percent were Muslim, and other religions were under 1 percent. Atheists made up 9 percent.

Abdual Ismail, the vice president of the UI Muslim Student Association, celebrates Eid Alsitr and Eid Aladha. He said that when he was in grade school, he would get pulled out of school for these holidays, and he would do a morning prayer in a mosque and then spend the rest of the day with family and friends.

Ismail said that while growing up in Quad Cities and attending a public school, education was mostly centered on the Christmas, besides the few world-religion classes.

“Either way, we’re going to celebrate our holiday,” Ismail said.

UI freshman Ryan Silberman found himself in a similar situation. He comes from a Jewish background and primarily celebrates Hanukkah. He grew up in Arlington Heights, Illinois, and only knew of a few other kids at his public school who shared his background.

“I was the only Jewish kid, so at some point you get used to it,” Silberman said. “Wouldn’t saying ‘Merry Christmas’ be an attack on other religions’ values?”

UI sophomore Darian Thompson grew up celebrating Christmas and has a Protestant background but has the same view as Silberman. He went to a public high school in Cedar Rapids and said the school didn’t get much of an education beyond Christmas.

Thompson says that it should be the school’s responsibility to have a universal curriculum so there’s less stigma for other holidays, and that by doing away with the political correctness of saying happy holidays, people would have no choice but to acknowledge others.

“It’s the right thing to do because it’s inclusive of other people’s religions and makes everyone comfortable,” Thompson said.