Prall: How Democrats can win back rural Iowans 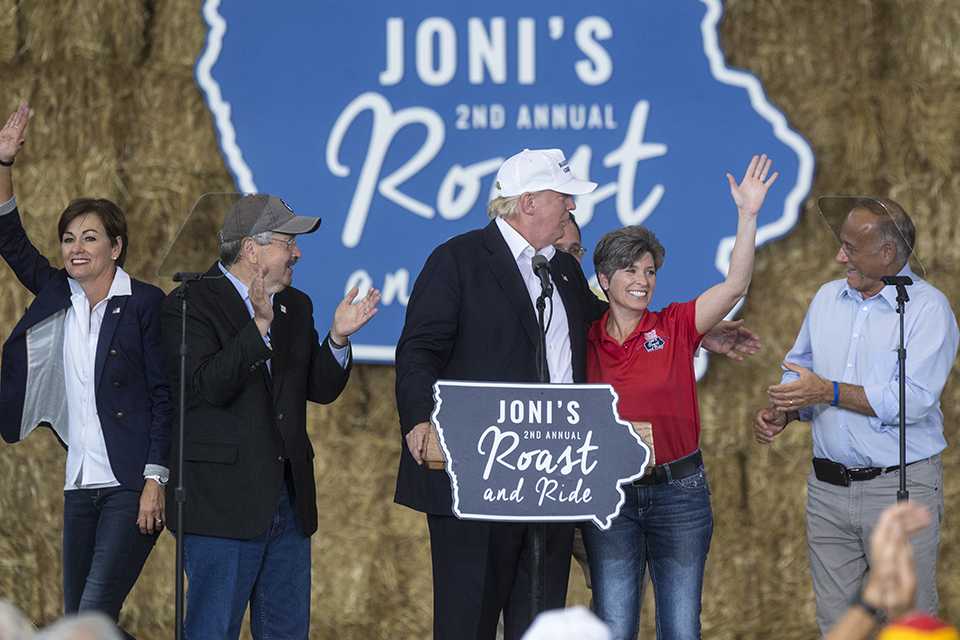 The Democratic Party is struggling to connect with rural Iowans, but things don’t have to stay this way.

As the Branstad Era comes to an end, Iowa Democrats are rejoicing. Over the last 10 years, Branstad and Iowa GOP state legislators have pushed the most conservative agenda in decades. The agenda targeted women, low-income families, and public workers in Iowa with cuts to women’s healthcare, slashes to collective-bargaining rights of public-sector unions, and voting rights and minimum-wage restrictions.

The race for governor provides a perfect opportunity for Iowa’s Democrats to re-establish themselves in the minds of the voters. It will be a crowded race, with two Republicans, seven Democrats, two Libertarians, and one independent steeling themselves at the starting line. But anyone who has traveled outside Iowa’s metropolitan centers knows winning isn’t going to be easy.

To put it lightly, Democrats are out of favor with rural Iowans. Where once Democrats could win by large margins, a rash of red has engulfed nearly all of Iowa’s 99 counties. Since 2010, the Democratic Party has lost six of seven races for president, governor, or U.S. senator. In five of those losses, the Democratic candidate won fewer than 10 counties. Outside of President  Obama’s 2012 re-election victory, no Democrat has won a county west of I-35 since 2008.

There is plenty of blame to go around, and much of it belongs to Iowa’s Democratic Party. It has lacked cogent messaging or a comprehensive strategy to win over rural Iowans. Often, Iowa Democrats simply don’t show up in rural counties at all, focusing their time and attention on urban centers, forgoing trips to the majority of counties in the state. Whoever wins the governorship will have built a statewide coalition. Democrats cannot continue to focus solely on their bastions of liberal progressivism concentrated in city centers, they must expand their reach and message to all corners of the state.

How will Iowa’s Democratic Party connect with rural Iowans? The first step is to make the time for them, to visit the dozens of rural communities. Once there, Democrats must concentrate on two objectives — make their values clear, and listen. Rural Iowans don’t feel heard by Democrats — proselytizing won’t do anyone any good. Already, some Democrats are making the effort. The Des Moines Register followed Betty Brummett, Taylor County Democratic chairwoman who carries business cards reading “I am an Iowa Democrat.” On the back, it reads, “We share these values: Integrity; Responsibility; Security; and Stewardship.” Brummett is an example to follow, meeting the rebukes Democrats receive in rural Iowa with conversations about shared values.

Once a set of values have been agreed upon, a common ground found, what remains is to see whether the Democratic Party platform is engaging to rural Iowans. Democratic gubernatorial candidates have boiled down their platform to three focus points: education, wage growth, and health care. They are finding no shortage of ammunition to fire, supplied by state and federal GOP policies. Rural counties are most underserved by the state when it comes to education, and GOP-backed budget cuts continue the trend of disappearing schools and opportunity in rural Iowa.

The minimum wage is a sticking point, but not an insurmountable one. Many rural Iowans, and indeed workers across the country, are paid at or near $15 an hour for manufacturing work or other intensive jobs. A minimum-wage increase seems unfair because it equates the lowest wage jobs with theirs. What is misunderstood is that a minimum-wage increase will inevitably drive wages up across the board through an increase in competition among those demanding labor in the labor market.

Republican policies, especially on the federal level, have contributed to the massive wealth divide in the country. Republicans are fighting to take away workers’ bargaining abilities and to deregulate Wall Street, both moves that will harm the average Iowa worker far more than help. Democratic policies of increasing the minimum wage, increasing scrutiny on Wall Street, and increasing the power of workers to negotiate higher wages will bring more money into more Iowa homes.

In the health-care debate, there is no question of which party has the better record. The privatization of Medicaid in Iowa, an initiative led by Gov. Terry Branstad, has been a disaster, and national Republicans continue fighting to repeal portions of Obamacare that would leave thousands of Iowans uninsured. Those who remain insured will face massive premium hikes on a level not yet seen.

The race for governorship will be a decisive flashpoint for Iowa’s Democrats. If they commit the necessary resources and patience to connecting with all of Iowa’s 99 counties, they may pave the way to a new beginning for the party in the state. If they don’t, Iowa’s legacy of moderate politics may be eroded for good, washed down the Mississippi with the soil and phosphorus.