Not outside the box, no boxes 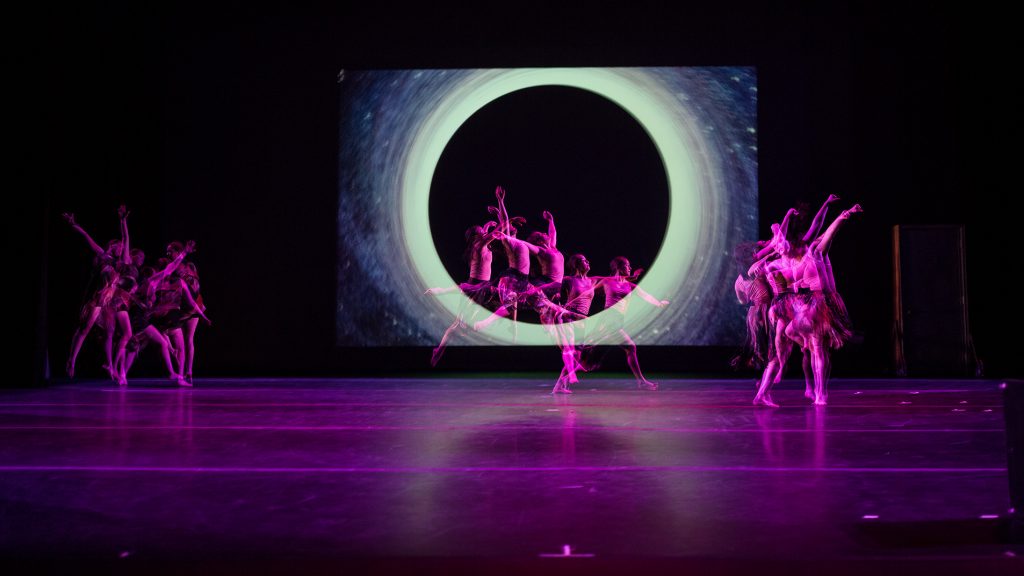 This weekend, audiences will have the opportunity to be captivated by a performance that encompasses diverse artistic expressions.

Graduate students from the University of Iowa course Collaborative Performance will perform their recent collaboration, Point.0, tonight through Saturday at Space/Place. The performance will involve artists from numerous disciplines, including dance, film, text, and music.

“We want to demonstrate to an audience that it’s possible for anyone from any art form and style to be able to collaborate and communicate with anyone else,” course instructor Michael Sakamoto said. “Any two people can communicate, they just need to make the effort, and for me, that’s the deeper message of the show.”

The show is titled  Point.0 to reflect today’s digital culture. Sakamoto emphasized that every new software or operating system is always referred to as a numbered version, such as “2.0” or “2.5.” Titling the performance Point.0 is like going back to the very beginning.

“What we are trying to model is basic and necessary ways of communicating with each other, because that’s what the world needs today,” Sakamoto said.

Also, every component in the performance is original, developed through collaboration among artists.

“We want to show that [this performance] could only have been put on by this particular group of artists working together,” said Marc Macaranas, the director of Point.0. “Everything from the live music [and] the performances to lights and … design are all unique to this cast, [the performance’s] creators.”

The class of seven students also organized into small groups and experimented with different stimuli, including text, movement, and sound.

Hadiza Sa-Aadu, an M.B.A. student at the Tippie College of Business and the first non-arts student to participate in the collaborative performance, recalls playing the “Yes and …” game.

“The ‘Yes and …’ game is basically an improv technique … You’re on stage, and somebody comes up with … an issue or topic as the basis of a conversation between two or more people,” Sa-Aadu said. “The challenge is that whatever someone says, you can’t negate it. You have to add to it, so instead of killing ideas before they have the chance to form, you just explore as many things as possible no matter how ridiculous they might seem, and that definitely produced a lot of interesting ideas and discussions.”

Point.0 will be compelling with different art forms and expressions, but Macaranas points out there is one more component missing.

“I’m looking forward to seeing the completely finished product,” Macaranas said. “We put so much work into developing the show … the only component we’re missing now is the audience.”